In This 'Lovecraft Country' Trailer Jordan Peele And J.J. Abrams Haven't Even Gotten To The Real Strange Part 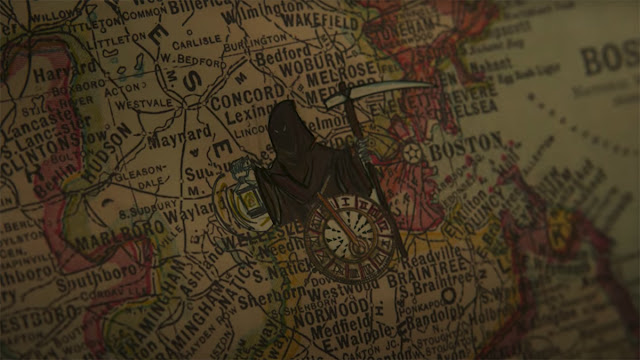 Oh yes, this is the kind of thing we like to see. Big episodic horror from an all-star creative team, with an incredible cast, on a premium network known for major production value. We’ve been waiting for HBO’s Lovecraft Country, produced by Jordan Peele and J.J. Abrams, for a long time. While we won’t get it until August, we finally have our first look at a trailer.

Lovecraft Country has a fantastic cast, which is on full display in this trailer. There’s Jonathan Majors, Courtney B. Vance, Michael Kenneth Williamas, Jurnee Smollett-Bell, Abbey Lee, Jamie Chung, Wunmi Mosaku, Aunjanue Ellis, and more. Based on the novel of the same name by Mark Ruff, showrunner Misha Green oversees the story that combines Lovecraftian supernatural horror with the strained racial tension of 1950s middle America.

[Related Reading: 'Get Out' Movie Review]

From the glimpse here, this looks weird and tense and dark, in all manner of ways. It’s framed as what looks like a road trip/hunt for a missing person. One with monsters, both human and otherwise, and it all adds up to something we’re dying to check out.

HBO’s new drama series, based on the 2016 novel by Matt Ruff of the same name, debuts this August. The series follows Atticus Freeman (Majors) as he joins up with his friend Letitia (Smollett-Bell) and his Uncle George (Vance) to embark on a road trip across 1950s Jim Crow America in search of his missing father (Williams). This begins a struggle to survive and overcome both the racist terrors of white America and the terrifying monsters that could be ripped from a Lovecraft paperback.

And if that’s not enough detail to satiate you, HBO also has an in-depth breakdown of the characters and what they’re up to.

Atticus (Majors) is a Korean war vet who always has a pulp novel in his back pocket, and wears his heart on his sleeve despite the daily injustice of living in Jim Crow America. His father, Montrose (Williams), however is hard headed and secretive, and always believed you can’t live in a fantasy world — making him less-than-thrilled about his son’s love for pulp novels.

It’s Atticus’ uncle (Vance) who’s always been more like a father to him. Warm, funny, and well read, he was the first to introduce Atticus to the wonderful and strange world of pulp novels. As the publisher of the “Safe Negro Travel Guide” he’s been on enough adventures to understand there’s no place like home.

Letitia “Leti” Lewis (Smollett-Bell) hustled her way across the country as an artist protesting for civil rights and now finds herself back home to plant some roots. Her half-sister Ruby (Mosaku) is also a hustler, but her hustles haven’t paid off. Her family ties are tested when she’s presented with an offer she can’t refuse. Hippolyta Freeman (Ellis) is a star-gazer who’s been a housewife most of her life, but has dreams of getting into some adventures of her own. Her itch for adventure will eventually, literally and figuratively, take her to the stars and beyond.

Eustice Hunt (Harris), is a sundown county sheriff with a NAACP complaint file a mile long, and a marine tattoo on the back of his neck so the enemy has something to aim at, gets more than he bargained for when he crosses paths with Atticus; Ji-Ah (Chung) is a seemingly naive nursing student who is thrust into active service when war breaks out, and a rash of soldier disappearances suggests she is more than what she seems.

Christina Braithwhite (Lee) is the only daughter of the leader of a secret order calling themselves the “Sons of Adam.” She’s gone to great lengths to earn her father’s respect, but to no avail. She’s going to pave her own path to power, and use Atticus and his family to do it. Willam (Smith) is Christina’s henchman, lover, bodyguard, spy, or whatever else she may need him to be. Blonde-haired, blue-eyed, he’s the “perfect specimen” for the Aryan race.

There’s not a specific premiere date for Lovecraft Country yet, though it debuts on HBO sometime in August 2020.
Posted by Brent McKnight at 10:48 AM