'Legacy Of Lies' Trailer: Scott Adkins Is An Ex-Spy With A Troubled Past 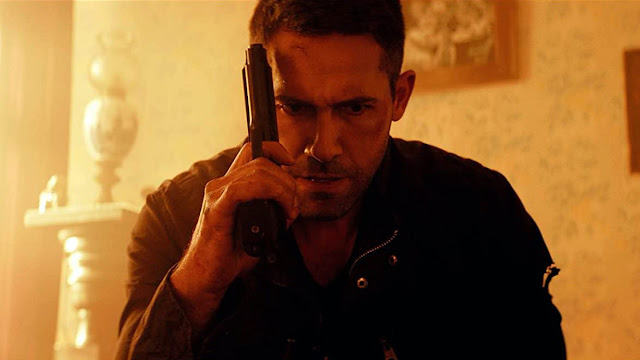 Thank god for Scott Adkins. While we’re lucky if we get a couple of big, bloated studio action movies a summer, maybe one in the fall, the British martial artist consistently churns out three or four (sometimes more) badass DTV actioners a year. And they tend to be the low-budget, bone-crunching, from-a-bygone-era style we adore around these parts. We’ve kept an eye on the development of Legacy of Lies for a while now, but we finally have our first trailer, and it is good.

This Legacy of Lies trailer has damn near everything we want from a Scott Adkins movie. There’s face kicking, gunplay, international espionage, double crosses, uneasy alliances, underground fighting, kids in peril, all the goodies. And, of course, the high-quality cinematic violence we’ve come to expect from Adkins at this stage of his career.

This is the kind of movie where the protagonist is an ex-spy with a troubled past. And in case that isn’t clear from the jump, a character actually says those words out loud. Here’s the synopsis:

Martin Baxter an ex-CIA agent is thrown back into the world of espionage and high stakes when Shasha Stepanenko, a beautiful young Ukrainian journalist seeks his help uncovering the shocking truth about covert operations conducted by the Russian Secret Service.

What haunts former CIA agent Martin Baxter?...ancient enemies, unfinished business or a feeling of worthlessness? Ten years have passed since he resigned the CIA after making a fatal misjudgement in a covert op in Kiev in which he tried to get hold of secret files containing proof of operations conducted by the Russian Secret Service...

Is he willing to die to reveal the truth or let millions of people die...?

Adkins may not rewrite history when it comes to action, but he’s always dependable for a genre outing the likes of which dominated earlier days but that don’t get made much anymore. When they do get made, they usually stars certain granite-jawed British leading man. And we’re down with that.

Legacy of Lies is Danish filmmaker Adrian Bol’s first feature as both writer and director. He has a number of shorts under his belt, but from what we see in this trailer, he has a solid grasp on the action. It doesn’t hurt that he has all-star fight choreographer Tim Man (Triple Threat, Boyka: Undisputed, and too many more to list) handling those duties. Between Man and Adkins, you’re bound to come up with nice looking on-screen fisticuffs.

Legacy of Lies spin kicks the world in the face on July 28 and you bet we’ll volunteer to be in the first wave when it lands on VOD.
Posted by Brent McKnight at 8:32 AM