10 Movies To See At The Fantasia Film Festival 2020 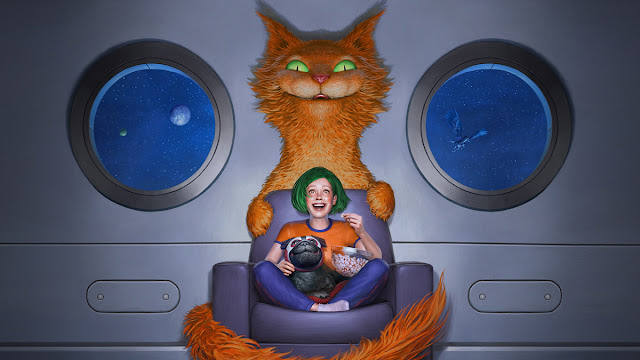 With COVID-19 running wild, film festivals as we know them are, maybe not a thing of the past, but quite different. For the time being anyway. (Hopefully only the time being.) Many have been cancelled, but a few intrepid endeavors have chosen to soldier on digitally. That includes one of our favorites, Canada’s Fantasia Film Festival, a repository of cinematic weirdness, filmic mayhem, and genre nonsense of all stripes. And that’s a good thing, a very, very good thing. The 2020 schedule has been taken entirely online.

We covered Fantasia remotely for the first time last year, so this iteration is old hat to us. As per usual, we plan to bring you all kinds of strange cinematic treats. Horror, action, sci-fi, things that don’t quite fit in any specific genre niche. That’s what Fantasia is all about, and it’s a damn fine time.

With that in mind, we thought we’d run through some of the films we’re most looking forward to. There are, of course, dozens of other intriguing titles to check out if you have the chance. Some we’ve seen already, while others are in the queue.

Here’s the kicker about Fantasia going online for 2020. It’s geo-locked to Canada. So if you’re not actually in the Great White North (or if you’re not a member of the press), you can’t watch the movies. Which is a bummer because it’s another bonkers lineup.

A kaiju movie about a giant crab, squid, and octopus rampaging through Japan. It’s precisely as insane and fun as that sounds, with the added bonus that it will likely make you all kinds of hungry.


We hail from Seattle and we’ve been tracking the progress on Seattle-produced martial arts film Paper Tigers for a while. It world premieres at Fantasia, and we’re psyched to finally check it out for ourselves.

Where to even begin with Fried Barry? I’m not entirely sure what to make of this South African oddity in the grand scheme of things, but this is a wild, wild time that leaps boundaries between gritty realism, horror, sci-fi, and god knows what else.

Johnnie To is a name that will get us to watch a movie with little or no additional information. But the Hong Kong action auteur’s Chasing Dream sounds right up our alley. It follows an MMA fighter and an aspiring singer and mixes action, drama, and musical numbers? Sign us up.

The great Anthony Wong stars in this Hong Kong horror tale of an insurance agent who digs into a suspicious suicide only to find something much darker and more sinister. Based on the Japanese novel Black House.

Bleak dystopian sci-fi is one of our true loves, so this dark speculative tale of a declining Europe has our full attention. An all-time cast of excellent character actors only sweetens the deal.

Brea Grant is all over Fantasia 2020. She wrote and stars in Lucky, which we also want to see, but she wrote and directed 12 Hour Shift. Stradling the lines of horror, thriller, and comedy, the film follows a drug-addicted nurse and black market organ harvesters on an all-or-nothing heist.

A Witness Out of the Blue

Another Hong Kong thriller, all we really know about this crime movie is that it involves a talking parrot who witnesses a murder. So, yeah, we’ll watch the crap out of that.

Writer/director Sidharth Srinivasan’s latest follows a young DJ who, beginning with the death of the family patriarch, becomes immersed in a nightmarish world of ritual magic. It looks dark and twisted and has a lot on its mind.
Posted by Brent McKnight at 12:43 PM