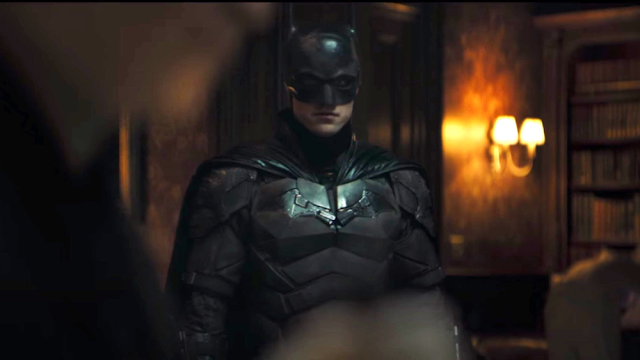 Because every company gets their own convention, we got DC Fandome this weekend, which sounds a lot like Thunderdome, though I doubt DC/Warner Bros. made their fans fight to the death in a makeshift cage. Though I’m sure they would, they seem to be a dedicated bunch. Anyway, the studio dropped a bunch of new/first looks at various projects people are excited about, and because I’m too lazy to break them up, here they are all at once. Fans of the DC family of films certainly have quite a bit to look forward to coming in 2021. Enjoy.

First up is Matt Reeves’ Robert Pattinson-starring The Batman. It’s dark and gloomy and the Caped Crusader looks a little like a moody goth kid when not in his costume. But it’s Batman, so of course I’m hyped for this. And it gives us our first look at Zoe Kravitz as Catwoman and an unrecognizable Colin Farrell as the Penguin.

Next up on the docket, Wonder Woman 1984, which was supposed to have released this summer, but, you know, that pesky global pandemic ruined everything. I’m still not sure how Chis Pine is alive, but he’s here, so cool (“Does everyone parachute now?”), and this gives us our first full-on look at Kristen Wiig’s Cheetah.

We also got a first peek at James Gunn’s upcoming The Suicide Squad, which includes a roll call video full of characters, new and old, including Idris Elba as Bloodsport…

…and this extended behind the scenes glimpse at the film, which looks pretty damn fun.

And, of course, there’s the vaunted trailer for Zack Snyder’s much-ballyhooed “cut” of Justice League. What else is there to say about this? You likely know where you stand, so here we go. (The real question of the day is: does this version contain the awkward CGI mustache removal they did on Henry Cavill?)