For his last two movies, Happy Death Day and Happy Death Day 2U, director Christopher Landon took a Groundhog-Day-but-horror approach. With his latest, Freaky, he uses the well-worn Freaky Friday body swap conceit but gives it a slasher spin. Instead of a mother and daughter changing places, a teen girl and vicious serial killer flip flop bodies and lives. While the resulting film isn’t always 100% successful—the plot is easily predictable and once the concept becomes apparent early on and  contains zero surprises—it’s an effective, screwdriver-stabbing, corpse-sawing good time.

Millie (Kathryn Newton) is a typical high school movie nerd—gorgeous, smart, funny, and, of course, ruthlessly bullied by everyone except her friends Josh (Misha Osherovich) and Nyla (Celeste O’Connor). And her dad died. And her mom’s an alcoholic mess. And her sister’s a cop. But when the Blissfield Butcher (Vince Vaughn) stabs her with an ancient Mayan knife, they trade bodies and murderous hijinks ensue. 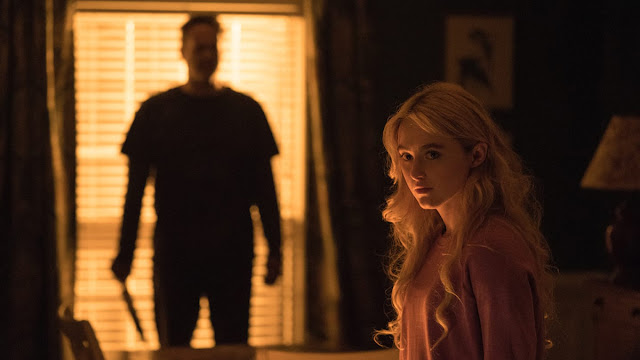 Freaky starts in typical slasher fashion, with a house full of teens ripe for murder. And once the big change occurs, things play out like any such switcheroo film, only with much, much more blood. There are the awkward getting used to a new body scenes, convincing your friends you’re really you, trying to figure out how to reverse the process, and the inevitable we must switch back or we’ll be stuck in these bodies forever ticking clock. Millie’s I-have-a-penis-now scene is high point. But all of these typical beats get a gore-drenched makeover that keeps them from becoming too terribly stale.

Landon and company certainly lean into Freaky’s R-rating and are not afraid to throw splatter the sets, scenery, and characters with viscera. Some kills are inventive—there’s a great use of a tennis racket. Others deliver cathartic moments of poetic justice—groinal chainsawing. While a few others are standard genre fare, functional but uninspired. At times, however, it does get a bit too cute and clever for its own good and trips up the narrative. 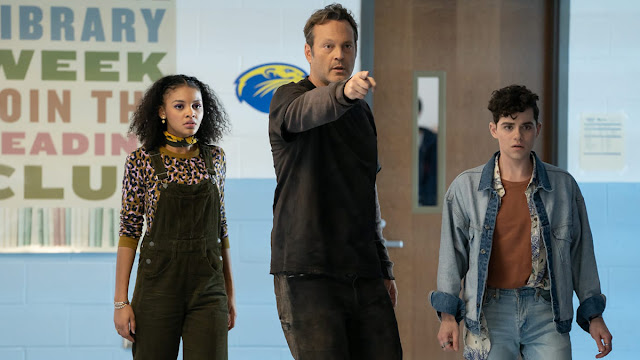 As fun as the movie can be—and it is often a total blast—it hits a handful of lulls. Much of the high school stuff—mean girls, jock bros, the rest—crosses the line from poking fun at tropes and archetypes and becomes rote, bland, and overly familiar. That is, of course, the point. To a degree. However, it attempts to eviscerate these stereotypes in a way that’s been done so many times it’s become a stereotype in itself and has no bite left.

Landon found great success in Happy Death Day using a dead parent to create an emotional depth and motivate the protagonist. That forms the emotional core of who she is and what she deals with. He and co-writer Michael Kennedy try the same trick here, only it rings hollow and saccharine and never pays off in the ways it tries for. Again, it plays familiar notes but doesn’t do anything interesting with them. There’s a nice scene with  Millie and her mom (Katie Finneran), but beyond that she’s a stock sad mother. The movie never does anything significant with the relationship between Millie and her sister (Dana Drori), who exists more as a plot device than anything else. 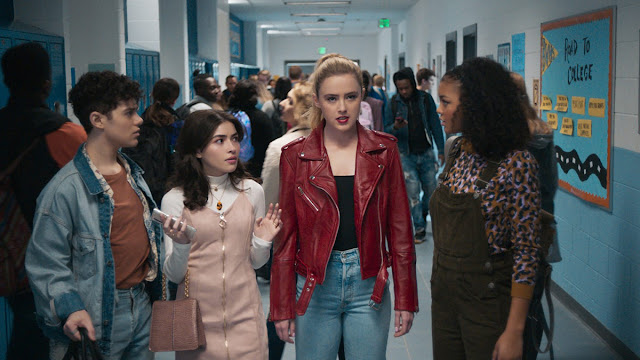 The two leads clearly relish their gender-swapped roles. Newton wears a devilish sneer and maniac glint in her eye as she exacts a bit of revenge on those unsuspecting fools who expect the timid, mousy Millie. Vaughn, who spends most of the film playing a teenage girl and kind of nailing it, is more than game. His goofy charm and the charisma that initially made him famous are on display in Freaky like they haven’t been in while. Added bonus, he also gets the most poignant moments and most pointed bits of social commentary in the film.

If you know the concept, Freaky delivers exactly the movie it promises, a teen slasher/body swap hybrid with plenty of laughs and blood. It may not be a new classic, and doesn’t entirely deliver on its promise, but that’s okay, it’s still a raucous time, and two fun, strong central performances help the film through the down moments. And it’s all here just in time for Friday the 13th. [Grade: B]