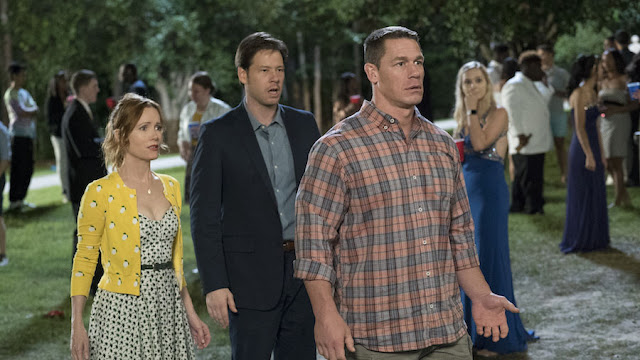 It sounds like and definitely is hyperbole, but Blockers has the potential to become the American Pie or Superbad for the current generation. Those films obviously build on foundations laid by the teen sex-romp comedies of the ‘80s, and Blockers certainly slots into the category that’s ultimately more about friendship than actually getting laid. As a whole, it’s not as over-the-top raunchy as some of it’s compatriots—though there are definite bawdy highs—and it doesn’t always maintain the comic momentum, but it’s a damn entertaining comedy that puts a, sadly, unique spin on the proceedings.

Blockers hits most of the markers for the one-night-changes-everything tale. Three kids start out looking to lose their virginity on prom night only to wind up learning important lessons about who they are, what they want, and what truly matters. None of that is particularly original, but Blockers freshens up the formula a touch. 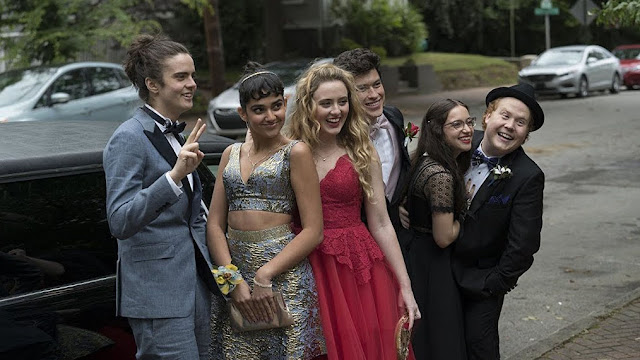 Working from a script by Brian and Jim Kehoe, director Kay Cannon, the writer of Pitch Perfect making her debut in the big chair, gives the girls agency and control over their own bodies and sexuality. (It won’t surprise me if we learn Cannon took an uncredited whack at the script.) Each member of the sex pact fits into a traditional sex comedy role: Julie wants her first time to be romantic and perfect and with her boyfriend of six whole months; Kayla wants it over and done with right now and that dude over there with the man-bun is good enough and close; while Sam feels the pressure to keep up, but has questions about her own identity she needs to answer. 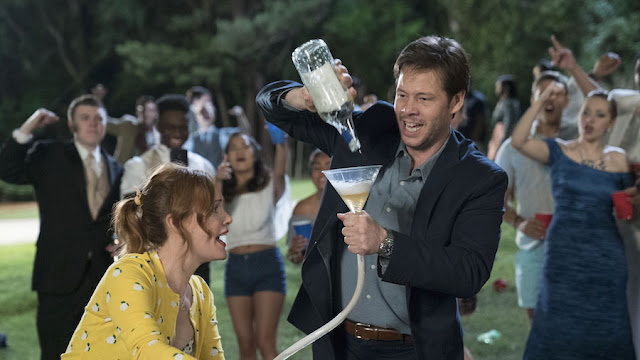 A different perspective is part of why this old set up works well in Blockers, though it’s the three young actors that truly sell it. They’re not doing anything unexpected or that you haven’t seen before, but they’re all earnest and relatable, and much more in tune with what they want than in most teen-movies—they know exactly what they’re doing, why they’re doing it, and what they want. There’s an authenticity to their shared relationship that grounds their friendship and lends it emotional weight. While all three actors are solid, it’s Viswanathan who stands out. The jock of the crew, Kayla’s focused, has a play called, and gets all the best lines. She should be a star very soon.

And as the trio of teens tries to have a magical prom night, Blockers also shows us what the parents are up to. Lisa (Leslie Mann), Mitchell (John Cena), and Hunter (Ike Barinholtz)—Julie, Kayla, and Sam’s parents respectively—have the misfortune to learn exactly what their daughters have planned and spend the entire movie running place to place attempting to thwart them. The title itself is a reference to cock-blocking. 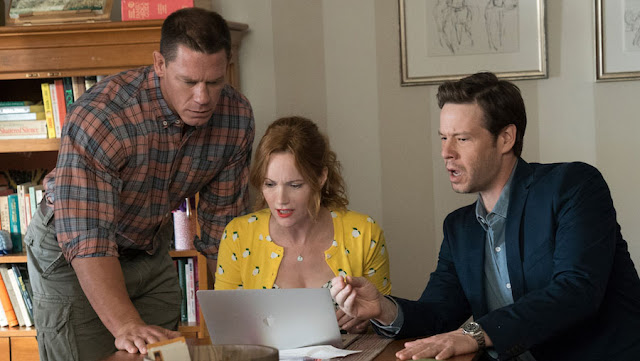 While drugs, alcohol, and adolescent hormones certainly fuel the teen side of the story, it’s the parental thread that delivers the truly lewd bits. Lisa’s clingy neurosis belie her underlying insecurity and loneliness, and Mann once again proves remarkably adept at combining whip sharp comic timing with emotional oomph. Barinholtz does pretty much what he always does, but his irreverent, off-the-cuff style fits Hunter, and he manages to infuse the character with a sweetness and pain that isn’t readily apparent immediately.

Cena’s shown an adroit comic side before, but never as on-target or sustained as here. He doesn’t have the range of some of his costars, but Cannon uses him perfectly, and his go-for-broke attitude serves the film well. As a result, the uptight, straight-laced Mitchell is responsible for the biggest laughs and most memorable moments Blockers has to offer. 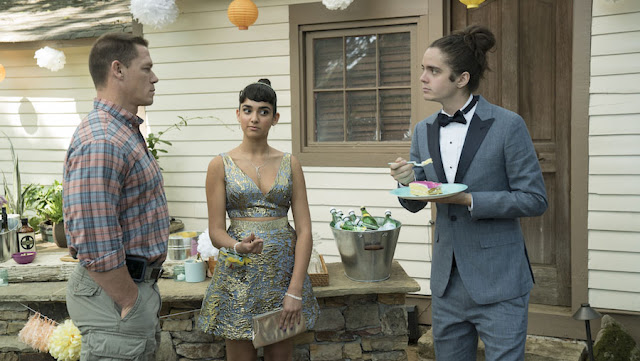 Though the script splits the time fairly evenly between the parents and kids, Lisa, Mitchell, and Hunter probably get the bulk of the screen time. Still, it’s with the girls where the true heart of the movie lies. While the parents are funny, the laughs are generally empty and the big third-act emotional climaxes fall flat. The girls drive everything else, learning their own valuable life lessons and even imparting a few to their parents—for all their faults and worries, maybe the parents did good job equipping their daughters for the real world after all.

Blockers may not have an original premise or hit the manic vulgar crescendos of some other gross-out teen sex comedies. But don’t fret, it delivers a decent blast of crude humor with a healthy dose of warmth and heart. And if nothing else, it’s a welcome change to see teens, especially young women, portrayed as competent, thoughtful, and capable of making not only their own decisions, but good decisions. [Grade: B]