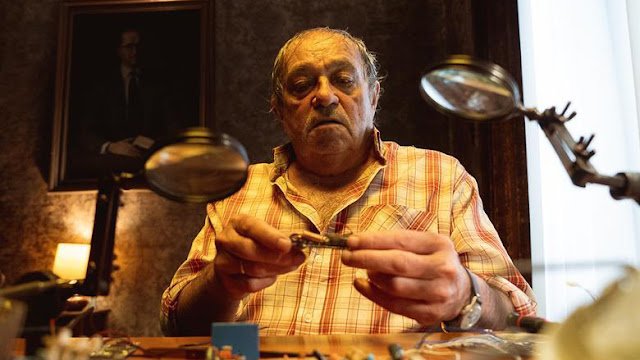 The Elderly, from Spanish co-directors Raul Cerezo and Fernando Gonzalez Gomez, taps into a number of primal, deep-seated fears. Ideas of our bodies aging and betraying us touch on body horror; there’s the dread of losing our autonomy, in both a physical and mental capacity. It has something to say about how society values, or more accurately, doesn’t value the aged, attends to the looming specter of Spain’s fascist past, which may not be as far in the rearview as many believe, and even copes with the threat of climate catastrophe.

When his wife of 50 years commits suicide, octogenarian Manuel (Zorion Eguileor, The Platform) comes unraveled a bit. This is, of course, of great concern to his remaining family, son Mario (Gustavo Salmeron, V/H/S Viral), granddaughter Naia (Paula Gallego, The Passenger), and Mario new wife, Lena (Irene Anula, Money Heist). This spiraling and subsequent interpersonal, intergenerational strife, however, may have more supernatural roots and affect a lager swatch of Manuel’s senior citizen demographic than it initially appears. In the midst of an all-time heatwave, all of this weaves together, building toward apocalyptic ends and a result that watches something like a vicious, mean-spirited Cocoon.

Though there’s a great deal in play, The Elderly takes the slow-burn approach, setting up the familial tension and letting them simmer in their own stew. Mario, ironically an air conditioner tech, is out of work, putting pressure on himself and Irene, who is pregnant. Irene’s concerns and ultimatums about Manuel and his newly unruly behavior are both understandable as well as entirely out of line. Naia puts up a teen-rebel front as a reaction to hinted-at tragedies and a new mother figure, but just below that exterior lurks a sweet, caring adolescent who deeply loves for her family, especially her grandfather. All of these tensions bubble, but Manuel’s new situation turns the burner to high and then things really start to cook. 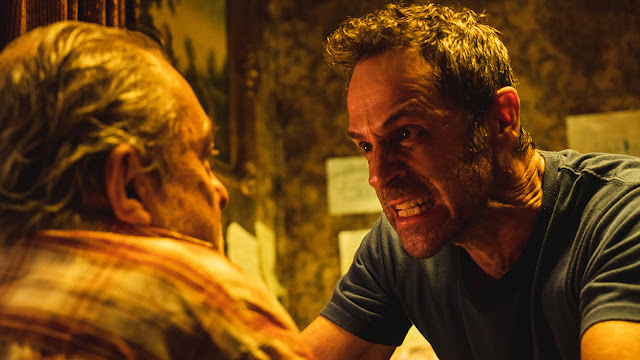 Cerezo and Gonzalez Gomez direct the hell out of this picture, using the deliberate, measured pace to craft an unsettling mood and tone. With cinematographer Ignacio Aguilar, they shoot the city, structures, and interiors in such a way that even before anything concretely otherworldly occurs, there’s ominous sensation that things are not as they seem. It’s impossible to escape the cold prickling up your spine indicating that reality is much, much worse.

The Elderly is a lovely, stylishly crafted movie, one with sharp ideas cleverly woven into a horror take on an Invasion of the Body Snatchers type concept. Climbing temperatures exacerbate the familial tensions, and at the same time serve as a metaphor for the climate crises, rising shadows of fascism, generational strife, and an inescapable clash on the very near horizon. [Grade: B+]

Check out all our Fantastic Fest 2022 coverage here.

Posted by Brent McKnight at 1:46 PM