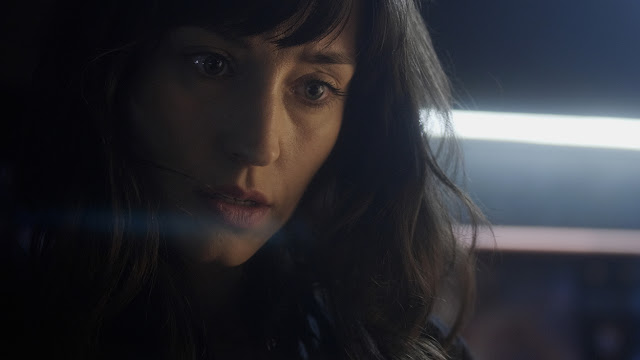 Is there intelligent alien life out there? It’s a question that’s dogged humanity since we first looked up at the stars. And it’s also the central question in the life of Alexandra Baeza (Andrea Trepat), the protagonist and central character of Luis Tinoco’s sci-fi thriller The Antares Paradox. But the film also digs into the personal costs of the protagonist’s singular fixation as she struggles to make an impossible choice between fulfilling her lifelong dream and confronting a brutal familial loss.

Since childhood, Alexandra’s sole obsession has been proving the existence of extraterrestrials. It’s consumed her entire life, lead her to her profession, and bulldozed her every relationship. Working alone in an observatory in the midst of a vicious storm, she discovers a signal from deep space that, if authentic, validates her very existence. With only a limited time to verify her findings, she races against the clock and nature, butts heads with stubborn bureaucrats, and, oh yeah, must decide whether to stay with the work or leave, likely causing this discovery to be ignored, in order to be with her ailing father as he passes away. All of this takes place primarily in a single room, playing out largely in real time. 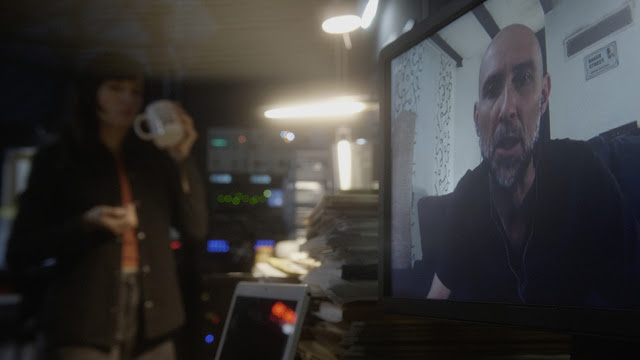 The Antares Paradox compares to films like The Guilty or Pontypool, where the action takes place beyond the confines of the set but the narrative focuses on a single person’s response. Within this limited setting, with, for all intents and purposes, one character—Alexandra talks to her sister and father via video chat, and has a few phone conversations—Tinoco, who also wrote the script, cranks up the tension at every opportunity, and keeps the audience perched at the very precipice. The storm threatens to tear down the observatory’s antenna, her boss is coming to shut her down, no other facilities are interested in doublechecking her findings; then her sister, stranded by the storm, keeps calling to urge her to go to the hospital, where the life of her father  hangs on by a thread. It’s utterly compelling and impossible to look away.

On the surface, the choice seems easy, yeah? Screw work, go be with dad, right? To not basically destroys her family and deeply wounds the few remaining people she does care about. What Tinoco and Trepat do brilliantly is lay the groundwork so it’s not such an easy decision. Trepat embodies Alexandra’s internal strife and conflict; she’s messy and pulled in different directions, complicated and driven to the point where she’s burned every bridge and used every last scrap of goodwill. But the film also takes great pains to make it known she’s not a monster. She’s not a good or bad person, she’s fleshed out and authentic and complex in very real, human ways. There are no absolutes, Alexandra is a sea of greys. With such a restrained set up, a movie like this live and dies with its actor, and Trepat delivers an absolutely stunning performance, carrying the entire movie on her back. 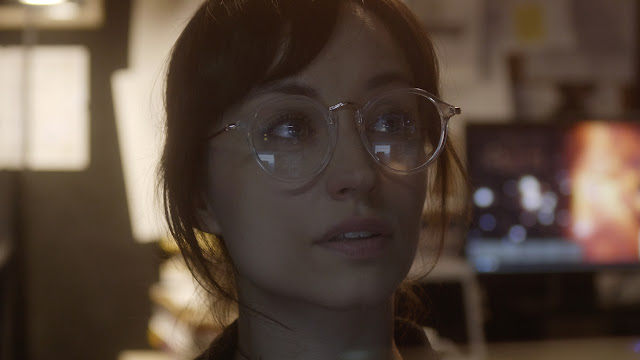 Despite the limited settings, The Antares Paradox is a nice looking movie and visually interesting throughout. Tinoco also handled the cinematography himself and makes excellent use of the various scientific instruments, unusual framing, close ups, and a variety of available tools. Video calls make sense both thematically and in a practical sense. With a taut, stressful score from Arnau Bataller, watching Alexandra track and hone in on the signal plays almost like a high-tech cyber thriller.

The Antares Paradox is Tinoco’s first feature directorial effort, though he’s done tons of VFX work. If this is an indication of what he can do, he’s someone we should all be paying close attention to. Constantly mounting pressure, an incredible central performance, technical chops for days, and a devastating climax, all add up to something very, very special and well worth getting excited about. [Grade: A]

Check out all our Fantastic Fest 2022 coverage here.