It's Going To Be A Good Year: Brent's Ten Most Anticipated Science Fiction Movies Of 2013 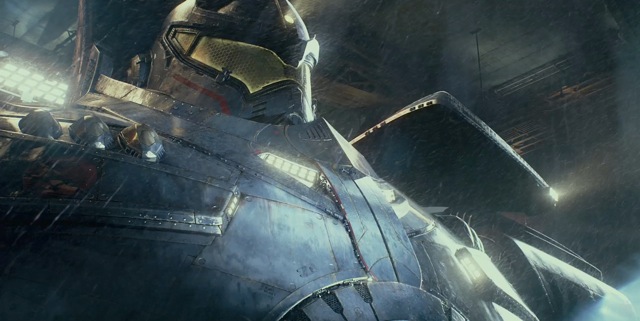 Now that we’ve got that pesky 2012 out of the way, we can turn our attention to the year ahead of us. 2013 still seems sparkly and new, there are no dings or scratches, and the possibilities are positively intoxicating. From all appearances, the next 12 months should be a pretty good time to be a fan of science fiction movies. We’ve got high-profile sequels on the way, a couple of long-awaited follow-ups to phenomenal debuts, and a whole mess of exciting films to see in the theaters. Some will be kick ass actioners, while others bring big ideas, themes, and thinkin’ to the genre.

With all of that in mind, here are the ten movies I’m most looking forward to.

Sure, this may look something like a live-action remake of WALL-E, but Oblivion also has the potential to be a slick, action-packed take on a post-catastrophic-war Earth. Most of the plot details are being kept under wraps, but the more that comes out, plus all the flashy eye candy, the more intrigued you get. And how can Morgan Freeman as the leader of a group of pseudo-steampunk, underground survivors not make you curious?

2013 will also bring us the third installment of the so-called “Cornetto Trilogy,” from the team of Edgar Wright and Simon Pegg. They’ve already skewered zombies with Shaun of the Dead, and taken the piss out of action cinema with Hot Fuzz. The World’s End follows a group of old friends on an apocalyptic pub crawl, one that may conclude, both literally and figuratively, with the World’s End, the last tavern on their list. Sometimes after a night like this, you wake up feeling like the world is ending, but this time, however, it might be for real. Thus far, Wright and Pegg’s collaborations manage to work both as fun send-ups, while still functioning as strong genre films in their own right. Shaun of the Dead is funny, but also a good horror flick, and Hot Fuzz takes some dark, action-heavy turns after a laughter filled beginning. If The World’s End is even a fraction of the first two movies, we’re in for a damn fine time.

After meeting with repeated delays, but also much fan anticipation, the third film in the Chronicles of Riddick universe, simply titled Riddick, drops this year. Production was fitful, but star Vin Diesel and director David Twohy made this happen through sheer force of will. Chapter three is more in line with the smaller budget and scope of Pitch Black, the first film in the series, rather than the overreaching, PG-13 Chronicles. Riddick finds the titular antihero stranded on a barren planet, fighting for his life against creatures that were there first. His only avenue of escape is to alert the bounty hunters on his trail to his whereabouts, but when they arrive, he meets a deadly new breed of merc, and a familiar face that is none too pleased to see him. Already boasting a hard-R rating, Riddick sounds like a better set up for a character that is a cold-blooded mass-murderer with an extensive space rap sheet.

The big screen adaptation of Max Brooks’ best-selling oral history of the zombie wars has been in trouble from the get go. With a non-linear story that lacks both a central protagonist and any narrative through lines, World War Z, the book, feels almost unfilmable. Mix that with well-publicized script problems, and extensive reshoots, and this has disaster written all over it. But that’s part of what makes this so intriguing. If they do manage to pull a good movie out of their ass, hats off to them; and even if World War Z crashes and burns, it’ll be a spectacle worth gawking at. Not that I’m rooting for failure, I love the book, and want to see justice done.

It’s been almost a decade since Shane Carruth’s micro-budget time travel film Primer blew us all away, but he’s finally back. After watching two trailers with very different tones, and reading what might be the shorted plot synopsis ever, I still have no clue what his follow up, Upstream Color, is all about. But that’s not going to stop a lot of us from being damn excited to find out. Whatever this turns out to be, you can bet it’s going to esoteric, unique, and thought provoking.

Though there are some serious departures from the source material, the adaptation of Orson Scott Card’s celebrated novel, Ender’s Game, will still delve into the book’s twisting themes about war, morality, duty, and more. Young Ender Wiggin trains in an intense military academy, fights fellow recruits and the administration, in preparation to lead the human race into battle against an alien race. Throw in Harrison Ford as Colonel Graff, the crotchety head of the Battle School, and you’ve got the makings of a winner here.

Another sophomore effort many of us are anxious to see, is Elysium, Neill Blomkamp’s first film post-District 9. If that picture of Matt Damon holding a giant gun isn’t enough to get pique your interest, consider the big themes involved, like class conflict between groups who live in a luxurious space station, and those forced to scrape out a living among the shambles of a ruined Earth. Again, Blomkamp dives into deeply political waters, bringing a big name cast that features Jodie Foster along to tell a story about regular people struggling to get basic necessities, like food and healthcare.

If you’re reading this site it’s a safe bet that you know that there’s a new Star Trek movie coming out this year. It’s called Star Trek Into Darkness, you may have heard of it. Love for J.J. Abrams’ reboot of the franchise can be somewhat contentious among Trek purists, but his 2009 version kicked a lot of ass, and Into Darkness aims to deliver another dose of the same medicine. Not much is known plot wise, and while it might be a bit early in a series to dip into the “going rogue” well, we’ve been promised a harrowing, formidable villain in John Harrison (Benedict Cumberbatch), and the tone in the trailers is suitably dark and ominous. You get the definite impression that there are going to be some serious downers. Paramount has done such a masterful job pimping this film that they don’t even need to tell us anything about it, yet we’re all foaming at the mouth. Odds are, regardless of your stance, Star Trek Into Darkness will be one of the biggest sci-fi movies of 2013.

Korean director Bong Joon-ho (The Host) is tackling a post-apocalyptic joint for his English language debut. An adaptation of a French graphic novel, Snowpiercer is the story of the last remnants of humanity, endlessly circling a frozen wasteland in a train. On the inside, a rigid class hierarchy has developed, and revolution simmers among the lower, oppressed caste. The inherent tension of a confined space, the high stakes of being the last people alive, and a top of the line international cast that includes Chris Evans, Ewen Bremner, Tilda Swinton, Octavia Spencer, Jamie Bell, John Hurt, Song Kang-ho, Alison Pill, and Ed Harris, adds up to a taut, riveting thriller. Bong has a deft touch when it comes to balancing character, action, and special effects, and as more comes out about Snowpiercer, the more exciting it looks. I’m looking forward to this more than any film in 2013 other than Pacific Rim.

Guillermo del Toro, massive monsters, giant robots? Can you ask for anything more in a movie? It promises to be everything Robot Jox isn’t (and I love me some Robot Jox). Any one of those elements alone is enough to warrant watching a movie. Add them all together and you have magic, colossal, destructive magic. Everything else in 2013 takes a back seat to Pacific Rim.

BONUS (because it probably won’t come out until 2014, but it’s still one of my most anticipated films): Mad Max: Fury Road

Assuming that god doesn’t blink it out of existence, the Earth doesn’t open up and swallow it whole, and the studio doesn’t shelve the film indefinitely, we may, one day, lay eyes on Mad Max: Fury Road, George Miller’s long-gestating return to the post-apocalyptic highways. I’ve been waiting for the further adventures of Max Rockatansky since Beyond Thunderdome in 1985. The production survived floods, delays, budget overruns, and finished filming under the scrutiny of a studio stooge, but the set photos of all those badass, custom-built war-machines tear-assing around Namibia is enough to start you salivating. Principle photography finished up in December, so with a little bit of luck we’ll finally have the chance to see how Tom Hardy measures up to Mel Gibson.

So that’s my list. There’s bound to be at least a couple miserable failures involved, there always are when I attempt something like this. And there are so many more notable sci-fi movies coming up, there are going to be some stumbles. You also have, among others, The Hunger Games: Catching Fire, Escape From Planet Earth, After Earth, The End of the World, R.I.P.D., and most likely Alfonso Cuaron’s Gravity, to look forward to in the relatively near future. It’s going to be a good year.

What are you especially excited about in 2013?
Posted by Brent McKnight at 2:57 PM