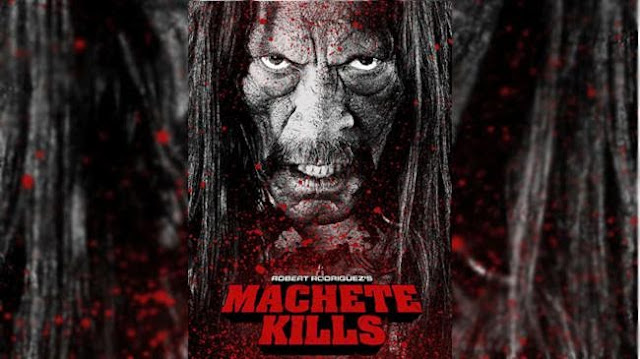 “Machete Kills” is a lot like watching a spoof movie, and not a good one like “Airplane!” or “The Naked Gun.” We’re talking “Epic Movie” or “Meet the Spartans” here. I won't lie, there are some chuckles, but what the sequel to Robert Rodriguez’s 2010 “Machete” does is take all of the things that make the original a ton of fun, and blows them up into an oversized cartoon. Instead of an homage to gritty, sleazy exploitation films of yesteryear, “Machete Kills” takes on the madman taking over the world sub genre favored by middle-era James Bond films, mixes that with an excess of “Star Wars” jokes, and concocts a bland caricature.

The plot is both convoluted and completely empty as you traipse from one gag to the next, and every part feels written on the spot for whatever friend of Rodriguez showed up that particular day. Sofia Vergara yells her way through an unhinged man-eating madam that has machine gun boobs—which aren’t nearly as awesome in practice as they are in theory. Carlos Esteves—better known as Charlie Sheen—does his shtick as the President, trying his level best to imitate his father playing the Commander in Chief.  We get it, his name is President Rathcock and he talks about winning. Vanessa Hudgens plays a virginal prostitute—her presence is totally pointless—and William Sadler sleepwalks his way through an redneck lawman. How many times can he call Machete (Danny Trejo) “Taco” before you don’t care anymore? “Machete Kills” is a collection of cameos and pretty girls more than it is a movie, and has even less tension or narrative thrust than that sounds. 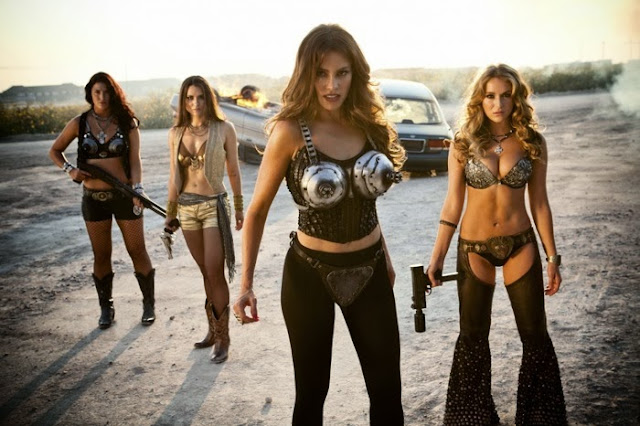 That’s not to say this method of non-storytelling doesn’t yield a few high points. Demian Bichir is fantastic as Mendez, a schizophrenic madman who alternates between trying to destroy the world with a nuclear missile wired to his heart, and being a passionate revolutionary who wants to fix his beloved Mexico. Machete drags him along, fighting his way to the boarder in a nod to “The Warriors,” as Mendez bounces back and forth between manic and somber. And just in case you’re wondering, filmmakers, adding Walton Goggins to you movie is always, always a good idea. His weird, lizard like cool is on full display in “Machete Kills,” even though his chameleonic assassin is only onscreen for a moment.

Beyond these two, however, everyone else just falls flat. Trejo scowls his way through CGI blood spatter—can I take a moment to say fuck CGI blood spatter—and Machete don’t this, Machete don’t that. That was funny once in the last movie, and they drill it to death here. Michelle Rodriguez and Amber Heard pop up from time to time and exist primarily to have a sexy lady fight. Like Sheen, Mel Gibson arrives on the scene as a sort of evil Elon Musk, ranting about space and poking fun at his own past indiscretions, trying to make you forget that he’s an asshole. And hey, Lady Gaga is in a movie, for some reason. It is nice to see Cuba Gooding Jr. for a brief moment, and Marko Zaror from “Undisputed 3” shows up to throw in a few acrobatic spin kicks, but both remain virtually unused.

Moderately amusing for brief spells, “Machete Kills” devolves into a tedious slog. A total bullshit ending leaves you wishing that all you saw was the faux trailer for “Machete Kills Again…In Space” that kicks off the film. This may be the kind of movie that isn’t afraid to use a rocket launcher to blow up a man in a wheelchair, or shoot a guy after you’ve already thrown him out of a helicopter, but it is underwhelming and mediocre. Instead of a ridiculous romp, or love letter to the genre, no amount of bullets and beheadings can make “Machete Kills” anything more than a bore.

Posted by Brent McKnight at 8:13 PM