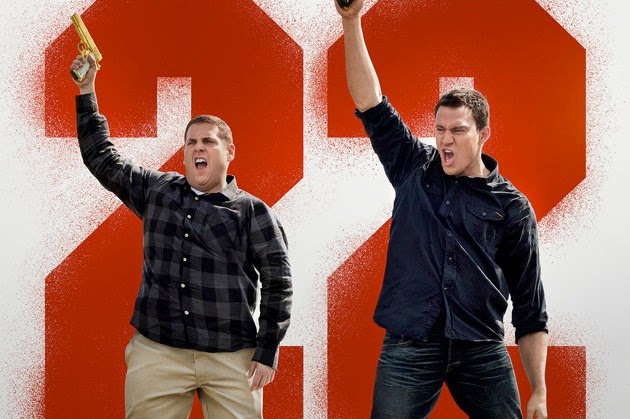 As far as big, blockbuster type movies go, this summer has a noticeable lack of notable comedies. “Neighbors” was great, “A Million Ways toDie in the West” was mediocre, and “Tammy” looks terrible—which is too bad, because Melissa McCarthy is so damn funny. The only other member of this club is “22 Jump Street,” the sequel to 2012’s surprise hit. While I laughed a decent amount, and there are some very good moments, the film pales in comparison to its predecessor, and when taken as a whole, is not a particularly great movie.

Any time that Ice Cube, who reprises his role as Captain Dickson—the head of the Jump Street program that puts young looking cops undercover in high school—is on screen, is gold. He takes the “angry black captain” archetype and squeezes it for all it’s worth. Really, he is the highlight of the movie. One of the pleasant surprises of the first film was that, for all of the crude humor and profanity, there is a lot of heart, and an earnest, underlying sweetness to the friendship between Jenko (Channing Tatum) and Schmidt (Jonah Hill). But as hard as “22 Jump Street” tries to recapture that lightning, it never does.

The story plays out the exact same way, but this time around the roles are reversed. Now the partners are in college, and it’s Jenko who falls in with the cool kids, while Schmidt flounders, unsure of what to do. This is part of the longest running gag in the movie, which also happens to be the biggest flaw. Obviously, we’re talking about a sequel, and the dominant logic says that the sequel is never as good as the first film, and that it’s always a stale rehash of what came before. Creative team Phil Lord and Christopher Miller are also back, and try to play to these stereotypes with a wink and a nudge, but fail, and drag the entire film down as a result. It is more about being a sequel than it is about being an actual movie.

Michal Bacall, Oren Uziel, and Rodney Rothman’s script is relentless as it harps on this single element. They refuse to let it go, and the constant barrage of repetition jokes isn’t clever, they aren’t meta, they’re just tired, and make the film repetitive. The film becomes exactly what it purports to lampoon. And for every joke that lands, there are countless others in this vein that absolutely do not. You can only listen to a superior officer tell them to do the exact same thing as before so many times before you’re practically screaming for them to move on.

The same goes for the “you look like you’re 40” jokes. We get it, Schmidt and Jenko are too old to be convincing college freshmen. We got it before the first movie. There’s a reason people have been making fun of the show since the 1990s. Last time they were able to play this element for laughs, and the sly nods worked very well. This time around they fall flat and feel like the cheap knockoffs you find in garbage like “Epic Movie” and terrible spoof movies of that ilk. Even when the movie tries to do something else, it never really pans out. It tries to play off the gay panic that often appears in movies like this at the same time that it jabs at the inherent homoerotic tension in bromance buddy comedies. Their heart seems to be in the right place, but the result is weird confusion that surfaces at awkward moments, like when Jenko tries to explain to the villain why dropping the f-bomb isn’t okay. You understand that they’re trying to make a point, but like much else, the aim is way off.

A few years ago I reviewed “The Dilemma,” which is a god-awful movie except for one scene with Tatum. At the time he hadn’t really done anything of note, and had never been more than the hunky, but dim guy, and I wrote “Who has ever said that Channing Tatum is the best part of any movie?” He obviously went on to totally rebut that statement, doing good work in a variety of films. He’s charming and affable and easy to relate to, which is on full display again in “22 Jump Street.” While he and Hill don’t have the same magic as last time, they’re not bad.

All of this sounds harsher than it is really intended to. Walking out of “22 Jump Street,” I was amused enough. A mere shadow of the first film to be sure, there are glaring flaws, and jokes take way too long to play out and don’t pay off considering the investment, but if you’re looking for a raucous comedy fix, this fits the bill well enough. Not great, it is passable. You don’t need to rush out right away and see it on the big screen, but it’s probably worth the price of a rental or catching on cable some random night.

Posted by Brent McKnight at 3:08 PM