'Dawn Of The Planet Of The Apes: Firestorm' Book Review 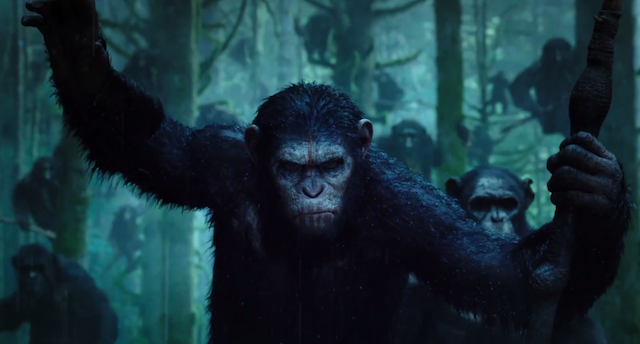 From the title, you know that this is obviously being marketed in conjunction with the new movie. Though Firestorm is officially a prequel to a sequel to a prequel, the book functions more as a straight follow up to Rise. The action kicks in immediately in the aftermath of the super smart chimpanzee Caesar freeing all of his ape brothers and sisters, and that climax on the Golden Gate Bridge. As the apes escape, they inadvertently leave behind a manmade virus that wreaks havoc on the human population, and as they attempt to make it to freedom, human civilization has to deal with this fast moving new plague.

There are a number of overlapping threads, too many to be honest, and only two of those are particularly interesting. Dreyfus, a former police chief running for mayor of San Francisco is probably the most important, since his he plays a significant part in the forthcoming movie. Gary Oldman plays him on screen, but the character is so one note here, so about preaching calm in the face of this disaster, that his story is boring as hell. The same goes for Caesar on the other side. Firestorm does it’s best to humanize the apes and make them sympathetic characters, but their leader has a one-track mind. He wants to save his people, and though that’s an admirable goal, it means every scene with him unfolds the same way.

There is, however, a single character on both the human and ape sides that actually have a story, are developed to some degree, and that you will find intriguing. Malakai is a mercenary brought in to help hunt down the apes due to his specific expertise in this area. With a fully developed, and traumatic, backstory, actual thoughts and emotions, and a personality that develops over the course of the book, he is the only human that you identify with and that is more than a mere collection of details.

On the ape side of things, you have Koba, who also figures prominently in the upcoming movie. The one-eyed bonobo is essentially Caesar’s second in command, and while his leader has a singularity of focus, Koba becomes a well rounded individual, one with conflicting emotions that come across as very real, and again is more than just a flat representation. Everyone else, on both sides of the battle, is a cardboard cutout, there’s never enough time spent with any of them, and even if there was, there’s not much, if anything, beneath the surface.

Right away, you can tell that Firestorm was created with a quick turnaround. A movie tie in, you probably don’t have the expectation that you’re going to find great literature inside, and like with the characters, much of the book feels hurried. The writing isn’t particularly great, there is little depth, and no subtext. Even at a mechanical level, there are a significant number of copyediting mistakes, like misspellings and tense errors. This last part isn’t on the writer, that’s something that illustrates how this could have used at least one more once over before publication. Under most circumstances, publishers are down for an additional pass, but with a time crunch, things get missed and fall through the cracks.

Firestorm is a quick read, and the kind of book you pick up to read on an airplane. Even for all of the flaws and problems, it is decently entertaining. The pace is quick and moves you along fast enough that you never have much time to dwell on the problems. If you’re interested in supplemental material for either of the movies, this is worth a read. Even though they’re going to have to cover much of this in Dawn of the Planet of the Apes, the book does provide insight into that world, the psyche of the survivors, and gives you a broad picture view. 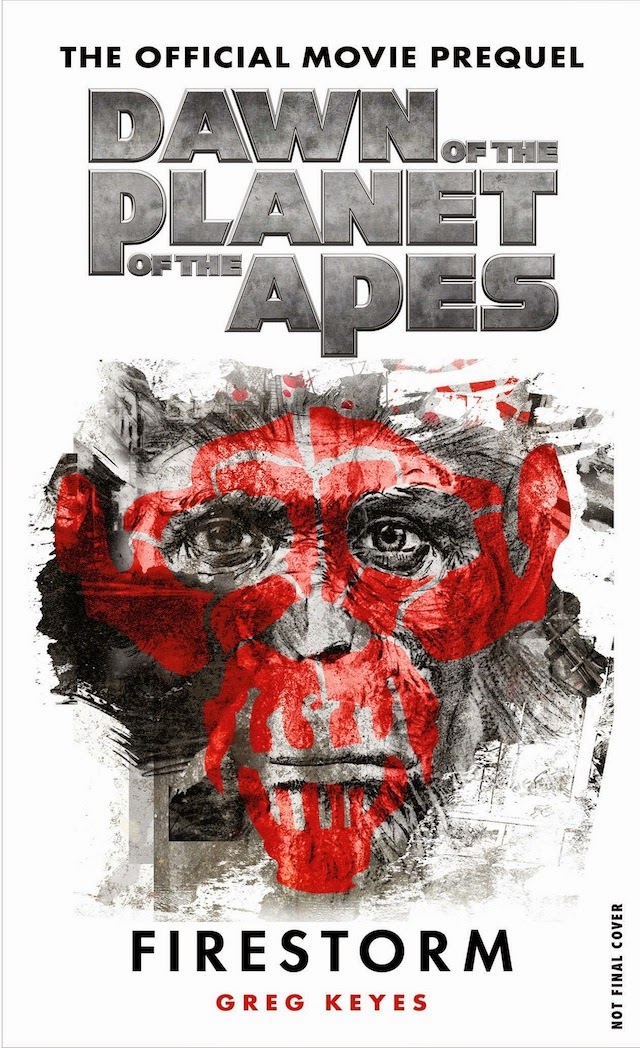 Posted by Brent McKnight at 3:35 PM