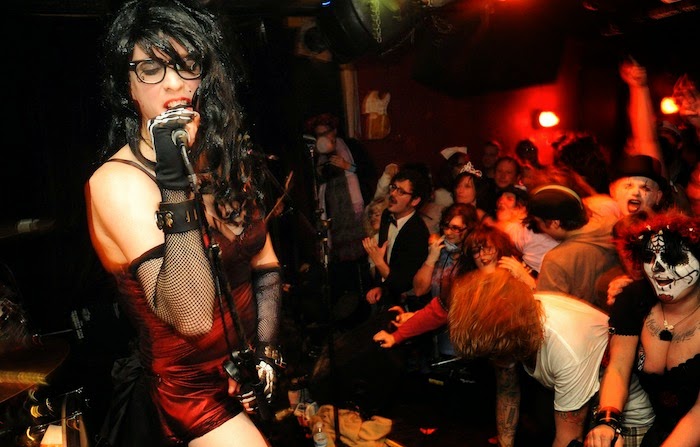 The Funhouse was a bar in Seattle, and a dive bar at that. But, nestled in the shadow of the Space Needle, under the Monorail, the most useless piece of public transportation ever devised, it was also a community. For nine debauched, alcohol-fueled years, the Funhouse played host to countless shows, featuring everything from punk bands of all varieties to burlesque troupes and even some things that aren’t so easily classified. I’ve seen both semi-professional wrestling and public pencil fighting—yes, just like you remember from elementary school—go down there, as well as many other awesomely absurd events.

The bar is gone now, bulldozed to make way for another upscale condo complex—there’s a running joke that the official bird of Seattle is the crane because there’s so much new construction. Ryan Worsley’s new film, “Razing the Bar,” documents the life and death of the vibrant environment, and is surprisingly moving for a movie about a place where I’ve seen people shoot up, slip on vomit, and get into a good natured brick fight in the alley. (Think a snowball fight, but with bricks; there were some missing teeth and stitches required after that one.)

The Funhouse may have been a bar, but for a lot of people, it was something much more important than that. Not just a movie about a specific place, “Razing the Bar” is a story of finding passion, fun, and a group of like minded miscreants with a penchant displays that mainstream society looks at as strange and bizarre. On any given night you were are likely to run into mohawks and dreadlock mullets as you were a band fronted by an accordion or belly dancer. A creepy disembodied clown head that hovered over the main door over saw this all, and somehow this became a safe space for people to try whatever weird shit they wanted to put out into the world.

As the film points out, this is the kind of place that played host bands from around the world—I personally saw bands from Finland and Australia there, but there were visitors from every continent—or you could play in front of an audience for the very first time. Between acts at a show one of my bands played, Wild Cherry’s “Play that Funky Music” came on the PA. All you saw were the dirtiest, crustiest punk kids you could ever find, drunkenly singing along, hugging each other, drinks raised, slipping around on the checkerboard floor. That’s the kind of vibe the Funhouse had, where you could go, have a drink and be left alone if you wanted, or where you could show up not knowing anyone, make some friends, and find a place to belong. As one interviewee says, no matter who you were, you were always cool enough to hang out at the Funhouse, and another compares it to a punk rock version of “Cheers.” 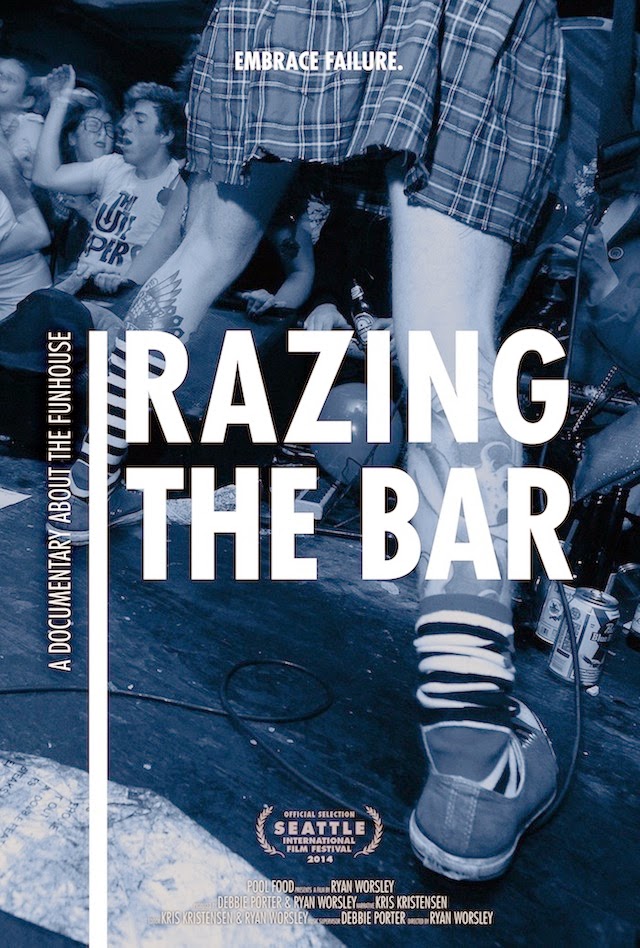 What “Razing the Bar” does best is communicate this feeling. I’ve lived in this town for almost 20 years, and have been to and played multiple shows there, so it’s hard to remain impartial. But more than just bar stools and booze, this place meant so much to so many people that it’s hard not to get sucked into this narrative. When people grin, recounting a particularly crazy moment or tear up recalling the last time the saw a friend there, you feel what they do. Some pieces aren’t contextualized as well as they could have been—one segment touches on a tragic shooting at another bar in town, but the situation is never really explained—but these are authentic, real stories and come across as such.

For a town that prides itself on its music scene and routinely boasts about contributions to the musical world—there’s a billionaire-funded rock and roll museum for crying out loud—Seattle has never done the best job of fostering the ground floor of that. Clubs come and go as they get prices out of one area after another. The Funhouse was the last vestige of the dirty, dingy—authentically so, not  in a fake, trying to be cool kind of way—clubs that spawned all the bands that made the city such a draw in the early 1990s. Especially in the downtown core, there aren’t any places like that left, breeding grounds for new music.

Most of the story revolves around Brian Foss, who booked at the Funhouse—he also became a co-owner—as well as other notable Seattle venues in his time. The host of a punk rock radio show that airs late on the weekends on a college radio station, he formed the center of the scene at the bar, and has the kind of welcoming demeanor that draws people to him. That, and the fact that he actually treated the bands fairly, appreciating them as a fan and for all the work they put in, rather than just a way to bring in more money for the bar. The entire scene was a perfect confluence of people who actually gave a shit.

A bar since 1936, the building went through a number of incarnations before winding up the Funhouse, but it was much more than that. Set up by “Razing the Bar,” the Funhouse stands as a metaphor for doing what you love, no matter the cost. Foss and company embraced the possibility of failure. Without trying and falling on your face a few times, you’re never going to do anything worthwhile, and if the worst that happens is  you fail or go into debt, is that actually all that bad?

After its world premiere at the Seattle International Film Festival, it’s going to be interesting to see how audiences in other places respond to “Razing the Bar.” I didn’t spend vast amounts of time at the Funhouse, but I was there enough to have a personal connection to the place. And though there are broader themes in play, this is a very specific story about a particular place and time and town. I’m curious to see how this movie plays outside of the Seattle city limits.