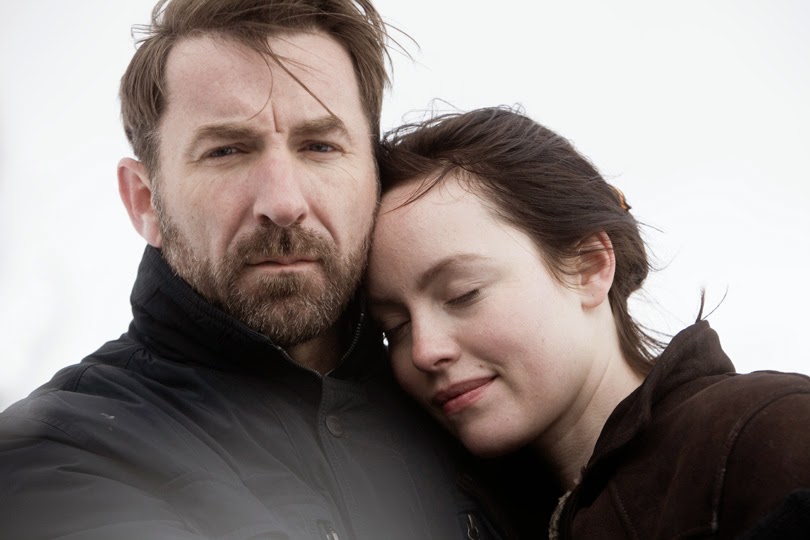 From the very first frame, it becomes apparent that director Manuel Martín Cuenca’s “Cannibal” is a movie in no hurry to get anywhere. An extended wide shot watches a couple from a great distance. They fill up their tank, smoke a cigarette, and generally take their sweet ass time before moving on. This doesn’t mean “Cannibal” is slow, simply deliberate and measured. Eventually in this lengthy take, you come to realize that you’re sharing a character’s gaze. As the target car finally moves on, revealing that you’ve been watching from inside another vehicle. Placing you in the still unknown person’s point of view makes you implicit in what comes next—the stalking, killing, and butchering of a human being—and serves to unsettle you, a feeling that never goes away.

Carlos (Antonio de la Torre, “The Last Circus”), the most well regarded tailor in all of Granada, has some serious issues with the opposite sex. So serious, in fact, that the women he most desires, he kills and eats. “Cannibal” never tries to get into the why of the matter, though there are oblique hints that it could something to do with his mother, or possibly a relationship gone horribly wrong. It’s hard to imagine a break up so bad that you want to eat people, but still.

When a new neighbor, Alexandra (Olimpia Melinte), moves in, it complicates his quiet, withdrawn life. Carlos barely speaks. In fact, the first ten minutes of the film he never utters a word, and eventually when he does prove to you that he is not a mute, most of his dialogue is small talk and pleasantries. Alexandra, on the other hand, is vivacious, outgoing, loud, passionate, and everything Carlos it not. After a nasty sounding fight in her apartment, she goes missing, and her mousy sister, Nina (also Melinte, but with her hair dyed brown), arrives to try to track her down.

What “Canibal” does best is to let you draw your own conclusions. Though you suspect, you’re never sure if Carlos has anything to do with Alexandra’s disappearance. As he and Nina gradually grow closer and closer, you can’t help but wonder what his intentions are. You feel like he may be thawing, opening himself up to maybe the first earnest human connection he’s ever had in life. Nina challenges Carlos’ removed approach to the world, you see he wants to reach out, but he doesn’t know how. At the same time, you can never shake the feeling that he’s hunting, stalking a victim like he has so many times before, cold, precise, deadly.

If you cut two or three scenes out of the movie, what you would be left with is a strange romance brewing between two closed off, guarded, wounded individuals. There’d be no instance to even wonder about Carlos’ dietary peculiarities. Sure, he’s a weirdo, but accusing someone of eating people is a bit of a reach. This film is a minimalistic mystery thriller with an unusual romance that just so happens to exist under the black cloud of cannibalism the changes the color of everything else. Never being sure what he is going to do, what he is really capable of, infuses every scene, every movement with an inherent tension. When he reaches out you always wonder if it is an embrace, a gesture of affection, or if he is going to snap her neck and sauté for dinner. Is he moving towards the light, or does it just appear that way?

“Cannibal” is not your run of the mill human-flesh-eating film, more a slow burn thriller than exploitation style horror. Though that element casts a long shadow over everything else, there is so much more going on. Not the result of some trauma, Carlos actions are more interesting than whatever contrived origin they could have inserted. Director Cuenca is content to explore the here and now, draw comparisons to the holy sacrament, and leave that part of his character’s past a mystery.
Posted by Brent McKnight at 1:24 PM