'Unbroken' Movie Review: An Incredible Story Made Dull And Bland 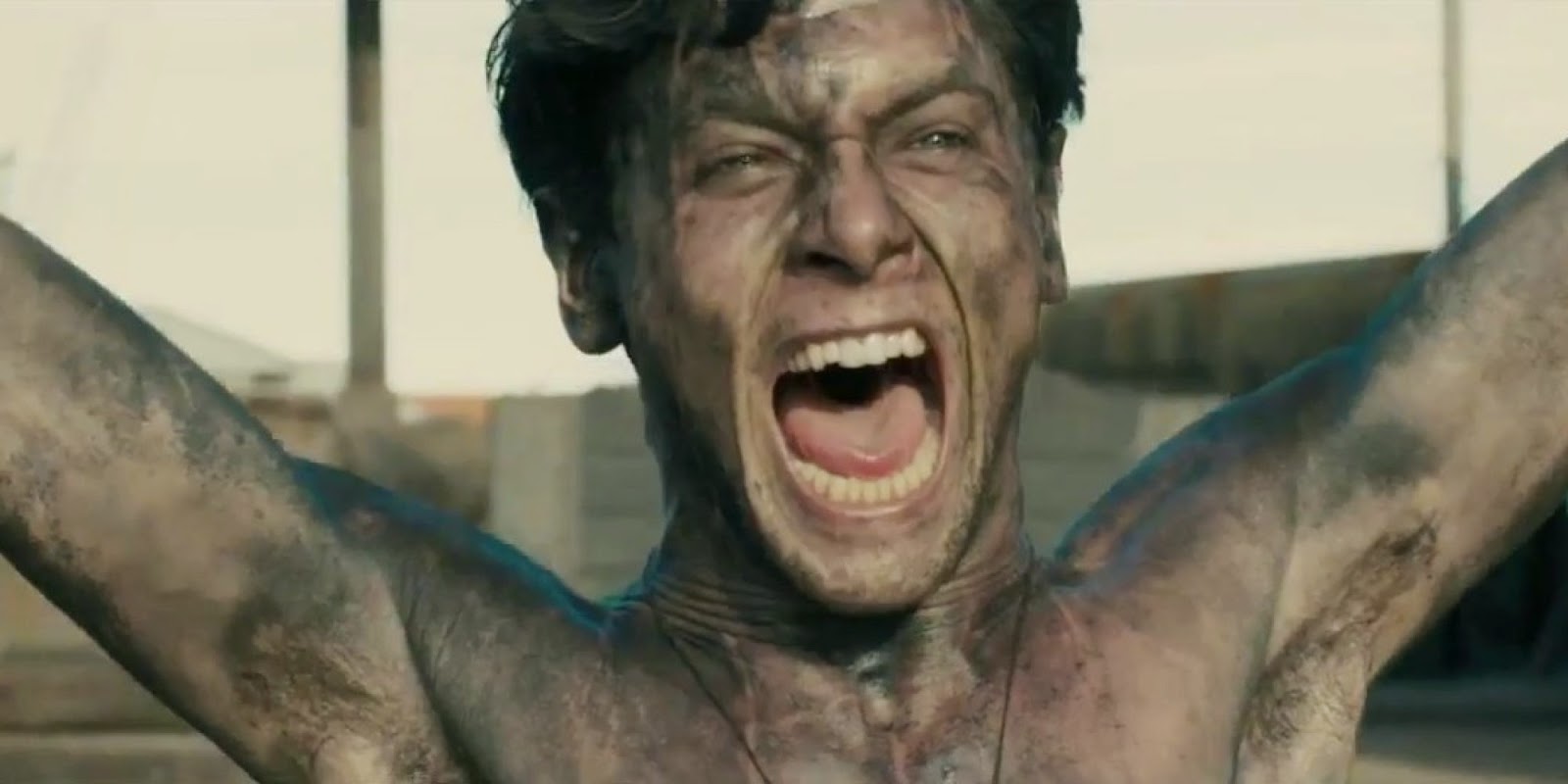 Only Angelina Jolie’s second directorial effort, Unbroken is a very beautiful film to look at. Granted, she did herself a solid by retaining the services of celebrated director of photography, Roger Deakins, one of the premiere cinematographers working today. Unfortunately, the rest of the film falls flat, with an uneven pace, odd structure (at least at first), and too steadfast a dedication to telling every single step of Louis Zamperini’s (Jack O’Connell) amazing survival story that it’s ultimately unable to set itself apart from any standard, triumph-of-the-human-spirit type tale.

Zamperini’s story is incredible, no doubt: starting from troubled early days as a punk kid in Depression-era Torrance, California, he went on to compete in the 1936 Olympics in Berlin. Though he finished eighth in the 5,000-meter race, he recorded the fastest final lap, which caught the attention of Hitler, who insisted on a personal meeting (a moment noticeably absent in the film). Later, serving as a bombardier in World War II, his cobbled together B-24 crashed, and he spent 47 days on a life raft bobbing around in the shark-infested Pacific Ocean, trying not to die in a number of ways before finding rescue through a Japanese navy ship. The remainder of the war he spent brutalized in various POW camps.

“How much can befall one man?”, you may ask, and Zamperini’s is the kind of story you wouldn’t believe unless you already knew it to be true. Think Forrest Gump—only real. Based on Laura Hildenbrand’s biography, Unbroken: A World War II Story of Survival, Resilience, and Redemption, and adapted by Joel and Ethan Coen, Unbroken is at the mercy of Jolie’s commitment to convincing the audience that the story is, in fact, not exaggerated. She faithfully recounts every step on Zamperini’s harrowing journey, to a fault.

The film bursts to life with a tense bombing mission, early scenes intercut with flashbacks to Zamperini’s childhood and his career as a runner. This jarring structure is thankfully abandoned after the first act, the remaining sequence of events told in chronological order, but eventually every occurrence starts to feel sadistic, like the film is piling horror upon horror, relentlessly, without looking to any greater meaning or purpose. Of course, this is how it happened, but by leaving nothing out the story loses all focus. It’s very episodic: this happened; then this happened; and then he was taken here. It’s a blow-by-blow account, a herky-jerky space the predictable result, so as a narrative, Unbroken never builds; instead of an arc, it’s a remains a flat line. The film merely trundles along, hitting main points, and then the Bird (Takamasa Ishihara), a sadistic POW camp guard, whacks Louis in the face with a bamboo rod a bunch of times. Cue end credits.

All which could be forgiven if the film had anything else in mind besides showing Zamperini’s trials and tribulations bluntly. His younger days are little more than his brother telling him to shape up, passing along empty slogans like “If you can take it, you can make it” and “A moment of pain is worth a lifetime of glory,” so that when we hear such advice and bromides later it all makes sense. Early on in the film, during the war scenes, everything seems fine; we may be thrust into the midst of heated combat, but the guys are all friends, Zamperini’s well liked, and when people die, it’s shrugged off. Even in the camps, Louis’s pummeling is pretty much all that happens. Almost no one talks; scenes are comprised primarily of American soldiers looking grubby and sad while Louis stands defiant, the holy hell beat out of him. Then there’s the running; so damn much running.

The film’s only attempt to form any bond with any characters besides Louis occurs when he sits aboard the life raft, post-crash, with Phil (Domhnall Gleeson) and Mac (Finn Wittrock). The three survivors struggle to catch fish, avoid sharks, and try not to lose their minds—these scenes are fantastic, engrossing in ways the movie never achieves again. While no more or less harrowing than the other events Jolie shows, these scenes in the ocean are the only times where any meaningful human interaction takes place. Seriously. It’s also the only part of Unbroken in which the actors have anything substantial to do.

O’Connell has won a ton of critical acclaim this year for his turns in films like Starred Up and ’71. Many expected Unbroken to be his coming out party, and while he’s far from incompetent, the film affords him little besides the opportunity to stare into the middle distance for long stretches of time.