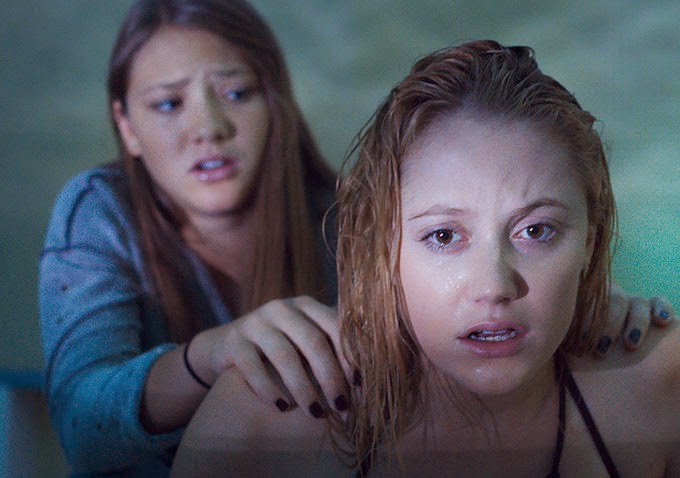 2014 has been an awesome year for independent horror, and even though one of the most celebrated titles (Jennifer Kent’s The Babadook) left me totally flat, there is a lot to celebrate, and a lot to look forward to. One of the films I’m most anticipating is David Robert Mitchell’s It Follows, especially after watching this chilling new trailer.

It Follows premiered at Cannes Critics Week, and has continued to gather hype in the intervening months. The plot revolves around a girl who, after a successful date, winds up with some sort of sexually transmitted problem, only instead of the clap, she finds herself haunted by horrific visions and the feeling that she’s being followed. The only cure is to pass it along to someone else. They should show this movie in every junior high health class, that’ll teach you to keep it in your pants, and quick.

Starring Maika Monroe, who is fantastic in TheGuest (one of my favorites of the year), Kier Gilchrist, Daniel Zovatto, Jake Weary, Olivia Luccardi, and Lili Sepe, It Follows opens in France on February 4, hence the French trailer. Radius owns the domestic distribution rights, but there’s still no word on when we might see a U.S. Release. In the meantime, enjoy.