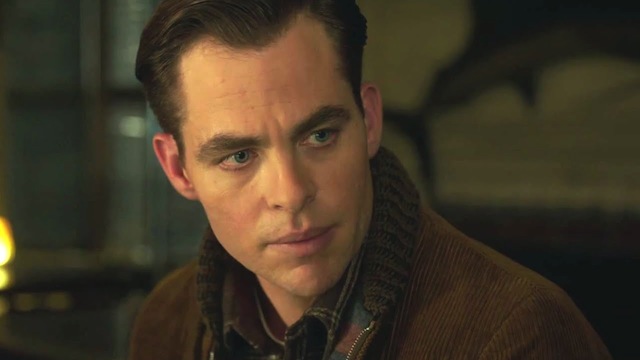 When The Finest Hours, a movie about the true life heroism of a rag tag group of Coast Guard members battling a fierce New England storm in the early 1950s to save the stranded crew of a wrecked tanker, is actually about that, it’s not bad. Giant waves flinging various vessels around willy-nilly, a crew racing to the rescue, another struggling to stay afloat long enough for them to arrive; all of this works. The problem is whenever the movie does anything else.

The scenes of a too-small boat, piloted by Chris Pine in a drastic change from his time at the helm of the Enterprise, plowing through giant rolling breakers, or Casey Affleck trying to MacGyver the aft portion of a snapped-in-half tanker through a raging storm; these are harrowing and visceral, exciting and primal. When people talk, or the script from Scott Silver, Paul Tamasy, and Eric Johnson—based on a book by Casey Sherman and Michael J. Tougias—tries to make the cardboard cutout characters do things, talk to each other, or interact in any way, The Finest Hours is brutally dull.

This could be forgiven if the action sequences were the primary focus, but unfortunately for the viewer, they aren’t. It takes so, so long to get anywhere. The first act plods along following good-natured, painfully awkward Boatswains Mate First Class Bernie Weber (Pine) on a date with the lovely, impetuous, does-what-she-wants Miriam (Holliday Grainger). He’s the kind of socially awkward that only exists in movies, that’s supposed to be endearing, but instead is obnoxious and cloying. Too often he comes across as a simpleton, and Pine plays him like he’s a little bit slow—he even thinks he has to ask his superior for permission to marry his girlfriend. 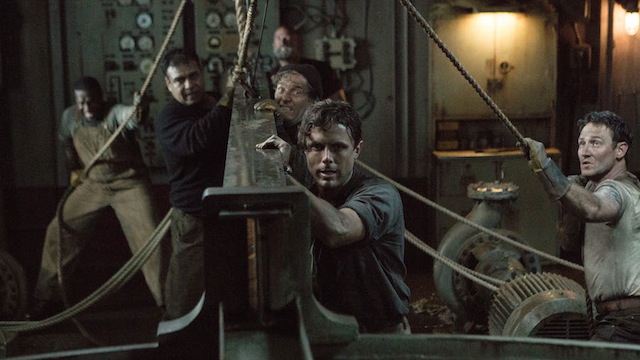 Fortunately for us there is a terrible tragedy about to go down. The tanker Pendleton is ripped in half in the midst of a vicious winter storm, stranding many of the sailors, including the reluctant leader Ray Sybert (Affleck), and Bernie is forced into action. Given what amounts to an impossible task that they’re either going to wuss out of—by pretending to “get lost” on the way—or die trying to accomplish, Bernie heads out into the building-tall waves and gale-force winds to rescue the remnants of the crew.

Aside from Bernie, Sybert and Miriam, there’s little need to even know anyone’s name, as they’re all types. There’s the negligently inept supervisor; a slick, fast-talking best friend; a jolly cook on the tanker who sings all the time; the grizzled older seaman; the scared-shitless new guy—I think you get what I’m going with this. There’s so little characterization done with anyone, including the main players, why even bother to give them names. Otherwise fine actors like Eric Bana, Ben Foster, and Graham McTavish are squandered on rote roles.

Casey Affleck gives a solid performance as the stoic, near-silent Sybert, but while he’s compelling to watch on screen—he has an aw-shucks demeanor that belies a deep knowledge and capability, and the crew’s respect for him reflects this—he never rises above the archetype reluctant hero. And there are key pieces missing from his story—it’s said, and often, that he loves the Pendleton, that he’s in love with the ship, but aside from the fact that he spends a lot of time in her guts, there’s no indication of where this affection comes from. 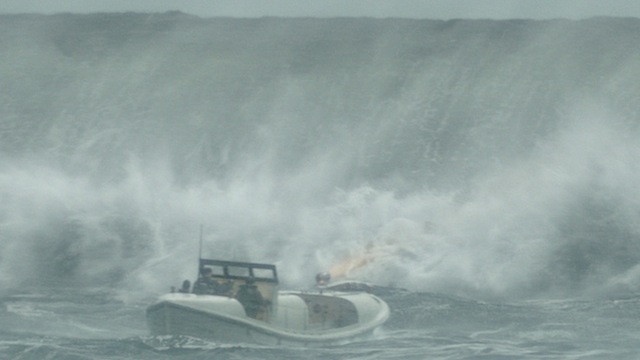 Miriam is a weird anomaly. The Finest Hours wants to make her some kind of strong feminist construct—she’s self-assured, she’s the one who proposes, she barges into Bernie’s boss’ office to demand to know what’s going on. As one character says, it’s not what the other wives and girlfriends do, and especially in this era, that’s true. Then, halfway through, once Bernie is out to sea being jostled about on his tiny boat, the movie has zero clue what to do with her. She just muddles through a few scenes that are supposed to be emotional—a half-baked back story about how once Bernie couldn’t save some people partially plays out—but it feels like she’s just walking around the set asking, “What am I doing?”

Tucked into the back end of January, long the studio’s dumping ground for films that don’t live up to their potential, The Finest Hours is largely what’s expected. For this time of year, it works reasonably well as a diverting spectacle, at least as if you can wade through the tedious sentimentality. The 3D is completely unnecessary, but it’s far from the worst I’ve ever seen.

The real-life rescue of the Pendleton is one of those remarkable tales that, if The Finest Hours wasn’t based on fact, it would stretch your credulity. But as exciting as it can be, the rest of the movie, chiefly the human side of things, falls flat on its face and offers little of interest. [Grade: C]