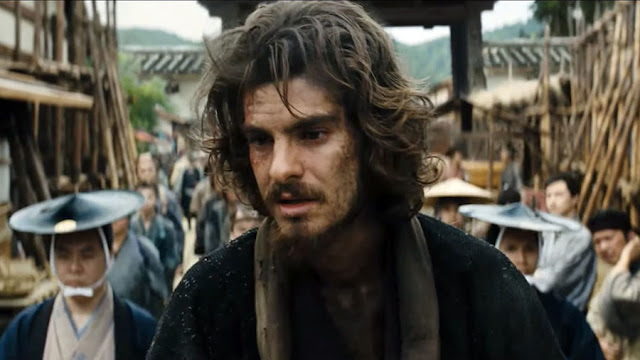 Any Martin Scorsese movie is going to be an automatic awards contender; that’s just a fact. And we’re talking biggies here, too, like Oscar, not just some random Seattle film asshole’s end of the year top ten list. Such is the case with his latest, Silence, though it’s been a tight race to see if it would squeak in under the deadline and make the cut for 2016. This has now been decided with a resounding yes, and there’s a tense new trailer just in case you need extra motivation to get up for a Martin Scorsese movie. Check it out after the jump.

Based on Shusaku Endo’s 1966 novel of the same name (which also was adapted by Masahiro Shinoda in 1971), Silence has been a passion project of Scorsese’s for decades. It’s been in development since like 1990. Over the years, there have been numerous actors attached, including the likes of Daniel Day-Lewis, Gael Garcia Bernal, Benicio del Toro, and others.

Even in its present incarnation, there was concern about whether or not Silence would be ready for an end-of-the-year run to qualify for awards. Reports of one cut that ran 195 minutes made the rounds, but this version, purportedly what will be release in theaters—though I’d be surprised if there’s not still some tinkering going on—is a robust, but manageable 159. Hell, that’s not even Wolf of Wall Street long.

Of course, this first Silence footage is fantastic. Working from a screenplay adapted by previous Scorsese collaborator Jay Cocks (The Age of Innocence, Gangs of New York), the film follows two 17th century Jesuit priests, Andrew Garfield and Adam Driver, as they travel to Japan to track down their troubled mentor (Liam Neeson) and spread the good word. And from the look of this first footage, the locals are none too enthused by their presence. That crucifixion/drowning scene though, damn. 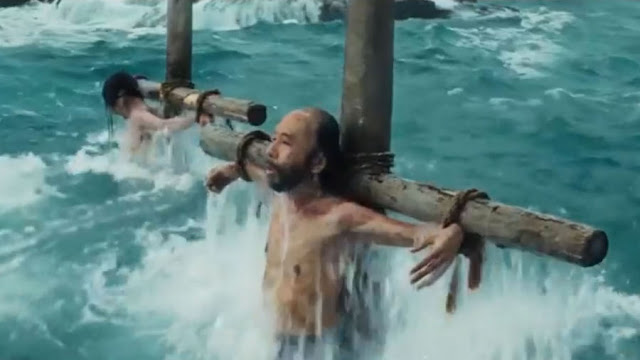 Silence looks grim and dark, full of weighty themes of faith, violence, persecution, and more. All of which provides the auteur fertile ground in which to work. There’s some obvious Andrew Garfield looking like Jesus moments, and Scorsese has never shied away from boundary pushing religious subjects or crises of faith—this is the guy who made The Last Temptation of Christ after all. If nothing else, this is a Martin Scorsese movie and will be something to behold.

Silence opens in limited release on December 23, just in time to bum out everyone on Christmas, and rolls out wide starting in January.
Posted by Brent McKnight at 12:05 PM