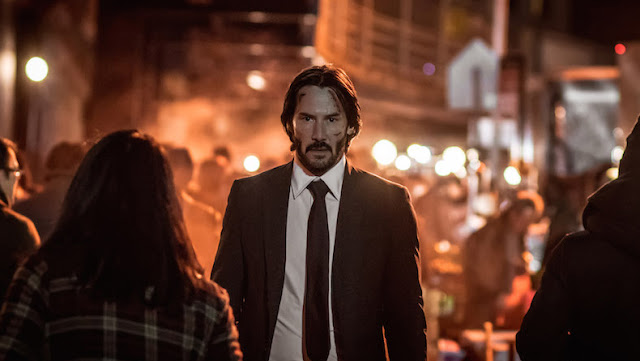 As long as villains keep making the absolute worst choice imaginable, messing with John Wick—seriously, never fuck with the guy the movie’s named after—and as long as the result is even a fraction as great as the franchise has been thus far, I will continue to drool over these films. I hope they never leave him alone.

John Wick blindsided everyone in 2014, and while I’m not 100% comfortable saying it’s the best movie since—we did, after all, get Mad Max: Fury Road in that time—it’s easily one of the peak action movies of the modern era. Stuntmen-turned-directors David Leitch and Chad Stahelski eschewed the ubiquitous shake-y cam and lightning quick edits so prominent in American genre offerings for long takes and steady frames full of elaborately choreographed action and visceral, jaw-droppingly badass stunts.

In short, John Wick: Chapter 2 has a lot to live up to. And it does. 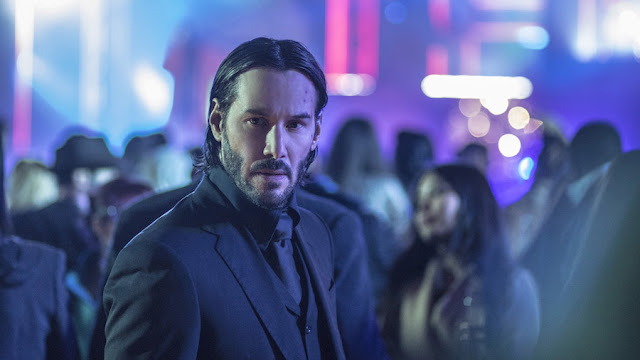 We can debate whether or not it’s better than the original. (I witnessed a good-natured Twitter kerfuffle about whether John Wick: Chapter 2 is 98% as awesome as the first or 135% as awesome.) And while firmly I believe there are sound arguments on both ends, it’s completely irrelevant. It’s awesome, incredibly awesome anyway you look at it, and that’s all that matters.

Chad Stahelski flies solo at the helm this time, but doesn’t miss a beat. John Wick 2 has the same raw energy, heightened color palette, and, most importantly, raw, gritty action. The story is simple: the titular, bad-at-retiring hitman (Keanu Reeves) gets called back into the life he left one more time in order to repay a blood oath to an ambitious crime lord (Riccardo Scamarcio). There’s betrayal, murder, and when John Wick finds out he has a price on his head, he goes revenging and kills…well, everyone. Sound perfect, right? 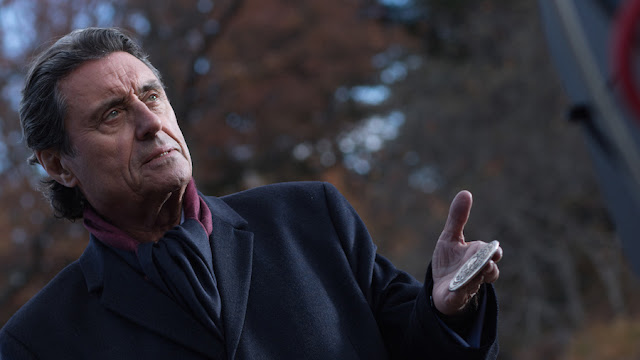 John Wick introduced us to a shadowy parallel world of assassins and criminal, and John Wick: Chapter 2 tears that world wide open. Beginning with scene that resembles in onscreen D-derby, Derek Kolstad’s script creates a labyrinthine underworld of blood debts and boogymen, where everyone in New York City appears to be an outlaw, and Laurence Fishburne can become hobo royalty.

John Wick: Chapter 2 has a lot of fun digging into this world, at times perhaps too much fun. Which is my only knock against the movie—though it’s not that big a deal. Gearheads will delight over John Wick’s visit with the “Sommelier” (Peter Serafinowicz) to explore the lengthy gun menu, or his discussion of tactical evening wear. (It’s less a traditional gearing up scene and more of a getting awesome scene.) The flourishes are clever and inventive and help sell this pseudo-comic book realm, but it momentarily borders on too much, leaning heavily on the myth of John Wick. We get it, he’s a legendary badass, a bedtime story hoods tell their kids at night, it’s time to move on. 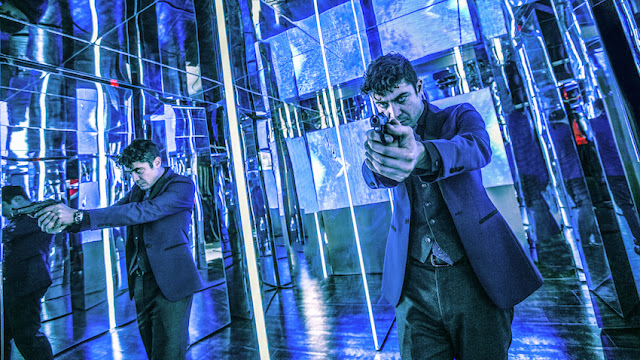 Though John Wick: Chapter 2 may dawdle just a bit, once it lights the fuse, watch the fuck out. Our hero tears through legions of faceless goons with his gun-fu, rolling arm bars, and headshots—oh so many headshots. Stahelski and company coherently stage, shoot, and edit the action, nodding to its predecessor as well as the classics like Enter the Dragon and ultraviolent grindhouse fare.

People don’t necessarily think of Keanu Reeves as a delicate, nuanced thespian, but he knows where his talents lie, what he’s good at, and, especially at this stage of his career, how to pick roles that fit him to a tee. And in John Wick, he’s found maybe his best John yet (seriously, he’s played countless Johns or Johnnys). His charismatic nonchalance is a perfect delivery system for tough-guy dialogue that could easily sound stilted or cheesy—an earnestness exists alongside an obvious level of enjoyment and gallows humor that keeps the character from devolving into an over-serious caricature. 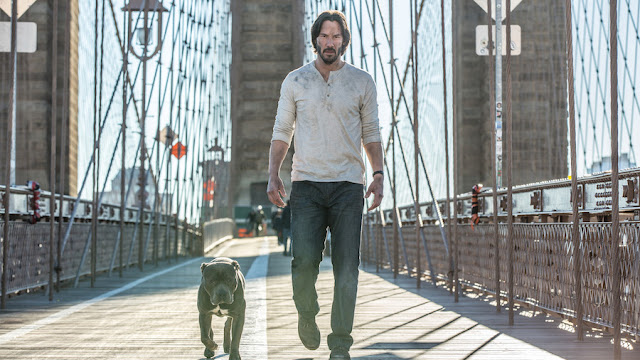 And at 52, Reeves brings an impressive physicality that’s fluid and grounded and anchors the character. Small movements drawing a gun or blocking a knife blow appear easy and natural on-screen and belie the extensive training. Stylized as it is, the violence carries an authenticity rarely found in modern American action cinema—especially a movie released into theaters, though there’s more of this to be found in the DTV realm. You won’t find grand, sweeping gestures, every movement is practical and calculated.

It doesn’t hurt matters that the collection of supporting players is enough to make hardcore action heads giddy. Ian McShane is back as the take-no-shit hotel proprietor, Winston; Lance Reddick’s Charon comes around again, doubling down on the descent-into-hell metaphor; Ruby Rose, who’s become the go-to sultry female badass, plays Ares, a mute assassin (in addition to Russian and Italian, John Wick is apparently fluent in American Sign Language); Common’s Cassian picks a fight he shouldn’t have; and the list of stunt performers reads like the roster of an all-star team. And, of course, Franco Nero, Django himself, shows up with a dope-ass tiny ponytail and an old man swagger like no other. I may or may not have cheered. 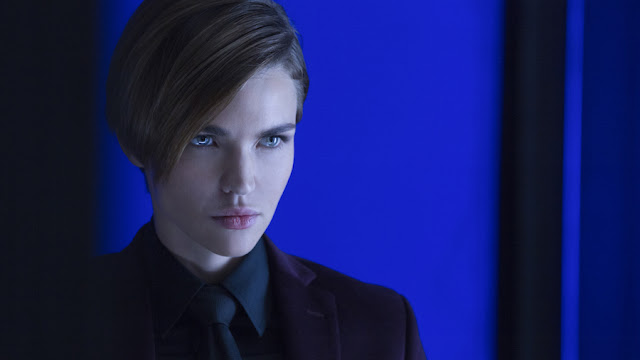 Religious imagery is less prominent in John Wick: Chapter 2, and there’s less tormented moping about his dead wife, though the existential dread still factors in. He also has another dog, a beautiful blue nose pit bull this time instead of a beagle. Spoiler: the dog lives in case you were worried about this becoming the dog-killing franchise. (I totally did.)

Basically, unless 2017 is this is an insanely good—and I’m talking historic—year for movies, with action, horror, and sci-fi all firing at high levels (which is possible, there are a ton of movies in all three genres I’m fiending hard for), John Wick: Chapter 2 has a safe slot on my 2017 best-of list. Plot wise, it’s not light years different from the previous chapter, but it’s everything fans want it to be, and if they crank out one of these every few years, I’ll be there every damn step of the way. [Grade: A]