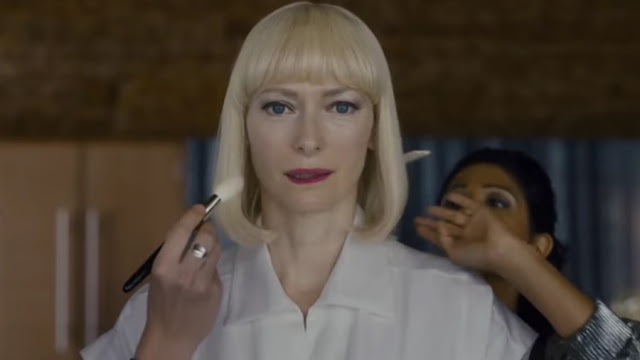 All South Korean filmmaker Bong Joon-ho does is kick out the jams, cinematically speaking that is. And you better believe the idea of The Host director telling the tender story about a young girl and her best friend, a giant genetically altered pig monster, has my full and undivided attention. Netflix just dropped the first trailer for Okja.

Bong is nothing if not unpredictable, and thisOkja trailer is not entirely what most of you probably expected. There’s less rampaging chaos and more touchy feely stuff going on. Which makes sense. Sure, The Host spends plenty of time watching a giant monster wreak havoc, but it spends just as much, if not more, laying the emotional framework and developing characters and relationships, which makes the destruction so much more meaningful than, say, the latest American Godzilla. And don’t worry, there’s bound to be some mayhem.

From visionary Director Bong Joon Ho, this grand global adventure follows a friendship too big to ignore. Meet Mija, a young girl who risks everything to prevent a powerful, multi-national company from kidnapping her best friend – a massive animal named Okja. Following her across continents, the coming-of-age comedy drama sees Mija’s horizons expand in a way one never would want for one’s children, coming up against the harsh realities of genetically modified food experimentation, globalization, eco-terrorism, and humanity’s obsession with image, brand and self-promotion.

So, this sounds timely as all hell. And you can be sure that, amidst whatever action and bedlam Bong Joon-ho unleashes on screen, there will also be some warm fuzzies and, since there’s the friendship between a child and an animal front and center, I fully expect to bawl at least once.

Okja hits Netflix on June 28, which is a damn shame, because any Bong Joon-ho movie deserves to be seen on the big screen, not on a phone or a laptop. But I’ll take what I can get.
Posted by Brent McKnight at 8:08 AM