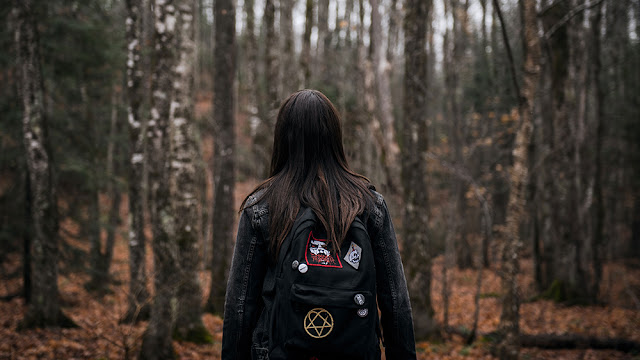 I don’t know writer/director Adam MacDonald (Backcountry) personally, but I can say with relative certainty that he made his new movie, Pyewacket, just for me. Okay, maybe not, but we’re talking about an occult, heavy metal, satanic panic horror movie, so he may as well have titled it Movie for Brent. Check out this trailer if you’re picking up what I’m putting down.

This trailer from Collider’s got a troubled, grieving teen, a problematic mother/daughter relationship, burnout friends who wear a lot of black, dabbling in the occult, and, perhaps most importantly, a sweet, guitar-shredding soundtrack. I might just marathon this with The Devil’s Candy, Black Roses, and Rock ‘n’ Roll Nightmare.

When you’re dealing with demons, be careful what you wish for… In this ultra-unsettling occult nightmare, teenage Leah (Nicole Muñoz) finds solace from the recent death of her father—and from her strained relationship with her mother (Laurie Holden)—by dabbling in the dark arts. It all seems like harmless fun at first, until a blow out argument leads Leah to do the unthinkable: put a death curse on her mother. No sooner has the girl performed the ritual than she regrets it. But it may be too late, as an evil presence known as Pyewacket begins to make itself known—and threatens to destroy both mother and daughter. Backcountry director Adam MacDonald builds hair-raising tension around what’s both a complex mother-daughter tale and a frightening fable about our darkest desires.

Pyewacket played at the Toronto International Film Festival. It stars The Walking Dead vet Laurie Holden, Nicole Munoz, and, from the look of things, all manner of evil spirits.

We’ll get to check out the dark, demonic atmosphere when IFC Midnight releases Pyewacket in theaters and on VOD on March 23.

In the meantime, take a gander at this poster. 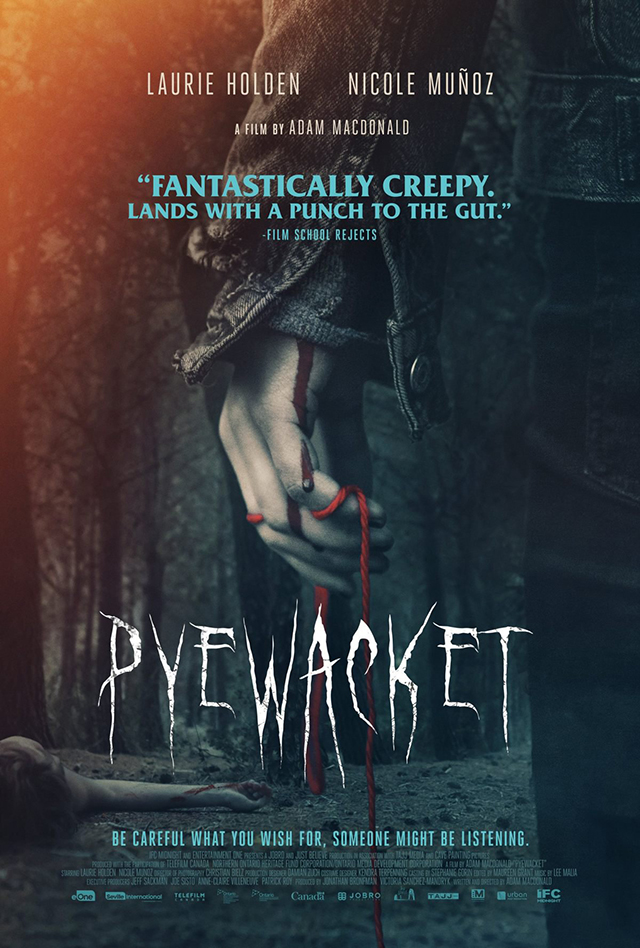