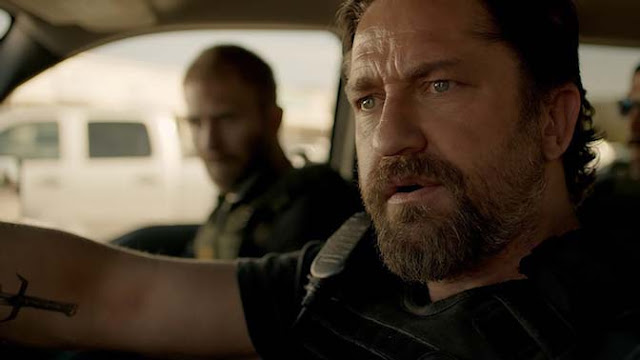 If you read this site on any sort of regular basis, you probably know my affection for both Gerard Butler and Asian action cinema. And now the two find themselves on a collision course. South Korean director Jung Byung-gil, who helmed last year’s The Villainess, will team up with GB to adapt the Red 5 Comics sci-fi miniseries Afterburn. Throwing sci-fi into the mix only sweetens the deal.

Deadline reports Jung will direct Butler and work from a script by Matt Johnson, whose resume includes Into the Blue, Tracers, and Torque. Which sounds like a good match for Butler. Neil Moritz of the Fast and Furious franchise will serve as one of many producers.

Afterburn is reportedly a passion project for Butler, so he should be in full-blown manic scene-chewing glory form. Described as a “futuristic action adventure,” the hope is this will launch a new franchise.

Five years after a solar flare disrupts all technology in Europe, a treasure hunter (Butler) goes to France to retrieve the Mona Lisa. Paired with a strong willed weapons expert with her own agenda, the two search for the famed painting and encounter unexpected enemies along the way. They are eyeing future story lines where the character searches for such treasures as England’s Crown Jewels, the Star of India, or China’s Imperial Treasures.

Traipsing around the post-apocalyptic future and pillaging valuable items certainly sounds like it could lead to an ongoing series. It sounds a little like an after-the-collapse-of-civilization Indiana Jones, only way trashier. And I’m so game for all of this. 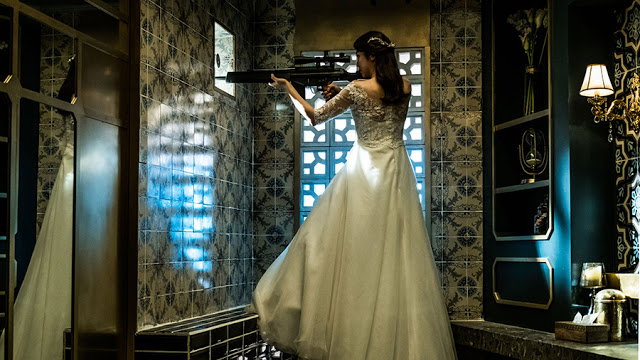 Geostorm was one heavy-handed editor away from being the best movie ever, thanks in large part to Gerard Butler’s bonkers, who-gives-a-shit-I’m-a-fuckin'-scientist turn, and I legit love both his macho Heat knockoff Den of Thieves and ‘80s B-grade action trash homage London has Fallen. And while The Villainess has its ups and downs, the highs are manic and frenzied and dangling-off-a-speeding-bus-while-wielding-a-hatchet high. The idea of Butler and Jung joining forces just makes me all tingly inside.

Afterburn reportedly has an eye on starting production sometime in the late summer. If I hear anything else, and you can bet I’ll be listening, I’ll share it with you fine folks.
Posted by Brent McKnight at 8:17 AM