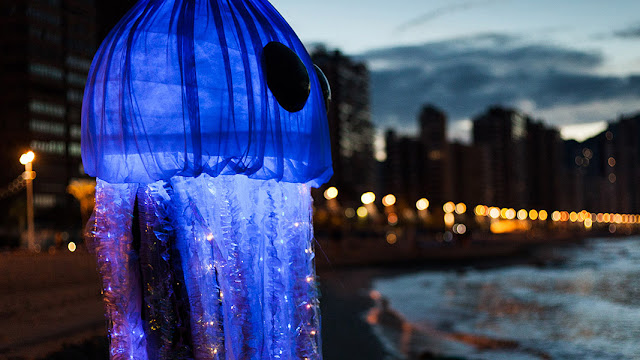 Some schools of thought posit striving for immortality and finding ways to stave off death as the driving force behind everything we as the human race do. Regardless of the veracity of that stance, it’s also formed a key component of science fiction as a genre. That includes the trailer for the new French sci-fi thriller series Ad Vitam, where people live well past 100 and that stars Raw breakout Garance Marillier. Take a peek after the jump, it looks like a damn fine time.

Set in a world where advances in medical science allow people to seemingly grasp eternal life, this progress creates civil unrest and turmoil. The youth rebel, as youth always do, but not in the usual ways. From this trailer, there looks to be thrills, mystery, social commentary, and grappling with big philosophical questions inherent in living forever. You know, all the best sci-fi stuff.

I also dig the visual aesthetic. There’s a strong sci-fi noir component—I can’t help but think Blade Runner, Dark Days, and similar cyberpunk and dystopian-leaning titles. And as someone creeped the hell out by jellyfish, that central visual metaphor lands hard.

Here’s a synopsis of Ad Vitam:

A new regeneration process allows human beings to live forever, but when a number of teenage suicides rock the seemingly evergreen population, a hard-boiled detective must enlist the help of a rebellious 20-something to uncover the truth behind what happened.

The world has finally cracked the code on bodily technology and a new regeneration process allows human beings to live forever.  When a rash of possibly connected teenage suicides rocks the seemingly evergreen population, a hard-boiled detective must enlist the help of a rebellious twentysomething to uncover the truth behind what happened. Together, they dive into an underworld of alternative religions, hidden conspiracies, and life (or death) choices.

Starting with a strong visual metaphor, a lone soul in a glowing jellyfish costume wandering through a rave, Ad Vitam puts many other science-fiction TV shows to shame by giving the viewer a thoughtful, digestible, and completely believable take on its lofty concept.

Ad Vitam comes from writer-director Thomas Cailley (Love at first Fight), who helms every episode and co-wrote the saga with Sebastien Mounier. The pair teamed up for a 2016 miniseries called Trepalium. It’s also nice to see Garance Marillier again. She owns so hard in Raw , I want to watch whatever she does for a good long while.

Ad Vitam will premiere at the Toronto International Film Festival (it may have debuted already), but there aren’t any international release details beyond that. That said, this does look tailor made for Netflix, who have picked up a number of intriguing international sci-fi centric series recently. So, my dudes, maybe get on that, if you please.
Posted by Brent McKnight at 8:27 AM