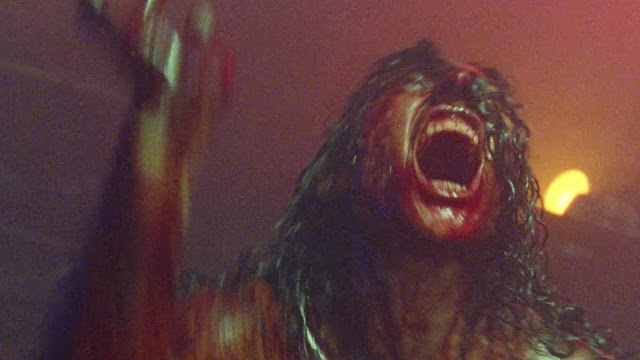 Well, hello there, Bliss, nice to meet you. Indie horror director Joe Begos (Almost Human, The Mind’s Eye) is back with a nasty, mean-mugging, gore-soaked take on a vampire story. And as the kids say (or, more likely, don’t anymore), this looks very much like my shit. Check out the trailer below. It feels like something you’d encounter as the back half of a double feature at a movie theater where you’re a little bit afraid you might get stabbed.

From the look of this trailer, which I stumbled up on at Bloody Disgusting, Bliss is brutal, bloody, and all kinds of twisted—that’s to be expected from a Begos movie. There are definite Near Dark vibes, and I’d be lying if I didn’t get overtones of both Only Lovers Left Alive and The Devil’s Candy. But damn, this ultimately unspools and looks like if Gaspare Noe directed the blood rave scene from Blade. These are all good, good things, mind you.

Here’s the synopsis, which certainly fits with what we see in the trailer:

Known for her dark and macabre artwork, painter Dezzy Donahue (Dora Madison) is in a professional rut. Unable to finish her newest commissioned work, Dezzy looks to reignite her creative juices by letting loose-as in, taking every drug in sight and tearing through raucous house parties and heavy metal bars. After a few nights spent with her debauchery-loving friends Courtney (Tru Collins) and Ronnie (Rhys Wakefield), though, Dezzy notices changes within herself. On the positive side, she’s finally painting again, but she’s also developing a strange desire for blood. As someone who has never been able to control her vices in the first place, Dezzy is quickly and violently consumed by this bloodlust.

I was already into the idea of Bliss, but this trailer seals the deal. I need this in my brain hole ASAP.

Bliss premieres at the Tribeca Film Festival in New York, which kicks off later this month. Next week, actually. Dark Sky Films will release the movie, and hopefully we’ll be able to lay eyes upon the carnage and sleaze before too long. 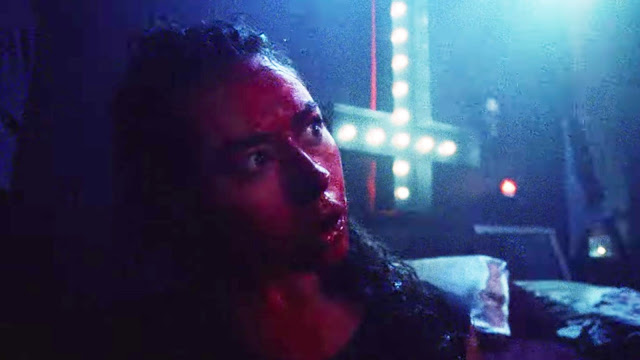