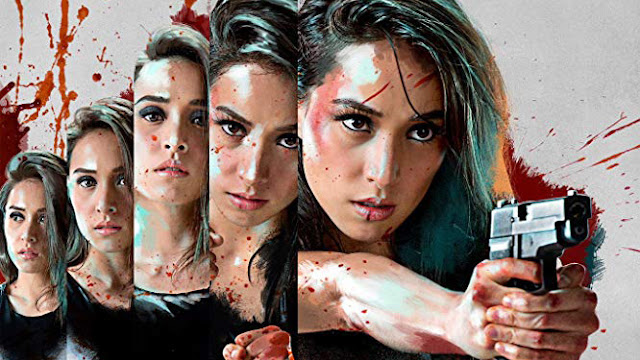 I don’t generally make it a practice of noting every time Netflix acquires one random movie or another. They’re so busy snapping up films I would never sleep. But I’ll make an exception in this case, as this is a movie I’ve been dying to see. Netflix just acquired the rights to Filipino director Pedring Lopez’ action movie Maria, and it drops on the divisive service May 17.

Screen Daily has the news that the streaming behemoth snagged the worldwide rights to Maria, which recently opened in the Philippines. So, now I have plans that day, and if you’re a fan of badass international action movies, you should, too.

This is a familiar concept. If you watched Furie recently, which you should do if you haven’t, it’s very familiar. The story tracks a former assassin, played by Cristine Reyes, who has a child and gets out of the game, trading in her killing skills for a peaceful motherhood. That, of course, doesn’t last, and when some short-sighted goon kidnaps her daughter, she break out her old bag of tricks. Simple, straightforward, but a suitable delivery system for ass-kickery of all kinds. When are movie villains going to learn their lesson about messing with the children of secret former killers? They really should know better by now.

Check out the trailer:

Cristine Reyes stars as Lily, a former cartel assassin who begins her new life as Maria—a new life suddenly cut short when the cartel learns of her whereabouts. Soon, the hunter becomes the hunted and a new fight wages on with revenge as the ultimate prize.

You may notice a similar vibe to BuyBust, another recent actioner out of the Philippines you should also watch if you haven’t. Part of that is a similar color pattern and the country of origin, but both films also employs stunt choreographer Sonny Sison to stage the fights, which isn’t a bad thing.

Maria co-stars Germaine De Leon, Jennifer Lee, Ronnie Lazaro, Cindy Miranda, Freddy Webb, Ivan Padilla, and KC Montero. This is one I’ve been keeping an eye on for a while, and I’m stoked we get to check it out soon. Mark May 17 on your calendars for sure.
Posted by Brent McKnight at 8:42 AM

Thankyou for this fantastic post, I am glad I noticed this internet site on yahoo. 투데이서버

Hello, Neat post. There’s an issue together with your web site in internet explorer, might test this… IE nonetheless is the market chief and a big portion of people will pass over your wonderful writing due to this problem. Game PS2