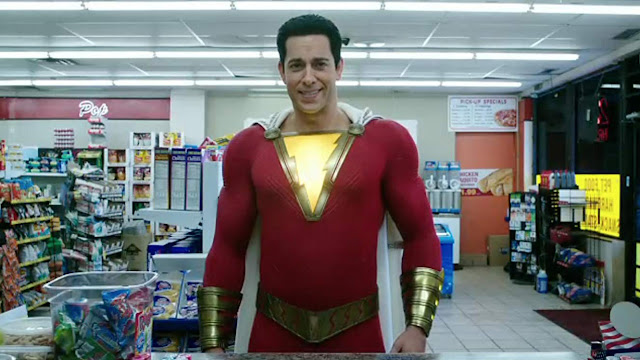 Shazam! aims to say something about staying true to yourself, finding family where you can, and that you don’t need superpowers to be a hero and do extraordinary things, all wrapped in superhero origin story trappings. Those aims are all well and good, but the finished product is so saccharine and hollow, the emotion so manufactured and false, and the goofiness wears so thin so fast, it becomes insufferable and leaves a lingering bad taste.

After an opening that drags and drags and drags, an ancient wizard (Djimon Hounsou in a terrible wig) imbues Billy Batson (Asher Angel), a foster kid, with heroic powers. When young Billy says the name of the titular mage, he transforms into Shazam (Zachary Levi), a very adult superhero, complete with abilities, a cape, and a muscle suit with a lightning bolt emblazoned on his chest. He’s tasked with battling the demonic creatures that personify the seven deadly sins and have taken over the sinister, daddy-issues-having Dr. Thaddeus Sivana (Mark Strong). 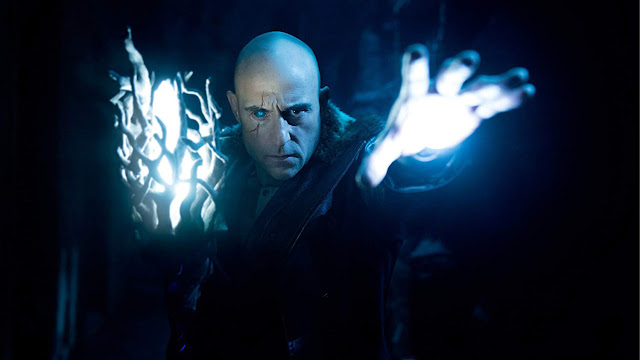 Despite serious threads and a darkness often associated with DC movies—the physical embodiment of the sins closely resemble the Doomsday creature design from Batman v Superman—Shazam! is an obvious attempt to inject some levity and fun into a cinematic universe often accused of being too grim and dour. While it contains nods to the existing framework, with references to Batman, Superman, and the rest, it mostly stands as its own thing.

The laughs largely stem from the fish-out-water and holy-crap-I’m-an-adult-now elements. Henry Gayden’s screenplay owes a great deal to Big, not only in concept, but also in tone, feel, and style of humor, as well as a few overt Big jokes. Levi has a total blast playing an adolescent trapped in a grown-up body, and along with Billy’s new foster brother, Freddy (Jack Dylan Grazer, It), they get into all the mischief adolescent boys would when given a new super-powered toy to play with. They recklessly test his powers and use these newfound skills to their advantage. 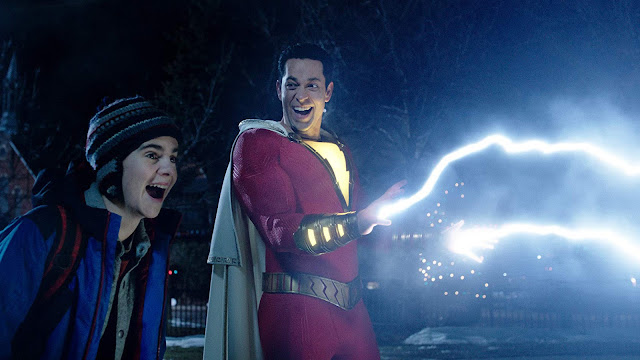 This is where Shazam! is best. Levi and Grazer have a great chemistry, they bounce off each other well, and it’s obvious they’re having a damn fine time. Walking with a crutch and a sarcastic attitude that hides deep wounds, Freddy is basically an updated version of J.C., the sidekick from Night of the Creeps—he even makes a number of similar jokes (to the point where I want to rewatch Creeps to see if it’s the exact wording).

There are two key problems with this. One, while fun and entertaining for a time, the film leans heavily on this element. It often pauses for wacky hijinks at key moments that derail the pace, and there’s not much substance beyond surface guffaws. As such, it goes from charming to annoying fairly quick, wearing out its welcome. 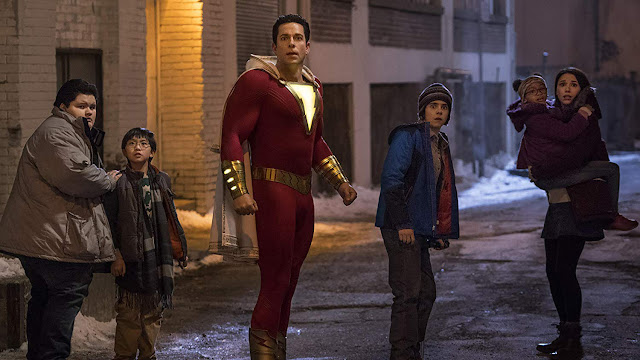 Second, everything else sucks. Mark Strong does what he can, but in true comic book movie form, his villain is blandly evil and wants power because that’s what blandly evil comic book villains do. Billy lands in a new group home with an intolerable assortment of adorable moppets created in a lab to pull at your heartstrings and become his new family, but who, outside of Freddy, are just a collection of personality quirks. They primarily exist for the villain to threaten and to teach the hero a valuable lesson about what’s really important.

Even the thread about Billy searching for his birthmother fails to move the emotional needle. Not only is it predictable and pat from the first moment, it carries no weight or resonance. The nondescript setup isn’t helped by the fact that Angel acts like a block of wood carved into the shape of a mopey tween. Levi manages to wring a touch of feeling out of his character—at least when dealing with Freddy—but Billy is a personality void. 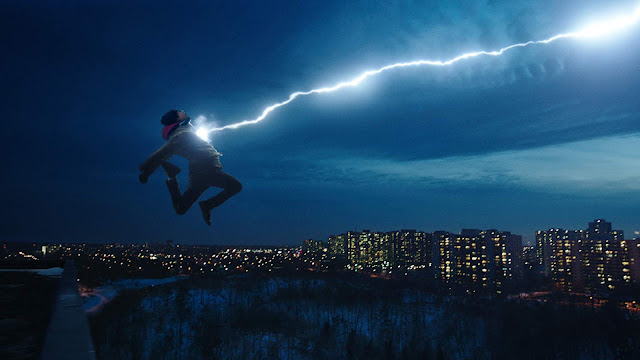 The special effects may be higher end, but the action is more on par with what we see from the DC TV shows than the movies. It calls to mind The Flash, Supergirl, and Arrow rather than Man of Steel, Wonder Wonder, and sure as hell not Aquaman. Outside of one cool shot that’s in all the trailers, there’s little or nothing of formal interest.

Other people like Shazam!, but I find it forced and cloying, grating and tedious. It mistakes rote, unsubstantial drama for earnestness and investment. Levi and Grazer are fun enough in small bursts, but the manufactured, synthetic, eye-rolling attempts to elicit feeling ring so maddeningly dishonest it’s almost insulting.