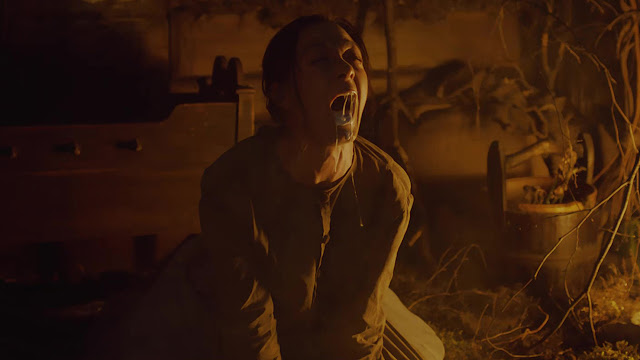 Austrian writer/director Lukas Feigelfeld’s Hagazussa: A Heathen’s Curse is a kind of horror that has a very specific audience. Deliberate, measured, and methodical, it’s slow-burn pace is not for everyone, but those who love it, will find much to cling to. And fortunately for me, I definitely fall into that category.

The easiest comparison point is Robert Eggers’ The Witch (or The VVitch if you’re one of those). There are definite parallels. Set in 15th-century Eastern Europe, the story follows Albrun (Aleksandra Cwen), a young girl, as she grows into a young single mother in an isolated cabin in the wilderness. It’s full of religious, supernatural, and potentially demonic overtones. And as mentioned, it’s in no hurry to get to anywhere or too concerned with over explanation. But to draw that direct line is to sell Hagazussa short, as it has much to offer on its own. (That said, The Witch may well dig this.) 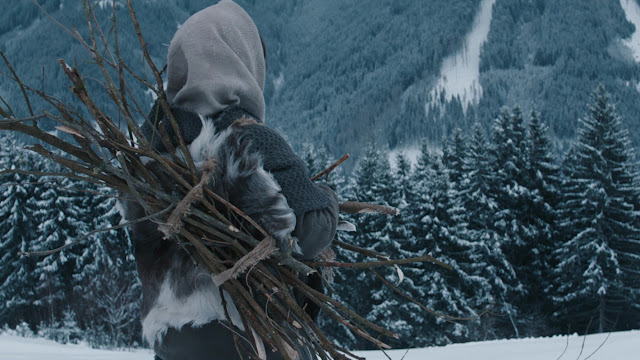 Brooding and dark, droning and ominous, Fiegelfeld uses all the tools at his disposal to ratchet up the pressure and continually escalate the tension. MMMD’s score is all thunderous hum and whirring buzz. While not overtly paranormal or otherworldly, at least initially, the remote, isolated setting and natural surroundings create a weirdness, an off-kilter sensation that seeps into every facet. It’s hard not to look at static shots of the deep forest, branches dancing in the wind, and not see spirits or gods or a presence. Lovely to look at, the setting is nothing short of breathtaking, and cinematographer Mariel Baqueiro uses it all to great effect. 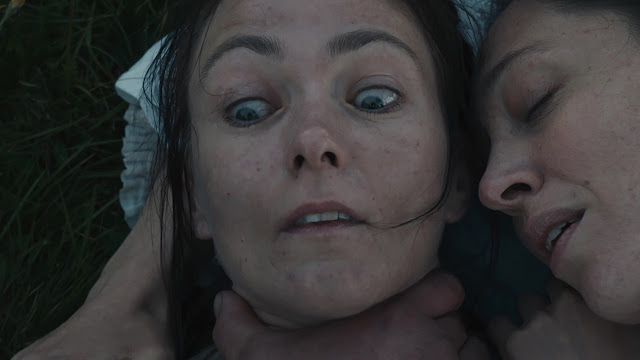 Cwen, who appeared in Feigelfeld’s first film, Interferenz, carries Hagazussa well. Almost entirely alone for most of the movie—she shares more scenes with goats than people—she exudes a strained, troubled vibe, rarely speaking. Even with the uncanny underpinnings, it’s easy to read the film, and Cwen’s performance, as grounded. From one perspective, she’s a distraught, traumatized young woman who’s endured a life a of pain, suffering, and hardships, coming unraveled in severe physical and social isolation.

With Hagazussa, Fiegelfeld eschews easy, obvious answers—if you’re hoping for the definite and concrete, look elsewhere. Your mileage may vary with A Heathen’s Curse—I already imagine certain viewers rolling their eyes at the gradually churning tempo and willfully obtuse tone. This is careful and calculated, moody and brooding, lovely and oblique. But for fans of a certain type of horror, with a particularly attuned temperament—or even if you’re just in a momentary mood for a slow-burn nightmare—there’s much value to find in these deep, dark woods.