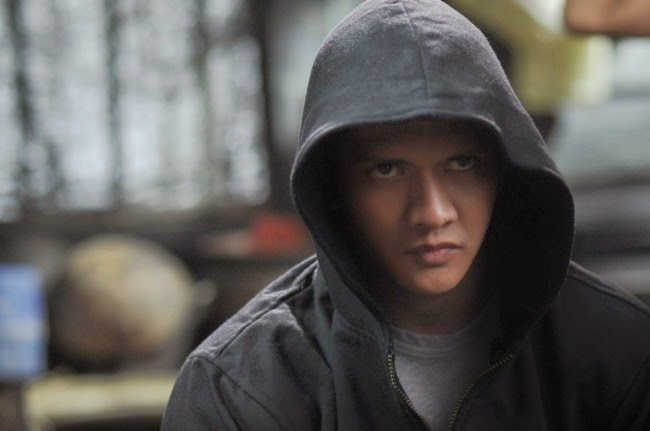 When most of us heard that the version of Gareth Evans’ “The Raid 2: Berandal” that screened at Sundance earlier this year was 149 minutes long, we assumed that was an ideal cut, and that the theatrical release would be trimmed significantly. Nope. The film is being unleashed in its full, two-and-a-half-hour glory—the true director’s cut reportedly hovers around two forty-five—and thank whatever deity or higher power you put your faith in, because it is as nuts as you hoped it would be. “Berandal” takes everything the first film, “The Raid: Redemption,” does and cranks it up exponentially. An increased budget means multiple locations, bigger set pieces, and insane action scene piled on top of insane action scene.

This is a raw, visceral experience. A few critics very publicly left the movie early, and you understand why. “Berandal” is 149-minutes of brutal, relentless violence that makes its predecessor look positively tame in comparison. Bones get broken, throats get slashed, and the human body gets pummeled and abused in unique, inventive ways you never would have imagined. There’s even a sweet hammer fight on a subway that will give you pause the next time you tackle a home-improvement project, and a full-on prison riot in knee-deep mud. We’re talking some next level shit going on here—the feeling of awe is similar to the first time you watched “Ong-Bak”—and you can’t look away, even when it repulses you—and it will. I loved every single second, but it’s easy to understand how those less inclined to unchecked carnage may be overwhelmed by the spectacle.

The biggest complaint about “Redemption” has always been a relative lack of story, not that you have much time to notice between fights. I don’t necessarily buy into that—I think it has just enough story—even if it does serve little purpose beyond propelling you from one explosive moment to the next. But “Berandal” addresses this issue, and has as a narrative that is a worthy tale to tell in its own right, and not just as a framework to prop up action scenes, though it certainly does that, too.

On the surface, the story is simple. In the aftermath of the first film, Rama (Iko Uwais) goes deep undercover in a criminal organization, again leaving his family, in order to ferret out rampant police corruption. However, from the simple set up, the plot sprawls out into complex, layered, and twisted tale, and is equal parts prison story, tale of revenge, gangland climb, and fall of the powerful. While you can argue that “Redemption” has no story, “Berandal” makes up for that in a big, big way.

After a brutal execution, “Berandal” begins by leaping around in time. You see Rama immediately following the conclusion of “Redemption.” His wounds are still fresh and bleeding, that’s how quick this picks up. He’s in prison; he meets with Bunawar (Cok Simbara), the one clean cop trying to clean up the police force; he’s with his wife trying to decide what to do. Evans, who also wrote and edited the film, spends this quiet period doing everything he can to build and build and build tension. Every element, from the dialogue to the camera work to the throbbing sound design, furthers this goal, and just as it reaches the peak, just when he can’t hold it back a second longer, it explodes into a massive fight that takes place entirely within a bathroom stall. This pattern repeats itself throughout the movie, pulling things as tight as possible, only to provide a harsh, cathartic release.

For a solid chunk in the middle of the film, the focus shifts away from Rama’s story and puts the emphasis on Uco (Arifin Putra). Rama is still involved, but for a time he moves to the periphery, undercover as Uco’s henchman. The son of the reigning big man in the underworld, Uco is spineless, afraid of hard work and paying his dues, and overly entitled. That combination, combined with merciless greed and lack of any loyalty, is a deadly mix that makes him volatile and dangerous. His hotheaded grab for power, regardless of the costs, leads to even more chaos and violence as things spiral out of control.

“The Raid 2: Berandal” is brutal, bloody, and piled high with some of the most incredible action scenes you’ll ever see. When people pin the “best action movie ever” tag on new film, it’s always over exaggerated hyperbole, but this, however, might be the one instant where that is a perfectly accurate description. Perhaps the highest praise I can heap on this movie is that it never feels like it is 149-minutes long. I could easily sit through another hour. And I didn’t even mention Hammer Girl (Julie Estelle), because that is something you need to discover for yourself.

Posted by Brent McKnight at 5:39 PM