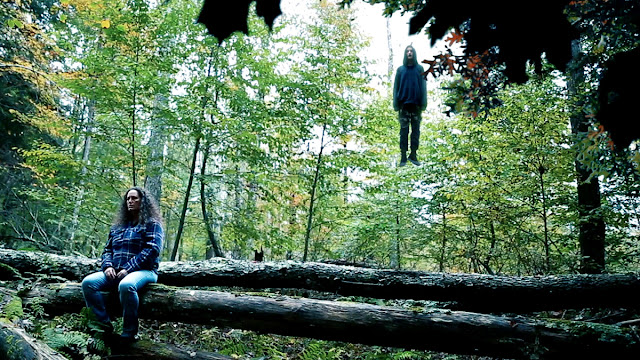 During the credits of The Deeper You Dig the phrase, “An Adams Family Film” (not Addams Family) pops up on screen. And sure, it’s good for a chuckle, but it’s also an accurate representation of what you’re about to see. It’s nothing if not a family affair. Written and directed by John Adams and Toby Poser, the couple also star in two of the three main roles. The third? Filled by their daughter, Zelda Adams.

But it’s also much more than a gimmick—nor is it the first time the family has collaborated in such a way, as they already have a number of films under their belt dating back to 2013. Flawed for sure, and limited by an almost nonexistent budget, The Deeper You Dig, making its world premiere at Fantasia 2019, offers an eerie, unsettling bit of supernatural horror, all wrapped in an underdog DIY package. It’s sparse and bleak, reminiscent of films like I’ll Take Your Dead and Dig Two Graves that heavily lean on tone, ambiance, and sensation. 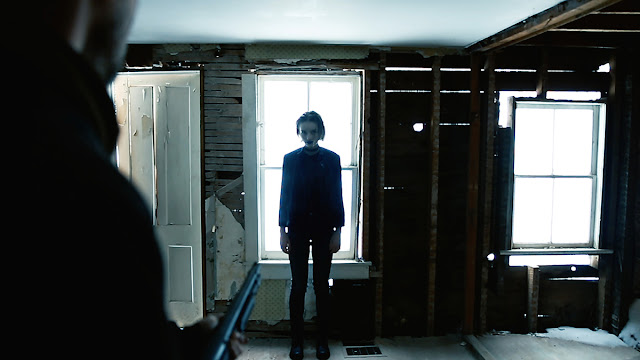 More slow-burn gothic mood and unravelling, unnerving atmosphere than plot, a tragic late night traffic accident—one that should remind parents never to let their kids go sledding near a highway in the dark—throws together a mother, Ivy (Poser), her daughter, Echo (Zelda Adams), and a stranger, Kurt (John Adams). They must cope with the fallout of the trauma at the same time as the boundary between the living and the dead decays.

A medium who has lost her faith, getting by on faking fortunes, Ivy inhabits both the corporeal and spiritual realms, elements which bleed into Kurt’s life in the wake of death. Both are haunted, seeing signs and symbols, visiting with otherworldly presences, experiencing the uncanny. This is where complications and weirdness seep into the story, pushing both to the edges as they muddle through grief and guilt, respectively. 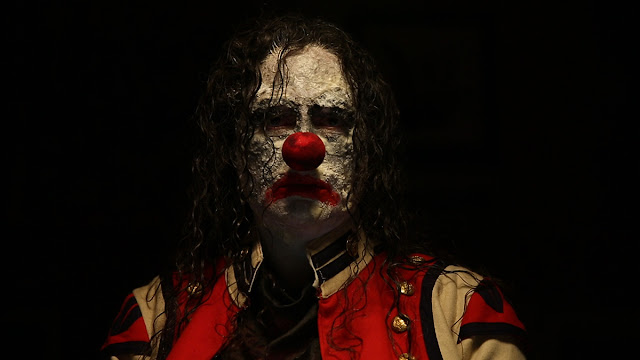 For all its charms and undeniable magnetism, The Deeper You Dig is a bit slight. Though it touches on the anguish and torment, for much of the runtime it never fully dives into those feelings—Ivy has more to do, ultimately, in this regard than Kurt. And at times it struggles to fill the minutes. Especially in the middle, it plays like a short film stretched out to feature length, more aesthetics than emotional impact or substance. While some of the methodical pacing is definitely a conscious choice, shots and scenes often unspool much longer than necessary in what feels like an attempt to fill space.

But even with faults and limitations, there’s definite potential on display. With a shoestring budget and stripped down production, it’s a well-made movie. Adams and Poser make use of unusual, interesting framing and staging—father and daughter also shot the film. Ominous tones and discordant fuzzed-out guitars fill the score, and the use of an old timey, vaudevillian soundtrack enhances the surreal, supernatural ambiance—I also suspect they’re public domain songs, a practical choice that adds to the total package. 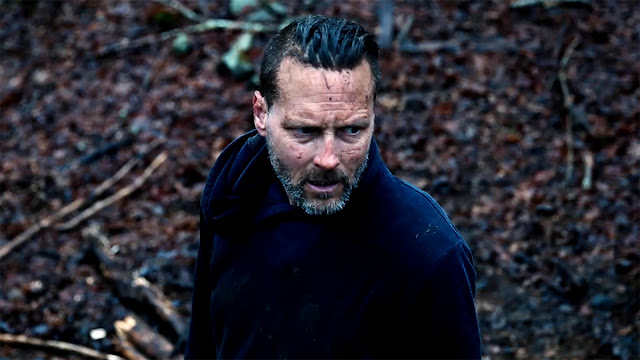 The Deeper You Dig doesn’t always land but it’s definitely worth a watch, and it’s hard not to root for what feels like an eerie filmmaking family bonding exercise. It’s super slick for such a DIY production, making the most of what it has—off-kilter premise, isolated setting, inherent strangeness—and takes less obvious paths available when you don’t have a ton of external oversight. And even if it’s a bit insubstantial in some regards, this is cool, haunting horror with a unique spin and approach. Definitely one to check out.

Posted by Brent McKnight at 7:36 AM