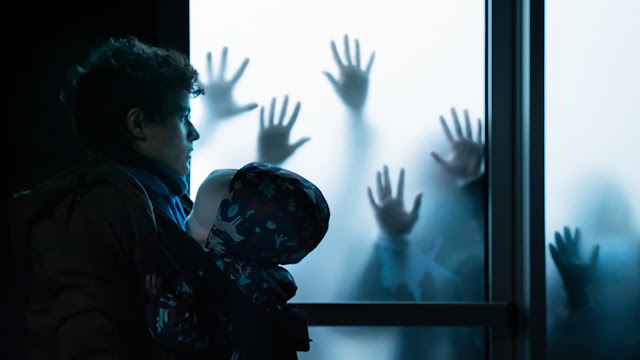 Zombie stories often get a bad rap. Sometimes for good reason. There are a ton, and, admittedly, a lot aren’t great. But then there are those that show up, do something new, fun, and different, or at least deliver a strong story and compelling characters within the genre. (Recent ones that spring to mind include #Alone, Black Summer, Train to Busan, and others.) Canadian director Julien Knafo’s Brain Freeze definitely falls into this latter category, presenting a zombie movie with an intriguing set up, a few tweaks to the formula, and a showcase interesting personalities.

Perhaps most impressive for a movie that tries to be funny and scary, is that Brain Freeze manages to be both—these attempts so often fail. The plot focuses on Andre (Iani Bedard), a sardonic, disaffected teen with a workaholic single mom, and Dan (Roy Dupuis), a wannabe survivalist who, when a zombie apocalypse hits the isolated community of Peacock Island, gets exactly what he’s always hoped for. Only he sucks at it. The two, along with Andre’s infant sister, basically do what people do in zombie movies, try to survive, escape, and figure out what the hell is going on. 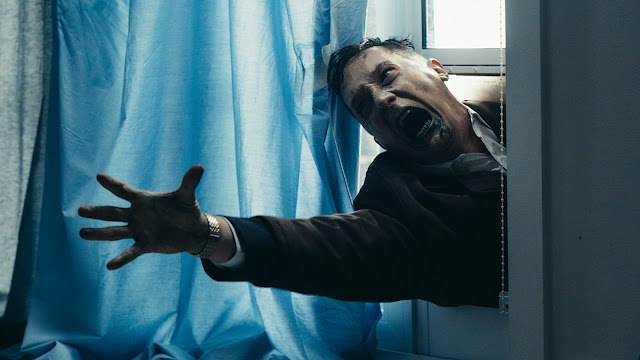 Keeping with genre tradition, the story leans heavily on social commentary. Peacock Island is a wealthy, remote area connected to the mainland by a single bridge. There exist two classes, those who can afford to live in such a “safe” place, and an under-caste, who are only in allowed to serve the monied residents. When the rich folks use an experimental fertilizer that will allow them to golf year round, it seeps into the groundwater and turns those who encounter it into flesh-munching monsters. The film touches on issues of race and class, identity, corrupt corporations and politicians, and rising fascistic political tides—Dan’s a devoted listener of an alt-right radio show and holds views commonly associated with doomsday preppers and the like.

The details behind this particular outbreak give Brain Freeze a uniqueness. Knafo and co-writer Jean Barbe handle the infection element of the narrative in a way that lends their script a fresh perspective. Not to give away too much, the reality unfurls in satisfying fashion as the film moves forward, but they create an interesting way for this outbreak to spread and progress. They establish specific hows and whys and wind up with an atypical zombie outbreak, one that’s plant-based. 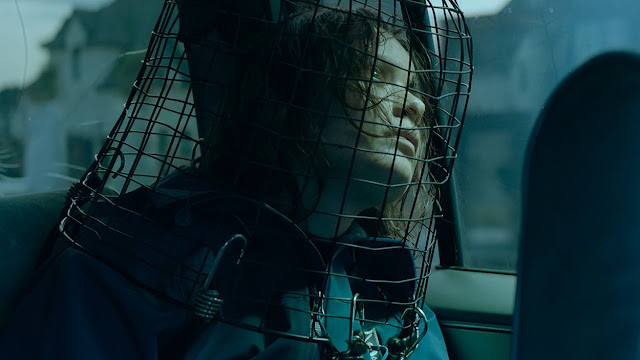 At just over 90 minutes, this is a brisk horror outing. There is a bit of a second act dip, particularly when the characters wait for something to happen, and a right-wing shock jock and his callers debate the standard pros and cons of leaving an island of people to die, bombing the hell out of them, or attempting to rescue survivors. It circles around, mouthing the words but never really saying anything substantial in any way. Worst of all, it hits points the rest of the narrative elements already make in much more effective fashion, dramatizing various stances rather than having characters stage a middling debate.

While maybe not a game changer or a movie that redefines a genre (that’s too much pressure to put on any film), Brain Freeze once again demonstrates why zombie tales continue to be popular. There’s still plenty of room to tell tense, and in this case funny stories, explore broader themes and ideas, and who doesn’t love to see unusual characters put in extreme circumstances and watching how they react? Knafo and company subvert the formula enough that it’s never stale and beyond that, they made a solid, entertaining zombie movie. It’s funny and scary and deeply, deeply cynical; everything you want. [Grade: B]