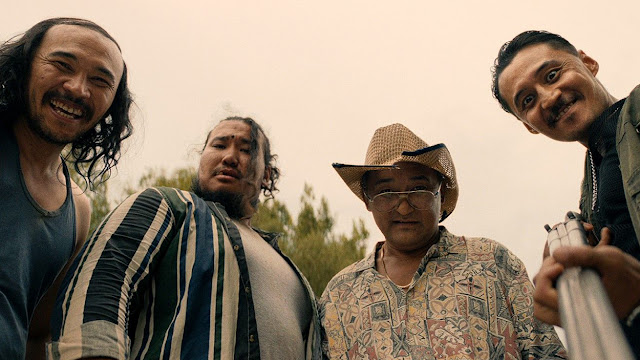 Three friends, a van full of inflatable sex dolls, and a fishing trip gone very, very wrong. What about a quartet of inept killers and a mysterious one-eyed man with a brutal vendetta? All wrapped in a bloody, violent, patently ridiculous, near-slapstick package? If that sounds like a fine time, add Yernar Nurgaliyev’s Sweetie, You Won’t Believe It to your mist-see list.

On the eve of his wife giving birth to their first child, Dastan (Daniar Alshinov) and his loser idiot asshole buddies Murat and Arman go fishing, something they’ve never done. On their ill-fated excursion, they accidentally see a quartet of equally bungling wannabe hoodlums blow a guy’s head off. What follows is a madcap, head-exploding back and forth between the two crews. Along the way, they encounter wacky situations, brutal violence, and a slew of off-kilter characters. Think the Russian equivalent of backwoods hillbillies. And, of course, pursing everyone is the aforementioned one-eyed man hellbent on vengeance. 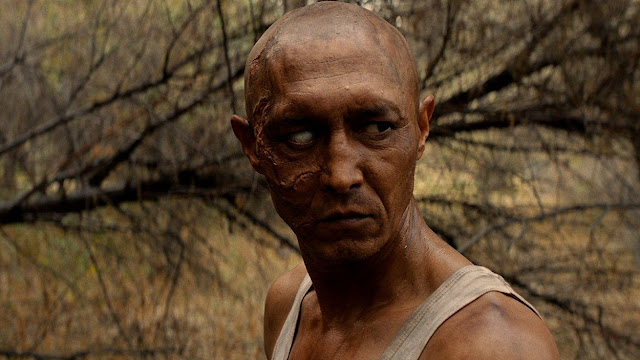 Sweetie, You Won’t Believe It walks a tight line. On one hand, there’s horrific violence—eye stabbings, jaw rippings, and all manner of bullet wounds and injuries, executed with gleeful abandon and gnarly practical effects. On the other, it’s goofy and strange and heightened in ways that occasionally border on camp.

It’s a tonal mishmash of oddballs, hijinks, perilous situations, and imminent death, or at least potential grave bodily harm. This is often a tough balance, but Nurgaliyev and a host of co-writers, for the most part, keep the disparate tenors in check and find a mixture that works. They juxtapose almost circus-sounding music with scenes otherwise played nearly straight to create an uneasy blend. And though the climax unfurls with typical action movie rhythms, it plays out like it realistically would for these dickheads, or indeed most of us, with results both comical and visceral. 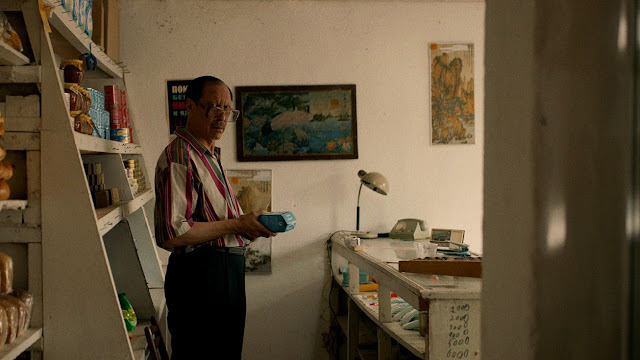 An apt comparison point for Sweetie may be The Hangover. These aren’t likeable or even redeemable people; they’re toxic jackasses doing toxic jackass things, at every turn. But that’s also a big part of the fun, watching assholes be assholes, making poor decisions, and getting the shit kicked out of them at each stop along the way as a result.

Sweetie, You Won’t Believe It founders a bit in the middle when the script attempts to inject an emotional resonance into the chaos, and those elements never ring true or authentic. It’s best when it wallows in the squalor and goofy violence. And fortunately, at a brief 85 minutes, they never try to get real for too long, and even the forced “lessons learned” beats near the end are mercifully quick. [Grade: B]