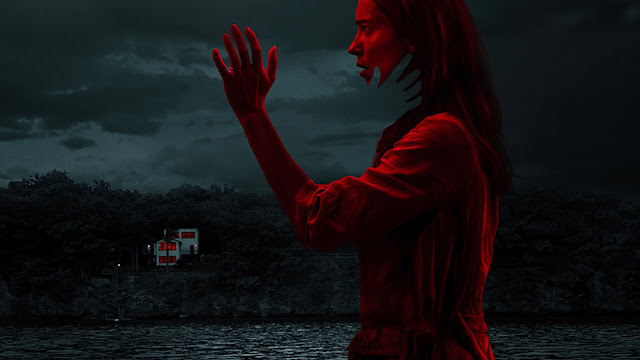 Horror as metaphor for grief and mental illness is nothing new. Specifically because it provides an effective framework to examine loss, things that scare us and cause us pain, and our responses, filmmakers will always return to this particular well. In his last film, The Ritual, director David Bruckner examined the collective trauma of a group of friends who violently lost one of their own. His latest, The Night House, hones in even closer, focusing on a single woman coping with sudden death and the legacy it leaves behind.

In the wake of her husband Owen’s (Evan Jonigkiet) seemingly out-of-nowhere suicide, Beth (Rebecca Hall) is left to pick up the pieces. Alone in the isolated lake house he built for her, she has vivid dreams, wakes up in unexpected places, and sees eerie things. In her search to understand, the more information she uncovers, the fewer answers she has, and discovers Owen had more secrets than she ever imagined and she may never have known him at all. 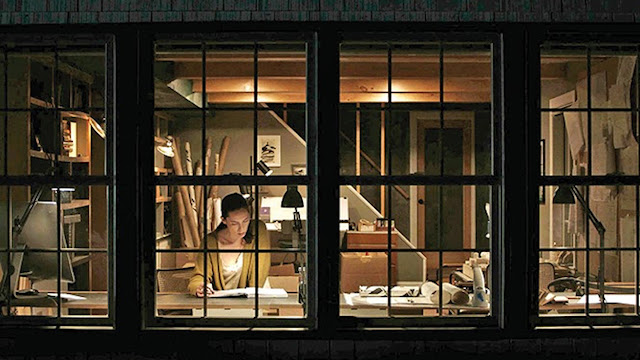 The Night House uses damn near every tool in the box to ratchet up the pressure, create an ominous mood, and craft a tense, harrowing film. An ornate sound design and bone-vibrating score combine into an immersive sonic wave. The ideas of mazes and labyrinths and duality permeate the film. Bruckner and cinematographer Elisha Christian (Columbus) place frames within frames, use mirrors and reflective surfaces to disorient, and play with the house’s architecture oddities and negative spaces to stage optical illusions. This all drives home the layers and multiplicity, as well as Beth’s fraying mental state.

It’s a slick, gorgeous film to behold, but as strong as everything else is, Rebecca Hall carries The Night House, delivering a stunning performance. Beth has a few friends checking up on her, like fellow teacher Claire (Sarah Goldberg, Barry) and her affable, well-meaning neighbor, Mel (Vondie Curtis-Hall). But Hall spends the bulk of the film alone, not talking. Watching her unravel, deciphering the clues and hidden messages she finds, working through her resentment and anger, and trying to maintain a fragile grip on her sanity and sense of what’s real and what isn’t, is a moving, breathtaking thing to witness and one of the best of the year.

[Related Reading: 'The Ritual' Trailer Reminds You to Never Take a Shortcut Through the Woods] 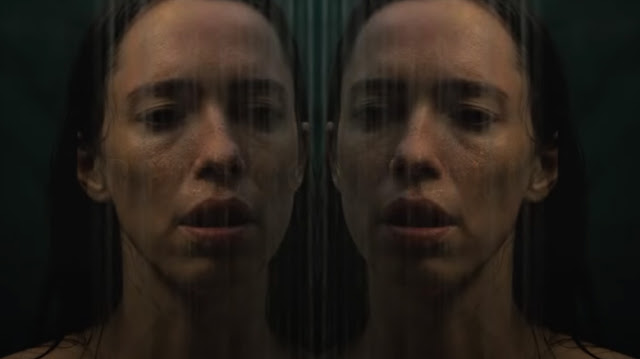 Bruckner and company don’t entirely stick the landing. The more concrete details the script from Ben Collins and Luke Piotrowski (Super Dark Times, the upcoming Hellraiser reboot) provides, the less compelling it becomes, trading brooding, esoteric dread for tangible answers that aren’t all that satisfying. It removes the edge of terror and distress left by this tragedy, and feels artificial and pat.

Still, the question of whether or not supernatural elements are afoot remains at the heart of The Night House, and that’s when it’s the most chilling. Narratively, it boils down to if the ghosts are real or inside Beth’s head, and the film presents either option as equally terrifying. Tight direction, intimate thematic depth, and a powerhouse performance from Rebecca Hall make what could have been a standard haunted house tale into something much more unique and intriguing. [Grade: B+]