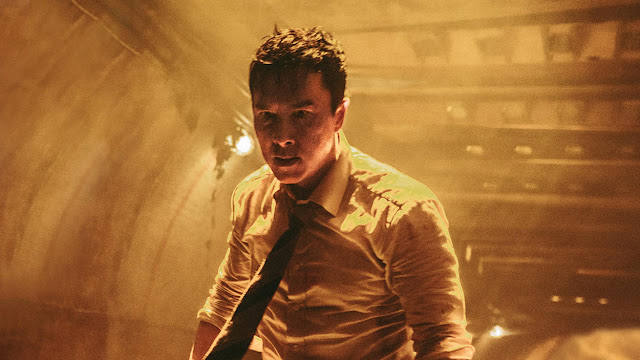 A cop haunted by the past, trying to right previous wrongs. Who’s a bit of a hotshot and plays by his own rules, though still operates by a strict code. With a pregnant wife. Yeah, we’ve seen this set up before. But when that cop is Donnie Yen, and we’re talking about Raging Fire, the final film from the great Benny Chan, the result is a top-tier action banger of epic proportions. This sprawling, Heat-inspired cops-and-robbers opus delivers in all the right ways and rules every ounce as hard as one might hope.

Donnie Yen plays Bong, the aforementioned cop. A damn rock star, his rigidness and refusal to play the political police games rubs higher ups and co-workers the wrong way and keeps him stuck at a certain level, career wise. He comes up against an elite team of criminals led by Ngo (Nicholas Tse), both a former cop and Bong’s former protege. 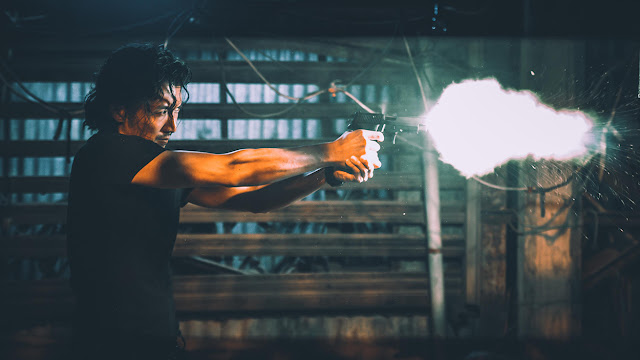 This may be a basic set up, but the plot is anything but. Within this framework, Chan, who also wrote the script, crafts an expansive, intricate crime saga. The two primary players have their own motivations and agendas. One-time friends, they nurse old wounds and betrayals due to their clashing senses of right and wrong and how far they’re willing to go to get the job done.

When Raging Fire tries to make the smaller characters interesting or give them their own texture, it falters, but the two key figures are both well-rendered and performed. Watching the tense exchanges between Yen and Tse is a true pleasure, and one that we know may devolve into a throwdown at any moment. 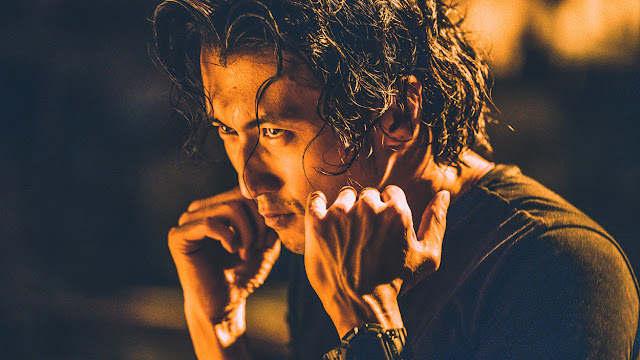 And of course all of this set up provides ample opportunity to dive head-long into the action that brought most of us to this movie in the first place. When you see Donnie Yen, then you see scaffolding, you know something rad is about to happen, and Raging Fire definitely delivers a frenetic blast of action that lives up to the hype.

Yen handled the action direction, and it shows. When Bong and Ngo do come to blows, it’s as fantastic as we hoped watching these two legendary cinematic badasses trading blows would be. And the film is smart enough to sit back and let them do their thing, showcasing their slick, sharp martial arts skills, letting them show why they’re simply two of the best. 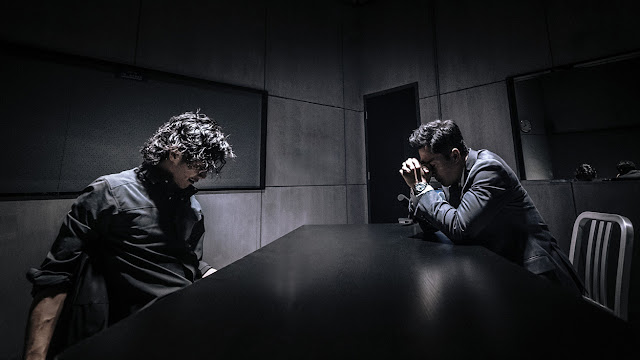 Beyond the hand-to-hand tussles, there’s no shortage of action either. There are car chases through the neon-saturated streets of Hong Kong, running shootouts along busy downtown corridors, and brutal battles in dark, dingy backwater warehouses. Sprawling action set pieces overflow with gnarly stunts—think guys toppling out of windows on to bare concrete, dangling from perilous heights, or near-collision that can’t possibly be entirely planned or purposeful. It all calls to mind the glory days of HK action cinema.

Raging Fire is nothing short of an absolute must-watch-ASAP for any action fan. It’s tense and thrilling, brutal and fast-paced. Missteps and down moments are few and far between, and even then, minor affronts to pace, tone, and tempo. Chan was diagnosed with and succumbed to cancer shortly after production wrapped, but this stands with his best work and if there’s a better action movie this year, we’re damn lucky. [Grade: A]