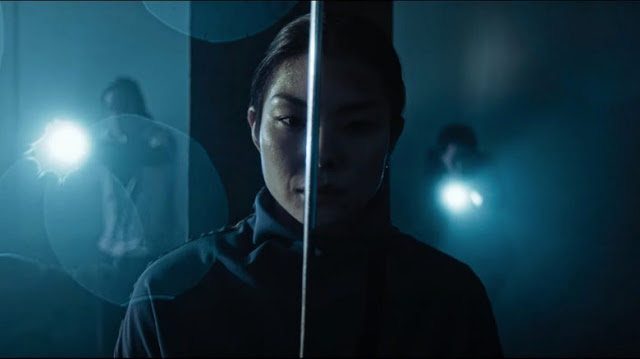 Sometimes a movie appears tailor made for you, as if the filmmakers mined your inner-most desires and combined them into one feature. And sometimes when that happens, despite all the things that sound so, so rad and perfect, the result leaves you flat and does absolutely nothing for you. Such is the case with Brazilian director Vicente Amorim’s Yakuza Princess.

Set in Sao Paulo, Brazil, in the largest Japanese community in the world outside of Japan, the story follows Akemi (Masumi). Unbeknownst to her, she’s actually the descendent of a Yakuza boss murdered 20 years earlier. With the help of Shiro (Jonathan Rhys Meyers), an amnesiac who has forgotten literally everything except how to kick ass, and a cursed sword rumored to possess the souls of the people it kills, she searches for answers about who she is while fighting back against forces who want her dead, led by Takeshi (Tsuyoshi Ihara). 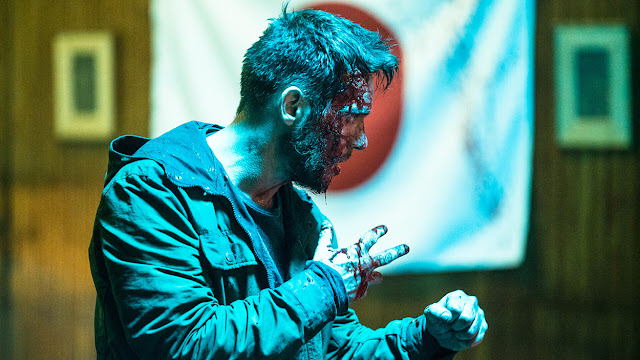 This is a solid set up if there ever was one. Only the film squanders all of its potential. The backstory is twisted and convoluted to the point of tedium, characters spout deep-sounding aphorisms that sound philosophical while saying absolutely nothing, and the whole damn thing becomes monotonous and tiresome in short order.

Yes, it has action, but after a strong start, these scenes are few and far between for the rest of the bloated 110-minute run time. And when things do kick up, the fights are hacked to absolute hell, edited with dizzying, lighting-fast cuts that turn them into muddy blurs and visually incomprehensible gibberish. Sure, we get a few bloody kills and other assorted violent delights, but they’re so sparse and otherwise janky they carry little weight and the pleasures delivered are slight and inconsequential. For a movie of this ilk, one that promises to trade in action, tension, and underworld intrigue, Yakuza Princess commits that most grievous sin: it’s brutally dull. A film based around swordplay and generational revenge within a sprawling criminal organization should not be boring, but all too often, this drags on and on ad nauseum.

Outside of the tossed-in-a-blender fights, Yakuza Princess looks nice. Amorim has a keen eye for framing, staging non-action scenes, and using color to get his point across. There’s a litany of stellar shots, from epic rooftop sets to claustrophobic urban marketplaces and fog-filled graveyards, that give the film a powerful appearance. But it’s all for naught, with little behind the images to prop them up as anything other than pretty pictures. And they’re not pretty enough to ignore the faults. 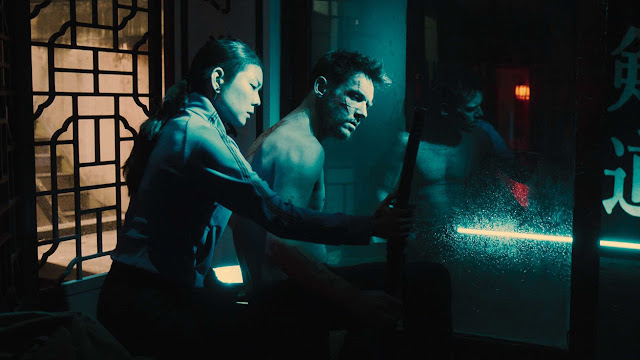 Many of Rhys Meyers’ scenes feel like they’re lifted from a different movie. He plays one of my favorite ridiculous tropes—the amnesiac badass—like a junkie on a bender. His performance and character are cribbed from a grimey, drug-addled Trainspotting riff. It doesn’t quite jibe with the surrounding film, but on its own, he’s the most compelling part.

As a character, Akemi never develops much in the way of direction or motivation. She bounces through the film, looking blankly astonished by each new revelation, most of which are broadcast well in advance. It’s hard to invest much in a protagonist who lacks personality, drive, and agency. Masumi, a singer in real life, does perform one of her own songs at karaoke though. 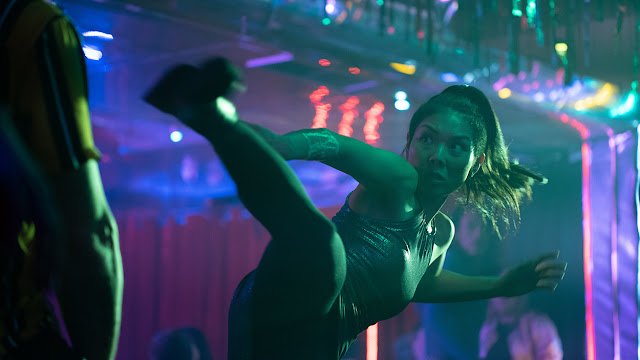 Yakuza Princess has a slick, cool style, but that exterior sheen doesn’t hold up upon any closer inspection. The script never fleshes out the saga of familial retribution, nor the themes of betrayal and honor. None of the characters ever become truly interesting or even intriguing. Worst of all, long stretches focus on the least engaging elements, and when the film does throw in an action scene, it’s underwhelming to say the least. There’s obvious potential here, but the film simply never capitalizes on what it does best, leaving a lackluster film in a promising package. [Grade: C]