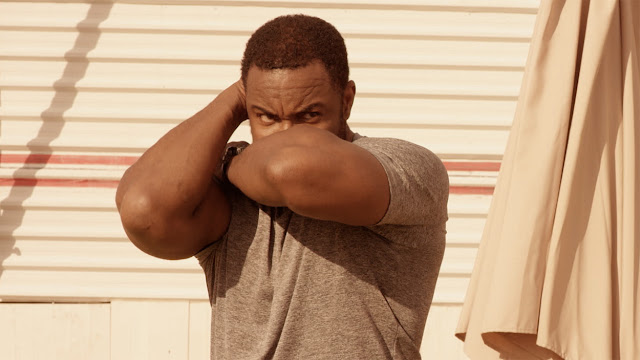 To be completely honest, outside of extant fans of the great Michael Jai White, his latest, As Good As Dead, probably has limited appeal. However, those who dig the world of low-budget ass-kickery he typically plies his trade in these days should find that this scratches a very particular action itch as the film delivers precisely what it promises.

Also written by MJW, the plot gets mighty convoluted. We begin with Oscar (Luca Oriel), a bullied kid in Nogales, Mexico. His brother, Hector (Guillermo Ivan) is a big-time gang banger, and that life may be inevitable for Oscar. For his part, Oscar is a good kid who spends his time taking care of his younger siblings and tries to learn how to fight by spying on his loner neighbor, Bryan (MJW), who eventually takes the kid under his wing as a martial arts mentor. As everyone who keeps to themselves and does katas in his front yard does, Bryant, of course, has a past, which comes calling. When Oscar uses Bryant’s distinct fighting style (which appears to incorporate elements from 52 Blocks, which you don’t see too often on screen) in an underground match, the video attracts the attention of imprisoned corrupt cop Sonny Kilbane (Tom Berenger) and his crooked attorney, Piro (Louis Mandylor). 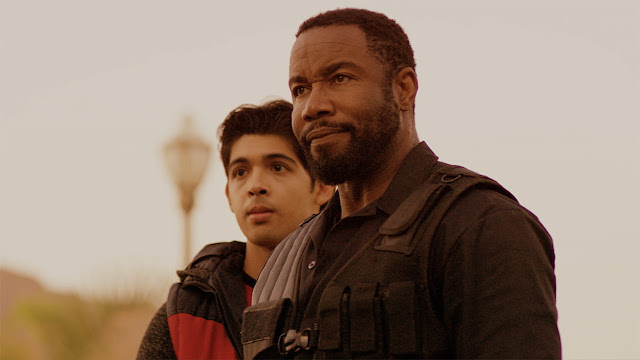 Told you there was a lot going on. And that’s only like the first 15 minutes or so. Pressures mount, complications arise one after the other, uneasy alliances are forged, and the disparate thread collide and overlap. But for all the various complexities, director R. Ellis Frazier (Seized) never lets the momentum bog down in the details. If you pause to really dwell, things might not always line up, but the film barrels on, moving at a brisk clip, hurtling forward at all costs.

Though the pace is probably As Good As Dead’s greatest asset, much to its credit, it doesn’t take itself too seriously. Despite the surface seriousness—gangsters and crime and murder and all—everyone has a good time as Bryant murders his way through faceless goons. He and Hector bond and have a fun banter—at one point they bandy back and forth about a slew of deep-cut DTV action movies, and Hector comes up with nicknames like “Rambro” and “Schwarzenegro.” There are also twin assassins, double-machete fights, and Bryant’s awesome trailer, which doubles as a heavily fortified bunker complete with armor plating, a network of underground tunnels, and, best of all, a sprinkler system he weaponized to spray acid in his enemies! 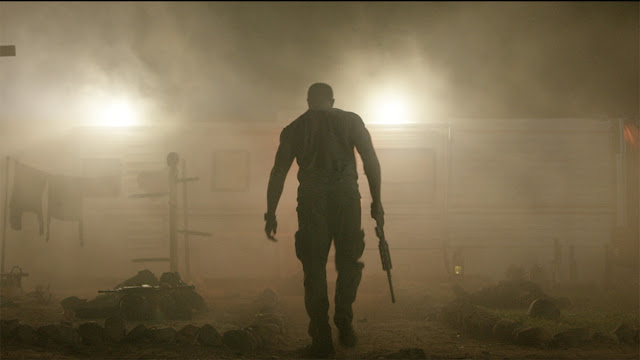 As Good As Dead stitches together a grab bag of tried-and-true story beats, everyone involved knows what movie they’re making, and they’re not afraid to get a little ridiculous when necessary. It’s the kind of minimal resource affair where they don’t even try to match interiors and exteriors, or pretend a person actually lives in the blank room they only had for a few hours. It’s also readily apparent that the bigger names in the cast weren’t always on set at the same time. Still, it supplies solid action, and plenty of it, even if there are too many dodgy CGI squibs. Though it’s cheap and schlocky much of the time, it coasts on Michael Jai White’s charm, a playful tone, and endearing goofiness, and is decent fun for those of us who love this shit. I knew what it was, it gave me what I wanted, and then it was over. No fuss, no muss, and on to the next. [Grade: C+]

Posted by Brent McKnight at 9:11 AM