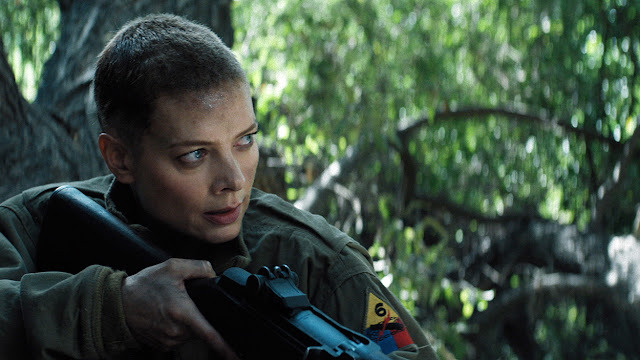 In the immediate wake of World War II, French women who consorted with German soldiers during the occupation had their heads shaved and were branded as traitors. That’s the situation in which Marie DuJardin (Nina Bergman, Doom: Annihilation) finds herself. She took up with an SS colonel, Von Bruckner (Daniel Bernhardt, Skylines), only to be imprisoned by her own people after the Allies beat back the Nazis. While in prison awaiting an uncertain fate, four sadistic American soldiers, led by Maitland (Louis Mandylor, The Debt Collector) and his number two, played by Timothy V. Murphy (The Lone Ranger), rescue her because she knows the location of the gold Von Bruckner stole that is hidden in a cemetery. There’s more going on, but the bulk of the movie goes down there in the graveyard. 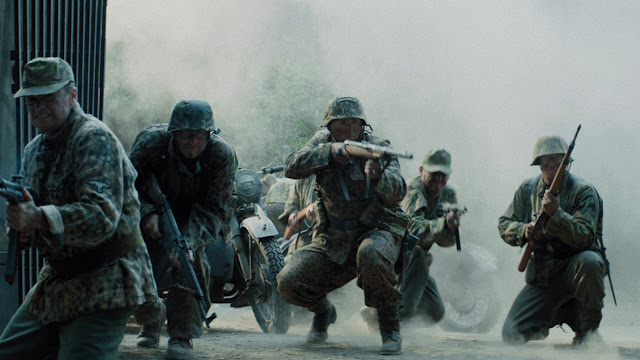 While Johnson is most known for gritty low-budget movies that usually revolve around highly skilled martial artists pummeling each other (Triple Threat), the stunt-performer-turned-director does something a bit different this time out. Sure, there are shootouts and fights in Hell Hath No Fury, but the screenplay from Katharine Lee McEwan is more of a tense war thriller than straight up face-punching banger.

Acting wise, the cast does generally solid work. Mandylor and Murphy are decent as world-weary grunts looking to get theirs, even if their accents are occasionally suspect; and Bernhardt, primarily known for stunts and action, gets to do something else, relying on acting chops and a sturdy, consistent German accent in this role. But the bulk of the weight of the film falls on Bergman’s shoulders, and she’s thankfully up to the task and the main reason why the movie works. 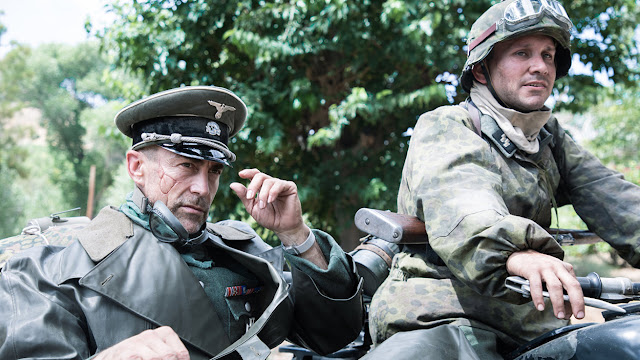 The noir-inspired plot unfurls a twisted, turning labyrinth with Marie at the center. She’s trapped, between various threats; the Americans, encroaching Nazis on the run who want the gold before they can flee, and the French resistance. Hell Hath No Fury constantly shifts and evolves. Just when  you’re comfortable and think you know what’s going on, the script introduces new information that changes everything, including a number of legitimate surprises. It forces you to evaluate what’s real, what’s fake, who’s being honest, who’s toying with whom, and, especially regarding Marie, the true nature of her motivations and where her loyalties actually lie. Marie’s desperate and wounded, but also sharp and cunning, strong but barely keeping it together. The movie relies heavily on her and Bergman sells it all in a performance that, because of the size and scope of the project, probably won’t get the recognition it deserves.

Honestly, Hell Hath No Fury is least interesting in the action scenes. A World War II story isn’t the place for a full-on spin-kicking throwdown, which is Johnson’s specialty. And in the graveyard shootouts is where a limited budget and resources become most apparent. They’re fine, but little more than a couple of guys on either side popping up from behind headstones to launch a volley of bullets then duck down again. It’s most compelling when the filmmakers crank up the pressure; the ticking clock of the Nazis bearing down on the graveyard as the Americans search for the gold may not be the most original trick in the book, but it’s effective and creates the desired tension.

[Related Reading: 'The Debt Collectors' Trailer is Here to Collect What You Owe] 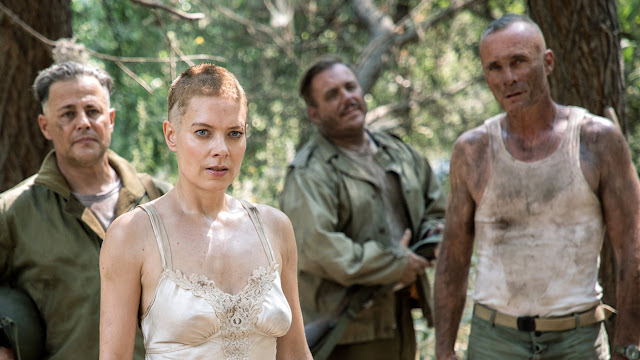 Not everything in the film entirely lands. The motivation of Maitland and his soldiers comes across and bland and uninspired. And there are odd flourishes, like a French resistance fighter (Dominiquie Vandenberg, The Mercenary) who talks to his dead compatriot while he scurries through a series of underground tunnels. It’s out of step with the surrounding movie and never develops into anything substantial. Some heady, potentially interesting threads are touched on but left similarly unexplored, like the underlying reasons—comfort, fear, pure survival, etc.—why French woman consorted with the invaders. The story takes a while to find its footing, but settles into itself after a chaotic and jumbled first act. (And thankfully the rape threats, which fly pretty fast and furious in the early going, also fall by the wayside after the first act.)

But while there are missteps, Hell Hath No Fury definitely represents a big, ambitious swing. With an elaborate, intricate plot, it never shies away from grand ideas about loyalty, betrayal, greed, revenge, and more, thanks in large part to the weight of history. Mostly, however, it’s anchored by a stellar performance from Nina Bergman, a strong script from Katharine Lee McEwan, and Jesse V. Johnson continuing to push into different thematic and subjective territory. [Grade: B]