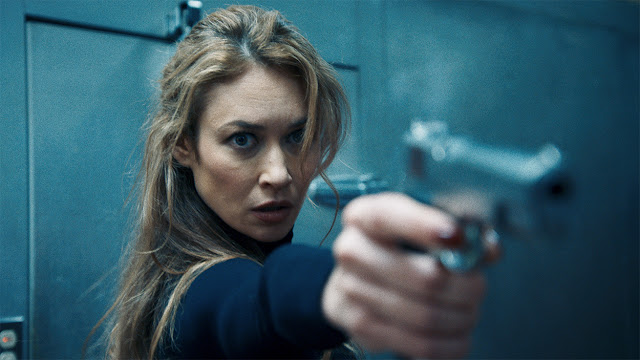 Remember to tip people who work in restaurants, and tip them well. Not only is it polite, but they have also unfettered access to do unspeakably vile things to your food should the need arise. Also, in the case of director Zach Golden’s new action thriller High Heat, the proprietor of the eatery in question may be an ex-KGB operative. So maybe don’t get on her bad side if you can help it.

It’s opening night at Ana’s (Olga Kurylenko) new bistro, a passionate culmination of a lifelong dream. She’s in back, whipping the kitchen staff into shape, wowing them with her culinary prowess, while her husband, Ray (Don Johnson), schmoozes his way through the capacity crowd out front. Turns out Ana, the former intelligence agent in question, isn’t the only one with secrets as Ray owes a lot of money to some very bad guys, primarily Dom (Diamond Dallas Page), who wants to burn the place to the ground for the insurance money. To extricate themselves from this predicament, Ana must tap into skills from her previous life. 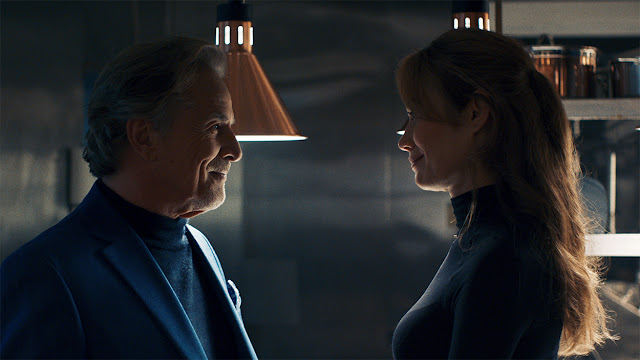 High Heat is textbook lo-fi, low-budget DTV-style action, which, as is so often the case, is both a blessing and a curse. The pace flies at times but drags at others. At times it feels cobbled together when it becomes apparent shooting schedules didn’t always align in ideal fashion—characters disappear for big chunks and it’s easy to think, oh, that’s all the time they had to shoot with that actor. This leads to an occasionally disjointed continuity—if you don’t have a shot, you probably won’t get reshoots, so you make due.

But Kurylenko, who has made a notable, and much appreciated dive into this tier of action over the last few years, can handle herself with aplomb when it comes time to throw down, and she has more than enough charisma to lead a film. Johnson grins and charms and slick talks his way through the picture, and the banter between the two leads is amicable and entertaining. 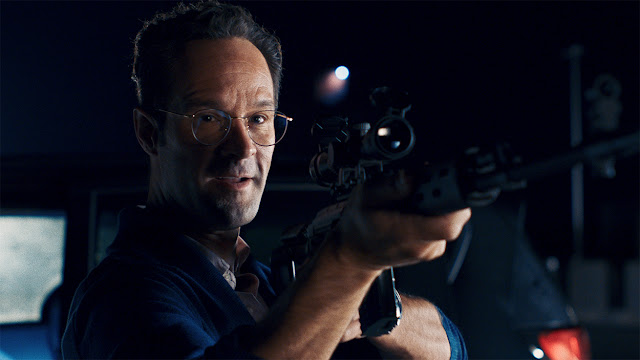 In fact, everyone is having a damn fine time of it and there are enough oddball flourishes to keep things interesting and give the film a distinct personality. Dom has an exacerbate personal masseuse/confidant/reluctant muscle for hire (Jackie Long), as well as a comically flustered relationship with his nitwit son/second in command, Mick (Ivan Martin). In fact, the crime boss can’t even with most of this nonsense.

The standout side characters, however, are easily Mimi (Kaitlin Doubleday), Ana’s former BFF from her espionage days who has become a soccer mom, and her milquetoast hubby Tom (Chris Diamantopoulos), who spouts self-help mantras and marital advice as he lines up shots with a sniper rifle. He’s just a damn delightful weirdo. Oh, and they have a pair of creepy, Shinning-esque teen daughters (Chiara and Bianca D’Ambrosio) who have one of the most memorable if head scratching moments. 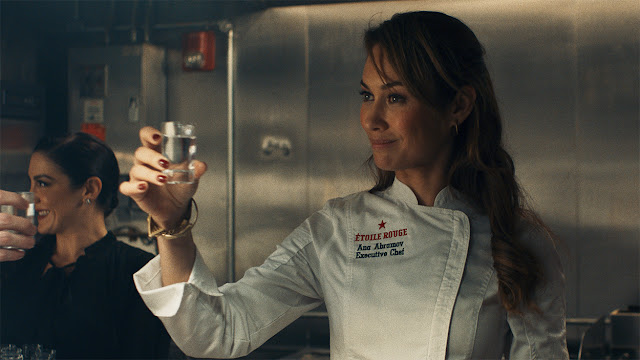 With decent fights, some witty back and forth, and an appealing enough cast, High Heat delivers a fun if disposable actioner. It’s down and dirty, to the point, and coasts on certain compelling charms, and while it won’t blow any minds, it offers up a nice diversion. [Grade: C+]