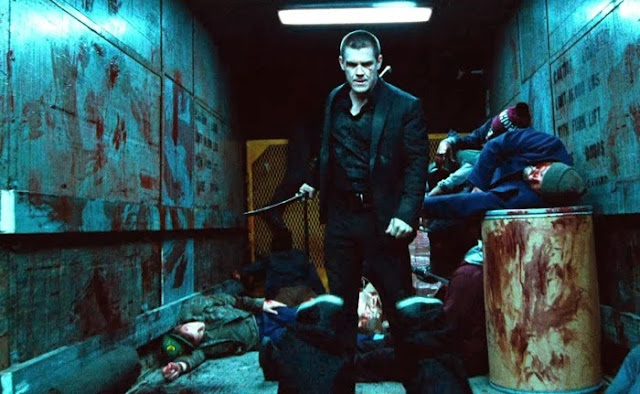 In 2003, Park Chan-wook’s revenge thriller Oldboy made audiences squirm in their seats, and Spike Lee’s new remake, despite some issues, is going to elicit a similar reaction. While the grim plot and overriding themes are note for note the same, Lee, screenwriter Mark Protosevic (I Am Legend), and a fantastic cast, do enough to differentiate their film, and keep it from being a tired rehash.

Though the surface details are cut and pasted from one film to the other, the story is, admittedly, watered down. Events are painted in broader, more obvious strokes, and a quick tempo replaces the gradual, deliberate pace of the original. The obvious way to think about this change is to call it more Americanized, and though that sounds derogatory that isn’t necessarily the case. That is a statement of fact rather than a value judgment. Changing the velocity also helps Oldboy stand out, paying service to what came before, while attempting to carve out something of their own.

Lee unfurls the plot like a Hitchcockian mystery, even the music and camera work tips the cap to the master of suspense. Joe Doucette (Josh Brolin) is skeevy ad salesman, a hard drinking, womanizing slime ball who isn’t above hitting on a potential client’s wife while the guy in the can. It may be 1993, but he’s a coked-out holdover from the 1980s. After blowing the biggest meeting of his career, a meeting his career hinged upon, he swims to the bottom of a bottle, only to wake up imprisoned in a creepy facsimile of a hotel room, where he spends the next 20 years of his life.

Here film explores the psychological impact of extreme, long-term isolation, watching Joe break down. Framed for the heinous murder of his ex-wife, which leaves his three-year-old daughter an orphan, he watches the world pass him by on the television. He sinks into despair, wallowing in misery for yeas, only to eventually pull himself up, and hone his body for vengeance. As mysteriously as he was imprisoned, Joe gets released, dumped in a trunk in the middle of the field with a wad of cash, a list of the many enemies he made in his life, and a ticking clock. With more questions than he knows what to do with, he sets out on a violent quest for answers, to clear his name, and to find his daughter.

Though the story may be diluted, the content is most certainly not. Lee’s Oldboy is every bit as vicious and graphic as the source, including beatings and graphic torture. He doesn’t shy away from the rough stuff, and the brutality inherent in the original shines through, just as the film doesn’t pull any punches regarding the notorious twist. Fans of Park’s film will recognize most of the memorable bits, and you’ll writhe, even when you know what’s coming. This provides a different kind of tension, instead of wondering where this train is headed, you’re hooked wondering it is dares go to the same places. There are jaw-dropping moments, and it’s going to be really interesting to see how conventional audiences react.

On the outside, Joe encounters Miriam (Elizabeth Olsen), a bleeding-heart, ex-addict aid worker with a penchant for adopting strays and lost causes. Of course she takes to Joe, he’s just the level of damaged to pique her interest. She’s compassionate, broken more than you first guess, and her quiet desperation meshes perfectly with Joe’s. Their relationship forms the emotional core of Oldboy. Brolin gives Joe a cover of grim stoicism that belies his internal chaos, and Olsen proves once again that she is one of the most talented young actresses working right now, not afraid to take chances and open herself up to huge risks.

These two key performances are bolstered by solid supporting work. Michael Imperioli shows up as Chucky, Joe’s school chum, now a bartender who has long since given his friend up for dead, while Samuel L. Jackson is a Mohawk-sporting hood who is the recipient of a particularly nasty bit of Joe’s ire. The Wire alums Lance Reddick and James Ransone deliver brief, but memorable turns. In fact, the only real weak link is Sharlto Copley, which is an unfortunate turn of events, since he is usually so money. You understand what he is going for with his high affectation, but he’s trying too hard to give his character quirks and tics, and his performance ends up way overwrought.

Oldboy is not perfect, and though there are fans of the original who will cry foul no matter what, and though a remake may not be entirely necessary, the film a worthy attempt. If nothing else, it is certainly different from anything you’ve seen in theaters in a long time. Twisted and gritty, Lee’s film builds to a clever turn, one that is earned and that leaves your stomach in knots. There aren’t many movies that make you legitimately uncomfortable, but despite some flaws, Oldboy is one of them.

Posted by Brent McKnight at 9:13 PM