'Doctor Who: The Tenth Doctor' #4 Give The TARDIS A Whole New Definition 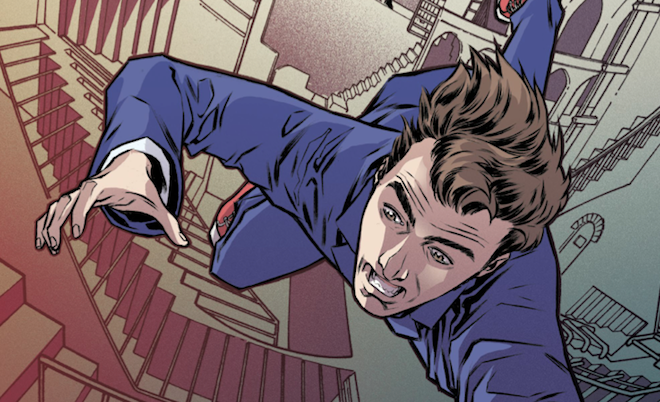 Of the three continuing Doctor Who titles that Titan Comics currently has going—one each for Doctor Ten, Eleven, and Twelve, with Nine reportedly on the way—it’s Ten that is the real standout. Twelve is more dour and serious, like Peter Capaldi’s version, and Eleven, much like Matt Smith’s portrayal, is super bouncy and cartoony, and though it’s improving each issue, it has a ways to go. Ten, however, uses a different narrative approach than the others, and the writing his more introspective, which gives you more of an emotional connection to the players. And this continues in Issue #4.

This picks up with the Doctor and his new friend Gabby Gonzales. They’ve now left her New York neighborhood after dealing with the Pranovores and Cerebravores, which took up the first three issues, and they’re still relatively fresh into their adventures together. Gabby spends most of this installment trying to wrap her head around exactly what the hell is going on.

Issue #4 is framed as a letter, one that she may or may not ever send, Gabby writes to a friend. It’s essentially her taking notes, using her words and pictures as a way to process all of the new things she’s seeing and experiencing. Written as it is, this gives you unprecedented direct access to her thoughts, emotions, reactions, and interpretations. It’s a great way to experience this, to see these adventures that have become—both for the Doctor and longtime fans of the show—old hat, giving them a sense of newness. She has to come to terms with her adventures, and, especially compared to her humdrum life working at the laundromat and dreaming dreams that will likely never materialize, is loving every second of it. 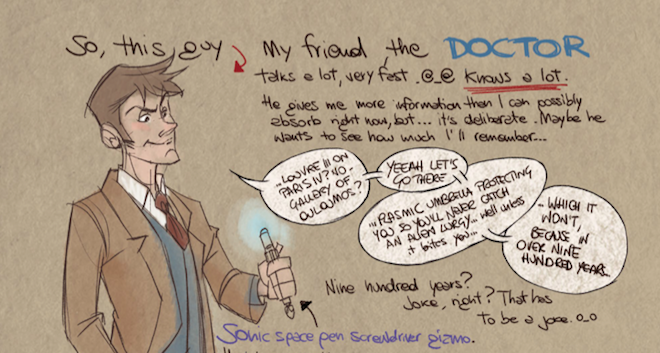 The style is a mix of more traditional comic book art and Gabby’s own illustrations and narration, providing an interesting combination of aesthetics that work well together here. (Her interpretation of the TARDIS—Threshold and Ridiculous Domain of Insanity and Supercool—is a good time.) Seen from her point of view, you’re also privy to her observations and insights about her traveling companion, like how there’s a flash of sadness in his eyes whenever he talks about home.

The Doctor offers her one of three options, a trip to the past, a trip to the moon, or a trip to the future. Choosing the future, and with her particularly artistic streak, they venture to an art gallery 900 year away and located on a faraway world. As far as the bulk of the surface action goes, most of it is concerned with finding an artist friend of the Doctor’s and getting her to work again. But, of course, you know there’s going to be more going on than that, and before long they’re running for their lives from strange beings.

While the Doctor Eleven series is primarily episodic, with each issue comprising a single adventure or endeavor, arcs in this title play out over multiple issues. The other feels rushed, but this allows for space to really delve into each story and thread, developing the sense of place and mood and tone in much more depth. It also gives you more time with the characters, letting them grow and evolve at their own pace.

This is one of the big reasons why Doctor Who: The Tenth Doctor, at least right now, stands head and shoulders above the other titles in this family. The others are worth reading if you’re a fan or a completist, but while they can be fun distractions, this is the one that is most worth your time and investment. 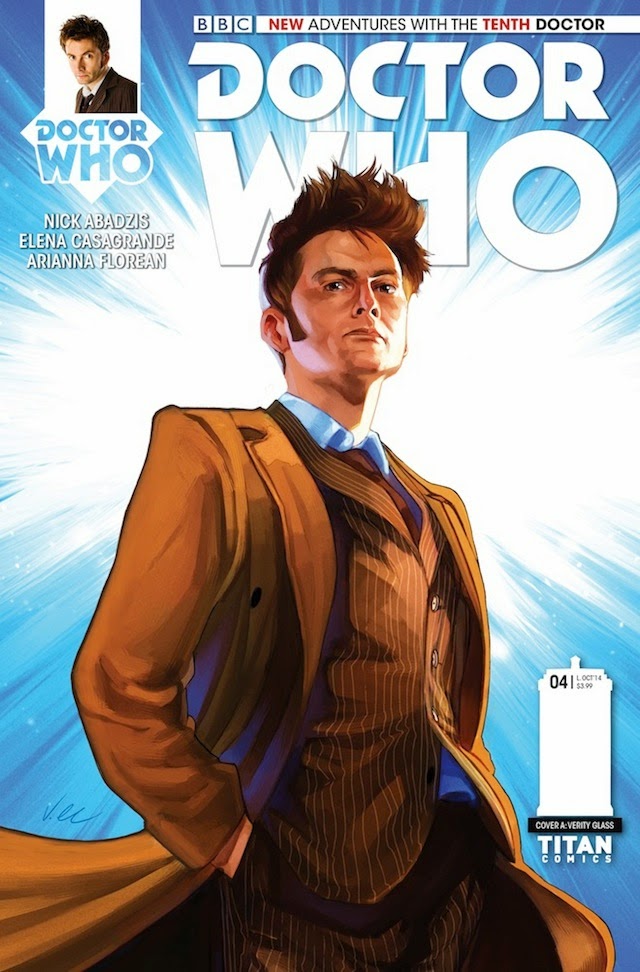 Posted by Brent McKnight at 1:08 PM