'Death Metal Angola' Movie Review: A Quiet Film About A Culture Roaring Back To Life 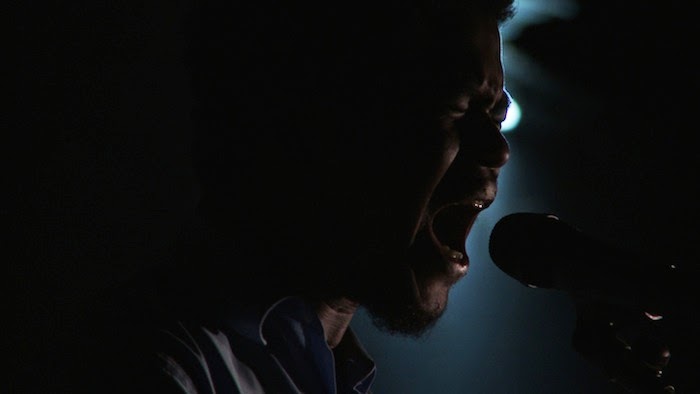 Angola is a nation on the western coast of southern Africa. Originally occupied by Portugal, battling for independence, which didn’t come until 1975, and then embroiled in a violent civil war that didn’t end until 2002, it’s an embattled country and not the cheeriest of places. But it also happens to be home to a youth underground turning to an unlikely outlet for hope: death metal. If that sounds like a fascinating subject worth exploring, you’re not alone, and it’s the topic of Jeremy Xido’s excellent new documentary Death Metal Angola.

Home to vast natural resource reserves, this is a nation that’s dealt with colonialism, slavery, and brutal war, all within a relatively recent time frame, and may be the least likely place you’d ever think you’d find a death metal music festival. Xido’s film, however, chronicles the efforts of two people, with help from a ton more as you would expect, to stage the Angola’s first ever such event. And the folks behind this are just as unlikely as the concert itself.

Sonia Ferreira runs an orphanage Huambo, caring for more than 50 boys of varying ages. Easy going and laid back on the surface, there’s a fierceness that runs below that calm, motherly exterior. You only see glimpses of it, but when she tells stories, her strength and resolve become increasingly clear. For instance, during the civil war, when the city was under siege, she gathered the kids all together, found a plane, and took them away to wait out the danger. Along the way, a mother even gave Sonia her son so he would be safe. She recounts this event as if it’s no big deal, just a matter of fact occurrence, focusing more on how the kids were excited to be on a plane rather than the very real danger they were in.

While Death Metal Angola could very easily be a story of the ravages and consequences of war, it is, largely because of Sonia’s efforts, hopeful and bursting with life. There’s never any wallowing or self-pity, even in dire circumstances and in the face of crushing odds, and this falls into the subcategory of movies that chronicle the healing and uniting power of music that certainly appears to be universal, or at least damn near. 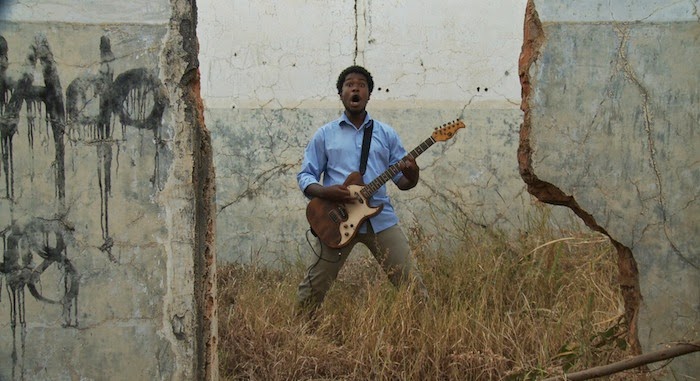 A music lover, along with her boyfriend Wilker, Sonia cares for these boys, encouraging them to express themselves, and it just so happens that the brutal, churning rhythms and blast beats of death metal fits the bill just perfectly. Sonia and Wilker’s attempt to stage Angola’s first outdoor death metal fest is a herculean task in itself, and one that you’re never sure is going to be successful or not. This forms the core of the film, and is also the primary source of tension. Other people enter and exit the film, as do other themes and story threads—one scene of Sonia interviewing a young boy who has just been dropped off at the orphanage is especially haunting—but these are the ones that carry throughout.

This is really a quiet, intimate film, despite the obvious volume of the subject matter, and Xido is content to be a fly on the wall, with his camera recording everything. Title cards give you the historical and cultural context, but beyond that, there’s not much looking into the past. You get a picture of the current state of the underground death metal and hardcore scene in Angola, both in Huambo and elsewhere, but Death Metal Angola is more interested in showing it as it exists rather than exploring how it came to be and developed. All of that is handled in a single scene or two.

Though music here is depicted as a means of expression and community building as opposed to carrying any political agenda, you get the impression that its very existence is makes it so, even in a minor way. As with everywhere in the world, music means different things to different participants, and Xido gives each viewpoint equal time. He shows you this scene and lets you make of it what you will, satisfied to watch and observe as these kids attempt to rebuild a culture that was all but annihilated in the war.

You’ve seen documentaries about the true transformative power of music before, but never one quite like this. Upbeat, sweet, and energetic as all hell, Death Metal Angola does exactly what you want out of a documentary, illuminating a corner of the world you’ve never seen and shows you why you should care. It could have used a few more musical scenes, but this is still way more fun and optimistic than you expect a movie about a war-ravaged region of the world to be. Even angry music about blood and death can be hopeful given the right setting.

Posted by Brent McKnight at 3:38 PM