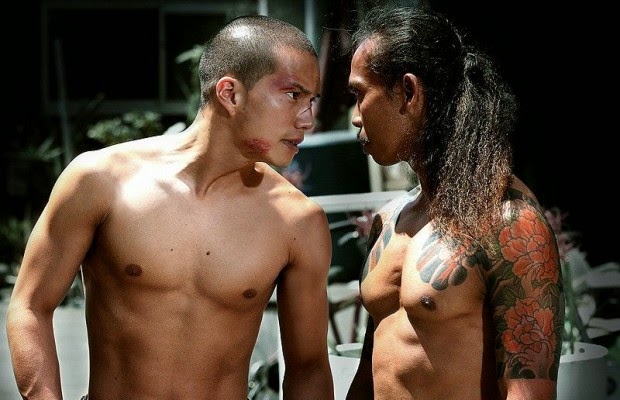 Leave it to Takashi Miike to deliver a gangster vampire flick, which appears to be exactly what he’s done with his latest underworld opus, Yakuza Apocalypse, which has dropped this quick new preview on the world. (It might actually be two, I’m not sure.. Is that a furry with a lightsaber at the end? What the hell is going on here? I’m not entirely sure, but goddamn I can’t wait to find out. Then again, this is the guy who put a poorly computer animated cockfight in City of Lost Souls, so nothing should surprise you at this point.

The wingnut auteur’s latest revolves around Akira, a young man enamored with the gangster lifestyle. However, when he finally gets into the thick of it, he discovers that it’s not all he dreamed and hoped for. Few jobs live up to the image portrayed in movies. And then the biggest Yakuza of them all turns out to be a vampire, so that’s going to be something he has to deal with eventually.

The deranged mind behind movies like Ichi the Killer, The Happiness of the Katakuris, and Audition, the insanely prolific Miike (he has 97 directorial credits on IMDb) is never one to turn out a boring movie, and this isn’t going to be the exception.

Yakuza Apocalypse opens in Japan on June 20, and there is no word on a stateside release. Check out the trailer(s) below.