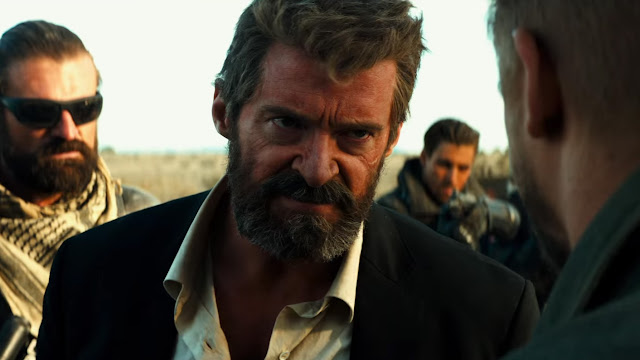 Hugh Jackman’s last go-round as the fan-favorite, claw-having, self-healing mutant Wolverine is bearing down on us quickly, and Logan, as it’s been dubbed, promises something very different from your typical X-Feature. Just how different is readily apparent in the first trailer. Check it out below, along with a red band version.

On-the-nose song choice notwithstanding—Johnny Cash’s Nine Inch Nails cover, “Hurt”—this Logan trailer presents quite a bit to consider. Set sometime in the future, things have changed. Mutants are “gone,” though what exactly that means remains to be seen. Logan is grizzled and old and not healing like he once did. Professor X (Patrick Stewart) appears to be on his deathbed.

In short, things look shitty and grim, and the overall aesthetic reflects that. A dingy, sparse, almost western feel prevails, and the action looks more physical, realistic, and nasty—we’ve been told Logan will wear an R-rating, which is music to Wolverine purists’ ears. It’s a drastic shift in tone and feel, but the promise is apparent, and after the overwrought cartoon that was X-Men: Apocalypse, a little dirt and grime and change of direction is welcome.

As skeptical as I am of the cute kid sidekick, I’d much rather see this real-world-style violence than spectacle level special effects. We’ve done that, and to be honest, though I enjoy a number of the X-Men movies, that’s never fully jibbed with Wolverine and what I love about the character in the first place. Basically, I like what I’m seeing here.

In addition to the trailer above, Logan also dropped a red band version. Check it out.

This is almost the exact same video. In fact, the only difference I see is that one shot is slightly head-stabbier than in the non-red version. But again, the inclusion of this violence bodes well for what Logan has to offer, and I think I’m more optimistic about this movie in general after watching these trailers.

Directed by James Mangold, Logan opens on March 3.
Posted by Brent McKnight at 8:55 AM