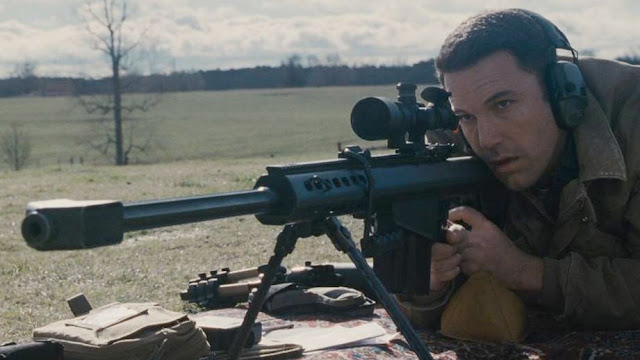 It’s rare to describe a single film as both cute and stunningly violent, but here we are talking about The Accountant, which is weirdly adorable for a movie where so many people get shot in the head.

Directed by Gavin O’Connor (the underappreciated MMA flick Warrior), working from a script by Bill “The Judge” Dubuque, The Accountant tells the story of Christian Wolff (Ben Affleck), a high-functioning autistic Midwest accountant. Oh yeah, he also specializes in untangling the books for some of the most dangerous people in the world—think terrorists, drug cartels, notorious crime families, and the like. Yes, the premise is admittedly a stretch. 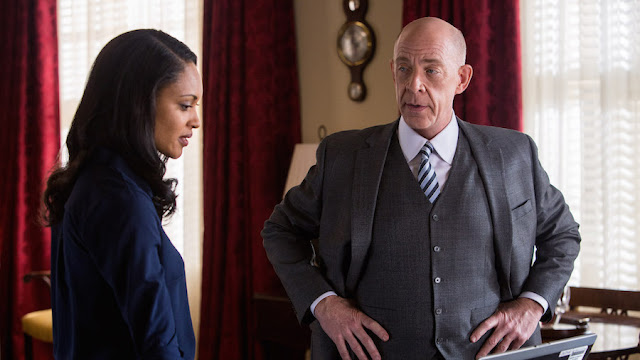 Convoluted and intentionally obtuse, and intercut with flashbacks to Christian’s childhood, the thriller unfolds in three parallel arcs. We follow Christian as he dives into the tangled finances of a new client, a legitimate one this time to keep up appearances; a pair of Treasury Department agents—one a rookie, Marybeth Medina (Cynthia Addai-Robinson), one a vet, Raymond King (J.K. Simmons)—with their own motivations for tracking down this mysterious “Accountant”; and a ruthless private security contractor, Braxton (John Bernthal), who sells his services to the highest bidder.

As so often happens when a movie has this many threads, certain ones take precedence while others fade into the background. Christian’s rightly takes center stage. A top-rate Affleck brings Christian and his peculiarities vividly to life in a way that’s never cloying or exploitative—it’s never super cool, and I’m not sure how much I want to dig into his condition, but considering the set up is very B-grade thriller, it’s more respectful than one might expect. He struggles with social cues and interaction, but has learned to compensate and function. O’Connor even manages to charge a montage that’s literally nothing more than Christian sorting through endless files and writing numbers on whiteboards, with a propulsive energy. 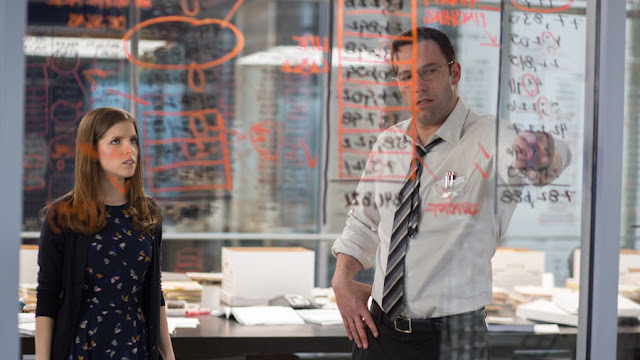 Bernthal’s smart-aleck charisma carries his circling storyline, which is engaging and momentary enough—though the true nature of his role becomes readily apparent far too soon. But it’s with the Treasury agents where the biggest problems lie. Not only does The Accountant push this narrative to the side for great stretches—to the point where it’s easy to forget about—when the action does pop up, it’s not particularly compelling. The bulk of it involves Medina searching through records—there’s a scene where she and an analyst simply pull up financial records on a computer in a dark cubicle, which is exactly as riveting as that sounds. While O’Connor infuses Christian’s numbers scenes with energy, that’s not the case here, and these moments fall brutally flat. What drives the Feds remains fuzzy and nebulous. And even when the script reveals their motivation, it’s jumbled, not very convincing, and this is where The Accountant becomes just an average thriller full of overly expository dialogue.

While some these elements may work on their own, they don’t always mesh together well in a big-picture sense, and The Accountant suffers from an identity crisis. A twisty, espionage-esque thriller butts up against solid action scenes mixed with unique character study and, perhaps most unexpectedly, what should have been a shoehorned-in romantic angle that surprisingly doesn’t suck. 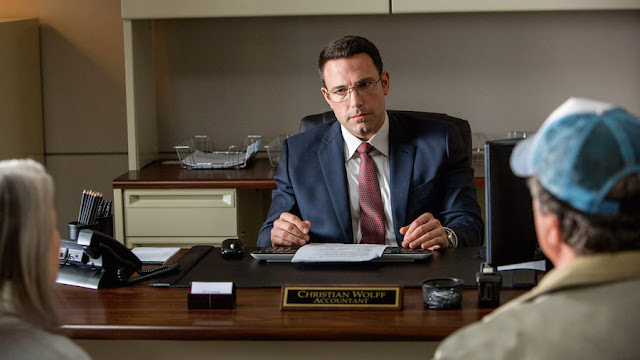 Anna Kendrick plays Dana Cummings, an eager, socially-awkward-in-her-own-way junior accountant at Christian’s legit job, who becomes embroiled in his life. The two discover they’re more alike than they initially think and form a burgeoning connection. Completely incongruous with the rest of the movie—much more meet-cute romantic comedy than taut thriller—against all odds, this aside aside works. Cast away when the main narrative builds towards the climax, the awkward interactions illuminate another side of Christian and provide an unexpected level of humor and heart. A testament to the charm and enthusiasm of both Kendrick and Affleck, this could have gone so, so wrong in so many ways, but defies the odds and this is where the film becomes most engaging.

The Accountant works best when it explores Christian and his attempts to cope with emotion and interaction. The surrounding thriller, however, reigns in anything that makes the film unique and never rises above moderately clever procedural pulp and generic action posturing—it’s not bad, it’s just not anything noteworthy. As unfocused and drastically overlong as the narrative becomes, it wraps up too clean and tidy, and wholly unsatisfying. Like Christian with a puzzle, every piece fits neatly in place, every question has a concrete answer, and a convenient flashlight shines into every shadowy corner. [Grade: B-]