New 'The Handmaid's Tale' Trailer Is A Damn Scorcher 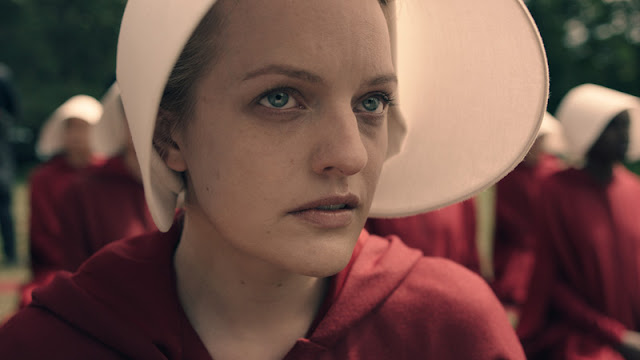 I cancelled my Hulu subscription recently. There’s great stuff available, but between other services and an increasing lack of free time, I simply didn’t use it enough to justify another expense. But I think I jumped the gun, based largely on The Handmaid’s Tale. Their adaptation of Margaret Atwood’s all-too-plausible dystopian nightmare already had my attention, but holy hell, this new trailer is all of the fire emojis.

This The Handmaid’s Tale trailer is a damn scorcher. Prescient and pressing since it was first published in 1985, in the current political and cultural landscape, this saga grows more important with every passing stroke of a certain orange leader of the free world’s pen. It’s impossible to watch this and not see it as a scathing indictment of the surreal dystopian rabbit hole our waking life is tumbling down with reckless abandon. I seriously think this singed my eyebrows.

This is like watching the evening news on any given night. Political scapegoating minorities, continuing suppression of freedoms, escalating oppression of women, environmental degradations, delusional figures in power. Hell, as Congress prepares to gut healthcare to provide tax cuts to rich white dudes, “Better never means better for everyone,” could be this administration’s official slogan.

Okay, I’m depressing myself now, but The Handmaid’s Tale is about to become the timeliest thing on television.