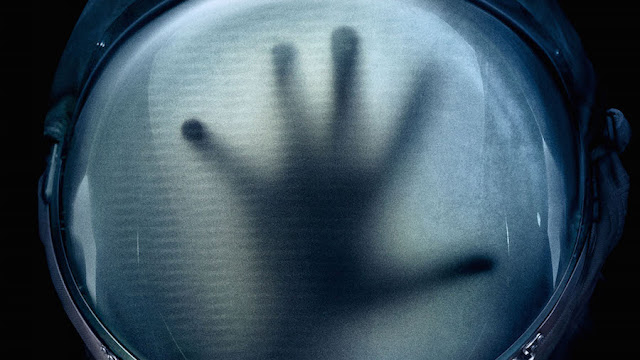 Daniel Espinosa’s sci-fi thriller Life is pure trash; pure, delicious, empty calorie-filled, delightful junk food trash. Not original in any way, and dumb as a box of really stupid rocks, it’s way more fun than it has any right to be. Even the “We were better off alone” tagline practically screams exactly what this movie is.

Since the very beginning, people have been throwing around, “Life just looks like an Alien rip off.” And while that’s not an unfounded claim—the premise is similar, with a group of space folk trapped in a spaceship, battling a malicious extraterrestrial entity—it misses the point completely. Written by Rhett Reese and Paul Wernick, the duo responsible for last year’s foul-mouthed superhero extravaganza, Deadpool, Life is a silly throwback to pulpy, contained genre potboilers. 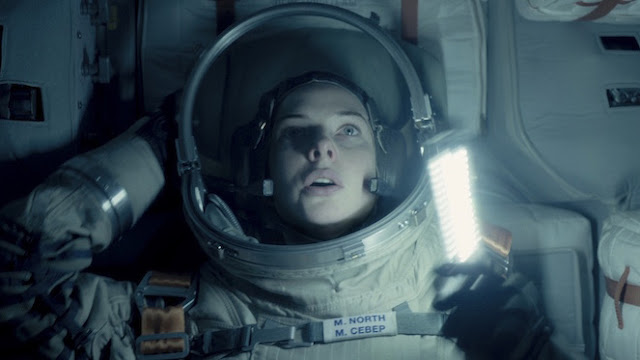 Life is a movie, after all, that builds to a major plot point as one character reads Goodnight, Moon out loud—yes, the children’s book—while waiting to die in space. Like everything else in this movie, even the surface earnestness it presents, it’s patently absurd. I get the distinct impression that the writers penned a schlocky genre joint, while the director set out to make a serious sci-fi thriller, and the two visions never quite jibe. (I seriously believe Daniel Espinosa, and many Sony executives, totally misread the script in front of them.)

The crew of the International Space Station has an important job: intercept a probe that may contain the first incontrovertible evidence of biological life on Mars, and either confirm or deny that theory. They do indeed substantiate this claim, and before long, there’s a flappy little Cthulhu-looking space jellyfish, dubbed Calvin by a group of generically precocious school children back on Earth, floating around. That, of course, does not go well, and after a brief honeymoon period, Calvin starts picking off the humans one by one. 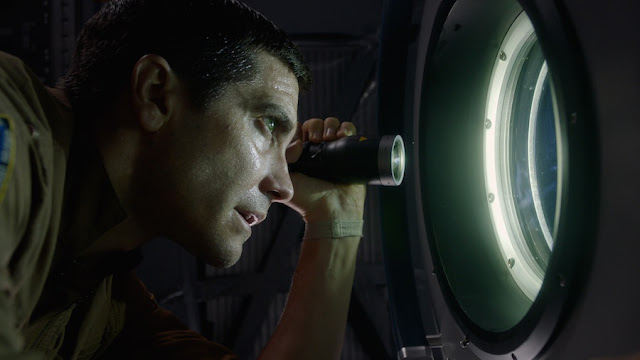 Among the crew, everyone has their role: Ekaterina “Kat” Golovkina (Olga Dihovichnaya) is the captain, Hugh Derry (Ariyon Bakare) is the science guy, Miranda North (Rebecca Ferguson) is in charge of safety and containment, Rory Adams (Ryan Reynolds) is the wise-ass mechanic, and David Jordan (Jake Gyllenhaal) is the guy who’s been in space for almost 500 days because he hates people. They have a touch more personality than some movies of this ilk, but they’re primary function is to try, and fail, to thwart Calvin. Not particularly deep or well-rendered, each character has just enough to be watchable, and the weirdly stacked cast has an easy chemistry and are likeable enough that we don’t immediately want to see them murdered by a gelatinous glob of malevolent space goo.

Espinosa and cinematographer Seamus McGarvey (The Avengers, Godzilla) clearly have a damn fine time floating around in zero gravity, following the crew through the metal tube that is the ISS. It’s actually pretty cool to realize that, in an action movie, no one ever actually takes a single step—this is easily the most impressive feat Life pulls off. Occasional big CGI space shots attempt to add a touch of grandeur, but all the fun in on the inside. Though as tight and claustrophobic as the tin-can-in-space confines could, and probably should be, the film makes zero use of that tool. 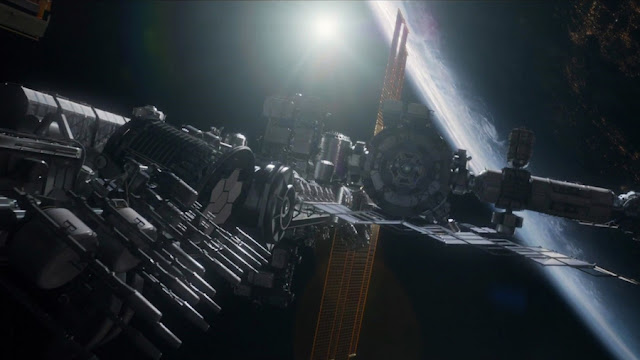 There’s never a sense of being trapped or cornered, and as a result, while Life can be a ridiculous ride, there’s not a whit of tension to be found. From the starting gun, it’s obvious where this is headed, and the end is readily apparent to anyone who’s ever seen an episode of The Twilight Zone. (In that regard, Espinosa should have borrowed liberally from Alien.) These characters are crammed into a small space in a hostile environment with a creature that wants to kill them. That’s an inherently tense, pressure packed scenario. Making the audience feel even a modicum of that stress could have pushed Life over the top to become a movie the audience remembers the next day later as opposed to the vapid, momentary, candy-coated snack it is.

This has no great concerns or grand ideas. Empty and forgettable, Life knows precisely what kind of movie it is: this is B-grade science fiction and that’s all it tries to be. Brisk and up-tempo, it never dawdles or stretches or reaches. Life is the cinematic equivalent of dropping a handful of Mentos into a bottle of soda, screwing the lid on tight, and giving it a good shake to see what chaos erupts. I walked out of the theater going, “That was awesome, dumb as hell, but awesome,” and that’s the best way I have to sum it up. [Grade: B]

Posted by Brent McKnight at 1:26 PM