Two International 'Free Fire' Trailers Use All Of The Bullets 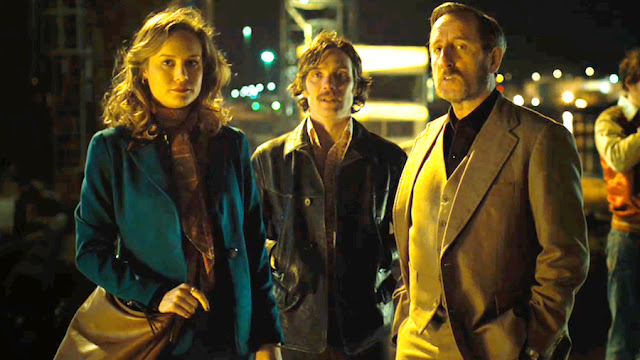 Any time Ben Wheatley makes a movie it’s going to be near the top of my must-see list, regardless of what genre umbrella it falls under. And the idea of the genre-bending maniac Brit responsible for Kill List, High-Rise, and Sightseers making a 90-minute shootout is more than enough to make me sweat. And if I wasn’t psyched enough, two new international trailers for Wheatley’s latest, Free Fire, more than do the trick—this includes a Japanese trailer that’s totally bananas.

First up is a 60-second Free Fire preview set to “Stranglehold,” which is a perfect musical accompaniment.

This trailer tells us all we really need to know. There are two gangs of 1970s thugs made up of every famous actor ever—Brie Larson, Sharlto Copley, Cilian Murphy, Armie Hammer, Noah Taylor, Sam Riley, Michael Smiley, and Jack Reynor. One wants to buy guns, one wants to sell guns, the deal goes south, bullets (reportedly 7000) fly. In the midst of the violence and mayhem, jokes and quips and apparently crowbars fly fast and furious.

Set in Boston around 1978, a large weapons deal is about to go down between a group of IRA militants and a cocky arms dealer. In an abandoned warehouse, a middle man and extra muscle have come along to make sure the deal goes smoothly. Tensions are running high and anger is close to the surface. The exchange appears to go well – until the first shot is fired. An explosion of violence and accusations ensue as everyone present fights for their life , and the big bag of money lying on the floor.

Some folks saw Free Fire at the Toronto International Film Festival, and even more just checked it out at SXSW, and it’s been described as a chaotic, energetic, feature-length shoot out.

And if all of the people I trust most when it comes to this type of action lauding Free Fire isn’t enough to start me salivating, this Japanese trailer sure as shit does the trick. It’s not even the content of the video—it’s mostly footage we’ve seen before, again, set to a Ted Nugent jam—it’s the announcer that does the selling. Now, I don’t speak Japanese, but that doesn’t matter a whit. This dude seriously has the enthusiasm of a Mexican soccer announcer and it’s completely infectious.

Free Fire was recently pushed back a week and now opens on April 21. And take a moment to gawk at the awesome poster Mondo concocted to mark the occasion. 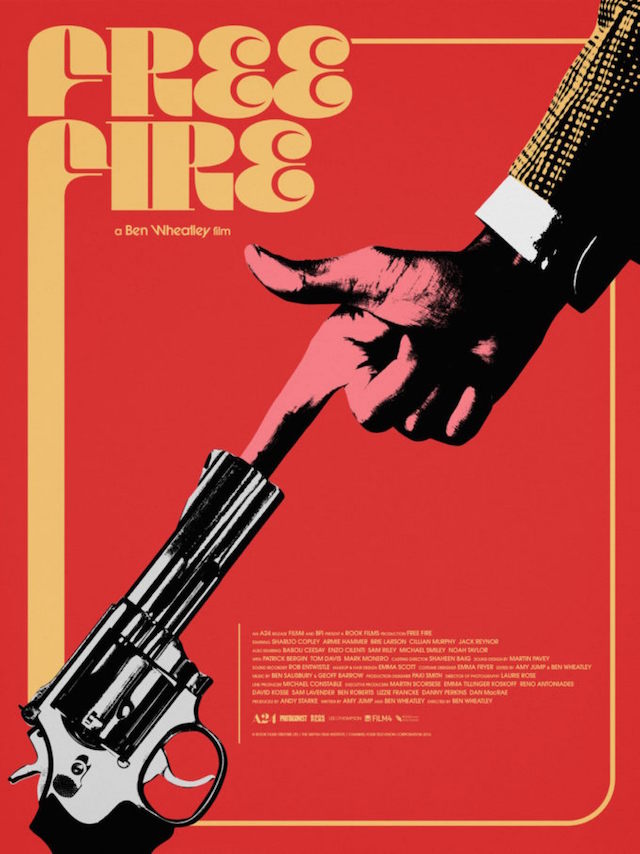 Posted by Brent McKnight at 8:51 AM