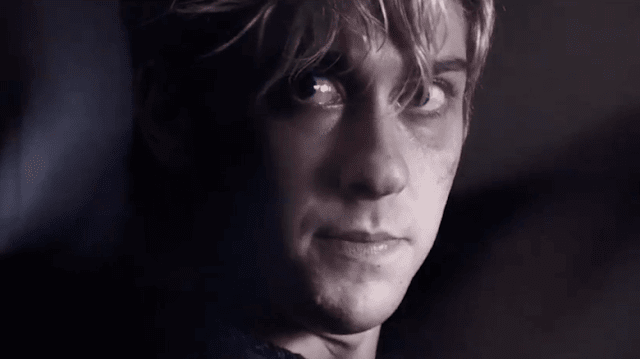 Cards on the table, I know nothing about Death Note. It’s apparently a super popular manga, which isn’t really my scene and explains why I know nothing about it. I do, however, know a thing or two about Adam Wingard, and those things are more than enough to get me excited for anything he’s involved with. (Even though Blair Witch was a total waste of time, The Guest and You’re Next suffice to bolster my enthusiasm.) Wingard’s Death Note adaptation hits Netflix later this year, and the streaming giant just dropped a first trailer.

Cryptic and low-key, this Death Note trailer doesn’t do much more than set the mood and give the basic premise, which is, “What if you had the power to decide who lives and who dies?” Compelling horror joints have been made with so much less.

And this appears to be set in Seattle, and I’m a sucker for anything set in Seattle. (Almost—I’m still not on board the 50 Shades train.) And I love that Wingard takes down the Big Wheel. (Seriously, no one came up with a better name than “Big Wheel”?) And I mean, shit, if you're going to whitewash something, with Death Note certainly looks like it's doing, it doesn't get much more whitewashed than Seattle.

A young man comes to possess a supernatural notebook, the Death Note, that grants him the power to kill any person simply by writing down their name on the pages. He then decides to use the notebook to kill criminals and change the world, but an enigmatic detective attempts to track him down and end his reign of terror.

Death Note is one of those properties that’s been kicking around for years. At various stages, Shane Black and Gus Van Zant were linked to the director’s chair, but it’s Adam Wingard who’s finally bringing it home, at least for American audiences. In 2006, Shūsuke Kaneko directed a live-action Japanese adaptation, as well as a sequel the same year.

This also marks a departure for Wingard as he's not working with Simon Barrett, who has written just about everything Wingard has done. If nothing else, it will be interesting to see what it's like when the two work apart.

Death Note looks creepy and good and what the hell, a disembodied Willem Dafoe voice pops up just to drive home the fact that this is creepy and good. It also stars Nat Wolff, Margaret Qualley, Keith Stanfield, Masi Oka, Paul Nakauchi, and Shea Whigham, and hits Netflix on August 25.

This is yet another instance where I’m curious if Netflix will put this into theaters or not? There doing that for Bong Joon-ho’s Okja, and Death Note seems prime for the same treatment, but we’ll have to wait and see.
Posted by Brent McKnight at 9:24 AM