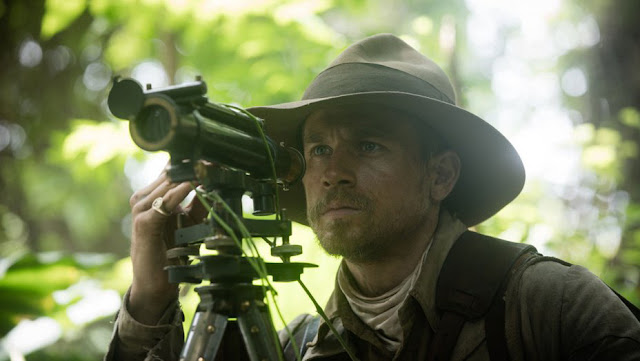 To get this out of the way up front, I hated every second of James Gray’s The Lost City of Z. In reality, that’s probably all you need to know. Everything that comes after this is simply a more specific reiteration of that larger point. I dislike this in a raw, visceral way that I don’t hate many movies.

The adaptation of David Grann’s 2009 nonfiction book, The Lost City of Z: A Tale of Deadly Obsession in the Amazon, is dull, tedious, 45-minutes longer than necessary, and sitting through the exploits of a man who continually abandons his family to explore the Amazon felt a bit like being dragged slowly over broken glass. And not particularly sharp glass, it’s not even that noteworthy. It slips quickly from methodical to brutally dull. 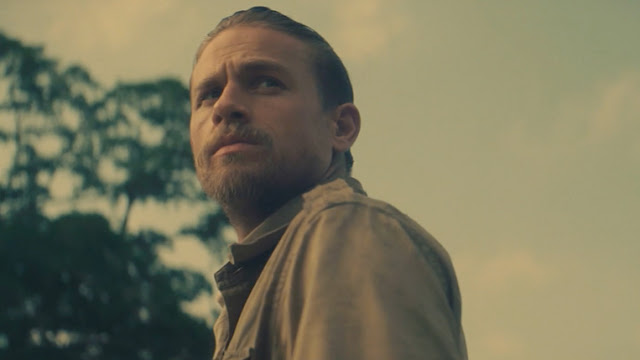 The film follows the saga of Percy Fawcett (Charlie Hunnam), a British military man and explorer who repeatedly ventures into the Amazon searching for a mysterious lost city he calls Z. Tracking him from 1905 until his ultimate disappearance in 1925, he delves deep into the jungle multiple times, with a brief stopover to fight in World War I. That sounds like perfect fodder for a fascinating big screen epic. Only Gray and company manage to pound every last breath of life out of the story and make a movie devoid of any urgency, momentum, tension, or intrigue. 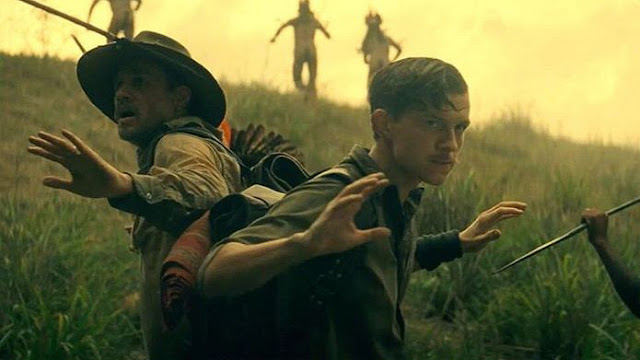 It’s almost impressive how Gray, who also adapted the screenplay, manages to make what should be a thrilling journey of passion and borderline madness into a flat, boring 141-minute slog through waist-deep mud. The Lost City of Z wants to be Fitzcarraldo, it wants to be Heart of Darkness, and it fails so, so miserably at mimicking those narratives.

The Lost City of Z reveres its protagonist to the point of idolatry. Even the fact that he continually abandons his ever-growing family is somehow never portrayed as a character flaw—admittedly, there is one instance where his son whines about his leaving, but the script glosses over in short order. As a result, Percy has no depth, no rough edges, no personality to speak of. 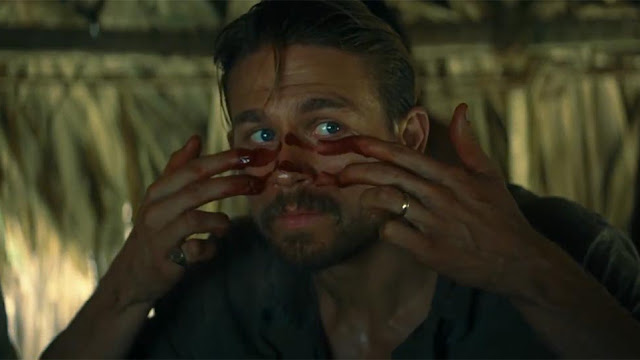 It doesn’t help matters that watching Charlie Hunnam is like watching a handsome block of wood come to life to deliver lines. And I actually like Charlie Hunnam, though I’m not entirely sure why. There’s something quite personable about him, but while he’s been in movies I enjoy—Pacific Rim, Children of Men, Crimson Peak—he’s not much of an actor. In defense of his performance in The Lost City of Z—which is, admittedly, likely his best to date—the dialogue, as written, sounds like it was written for blocks of animated wood, and there’s zero in the way of character development outside of Fawcett having some low-level daddy issues early on. Even his “obsession” is lukewarm—he comes across more like a man who wants to get away from his momentary dalliances with his wife and kids than a man burning to get back to the jungle.

Though I know the story is set in the Amazon, this could be almost anywhere. There’s no scope, scale, or sense of anything larger. Cinematographer Darius Khondji (Se7en, Delicatessen) keeps his camera low so all we see is trees and a river. A few quick helicopter shots of ships steaming across the ocean are all the majesty we get. And though it’s set in what should be a lush, lovely, exotic place, the film is muddy and beige and unremarkable. You never feel the power or presence of the Amazon. And god help you during interior shots, which are under-lit to the point where it’s difficult to make out characters’ faces. 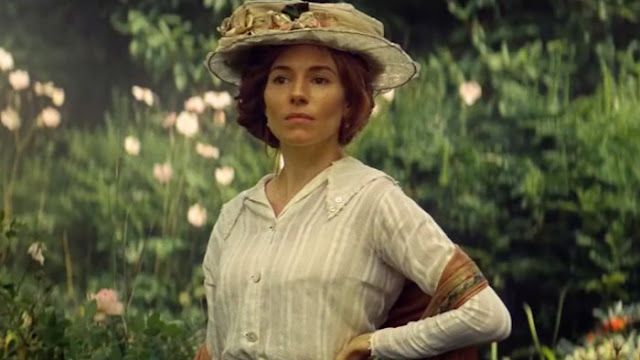 Even the war scenes are ho-hum and run of the mill. I get why The Lost City of Z includes the World War I aside—and that’s all it is, an aside. It really happened to this real person. And it is World War I; it’s kind of a big deal. But in reality, that entire arc (I hesitate to call it an arc because it’s a flat fucking line, like the rest of the movie) could be excised without losing a single thing. He gets wounded, is briefly sad he may never make it back to the Amazon, and then he’s almost instantly better and on his way again. Oh, and his son (Tom Holland, playing a caricature of a Dickens character) likes him a touch better, so there’s that.

The period details and costumes are on point. So is the make-up in most cases. Sienna Miller’s Nina Fawcett, Percy’s wife, ages delicately and realistically on screen over 20 years. It’s a shame she doesn’t have more to do, because Miller is quite good. Aside from a strong scene at the end—probably my favorite bit of the movie—she’s on screen for like four minutes at at time. Just long enough to wring her hands over Percy, get pregnant (every time he comes home, he knocks her up and bounces), and watch him leave again. 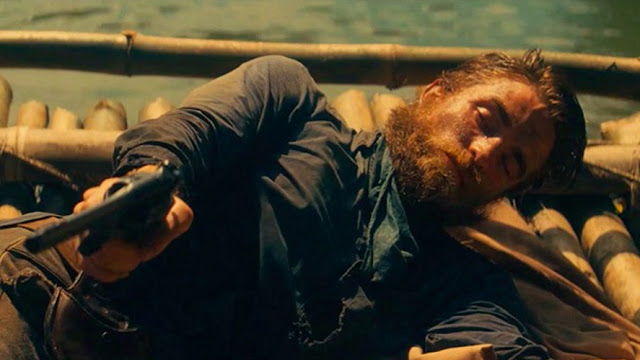 The same cannot be said for Charlie Hunnam’s make-up. He never looks like anything but a hunky 36-year-old dude who occasionally has gray streaked into his hair and mustache. Robert Pattinson, as Percy’s BFF and travel buddy, Henry Costin, suffers a similar fate. At least he’s having a good time as a mumblecore bearded weirdo who legitimately looks like he stumbled out of the woods. If the movie followed him, it might actually be interesting.

In case you didn’t notice, I found almost nothing of any value in The Lost City of Z. It’s an adventure without any sense of adventure, a tale of obsession from a character who never appears obsessed, and an epic that’s more of an epic failure. I know for a fact from conversations leaving the theater that others don’t feel the same way, but I found this a plodding, profoundly empty trudge into a barren wilderness. [Grade D+]

You might be the only one who agrees with me, but I'm glad I'm not alone!