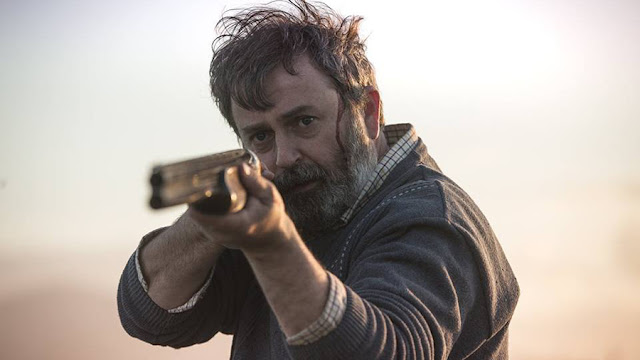 Never mess with a man’s mother. That’s cinematic villainy 101. It doesn’t matter how old the guy is, and in the case of Chris Baugh’s debut feature, Bad Day for the Cut, that’s certainly the case, because this old dude will mess you up but good.

An aging Irish farmer (Nigel O’Neill in a moving, blackly comic performance that carries the film) lives with his ma and goes on bloody revenge mission when she’s murdered. His quest carries him into the depths of a criminal underworld of killers and sex traffickers. The plot takes this scruffy everyman through unexpected twists and turns, revealing harsh truths in a smart, fun saga of violent retribution. [Grade: B+]

Posted by Brent McKnight at 8:47 AM