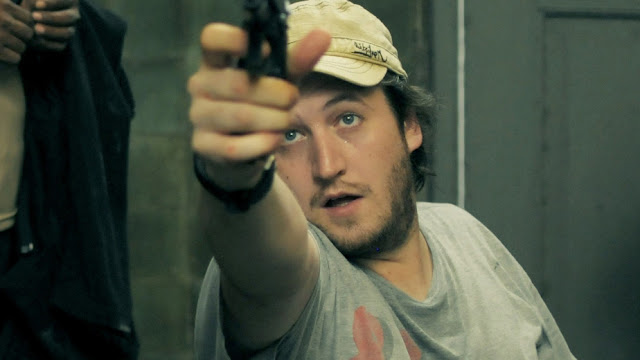 After Merantau, The Raid, The Raid 2, and even that short, I’m completely in the bag for anything Gareth Evans does next. That especially includes his upcoming Apostle, which, in addition to being a Gareth Evans movie, also has an awesome cast and sounds freaking rad. It’s still off in the distant future, but now we have our first look at Apostle. Check it out after the jump.

Admittedly, this photo from XYZ Films doesn’t reveal much about Apostle. We know the movie takes place in 1905 and the plot involves a man who travels to a remote island to rescue his kidnapped sister from a religious cult who demands a ransom for her. So, the prevailing logic states that this is an image from the cult in question. It looks suitably 1905-ish and cult-ish and feels like it could be lifted from a movie about the Salem Witch Trials.

The year is 1905. Thomas Richardson travels to a remote island to rescue his sister after she’s kidnapped by a mysterious religious cult demanding a ransom for her safe return. It soon becomes clear that the cult will regret the day it baited this man, as he digs deeper and deeper into the secrets and lies upon which the commune is built.

I especially enjoy the part about the cult messing with the wrong dude. That’s always a fantastic recipe for movies of this ilk.

Dan Stevens plays Thomas Richardson, and while he’s not your typical Gareth Evans leading man—basically, he’s not Iko Uwais—he’s more than proven he’s up to the badass challenge. Between Beauty and the Beast, Colossal, and Legion, he’s everywhere, but it’s mostly the way he dismantles people in The Guest that has me psyched for this particular role.

In addition to Dan Stevens, Apostle also stars Michael Sheen, Lucy Boynton, Mark Lewis Jones, Bill Milner, Kristine Froseth, and Paul Higgins. (Is it too much to ask for Iko Uwais and Yayan Ruhian to also show up?) It’s filming now, and you better believe I have my eyes closely glued to this one.
Posted by Brent McKnight at 9:26 AM